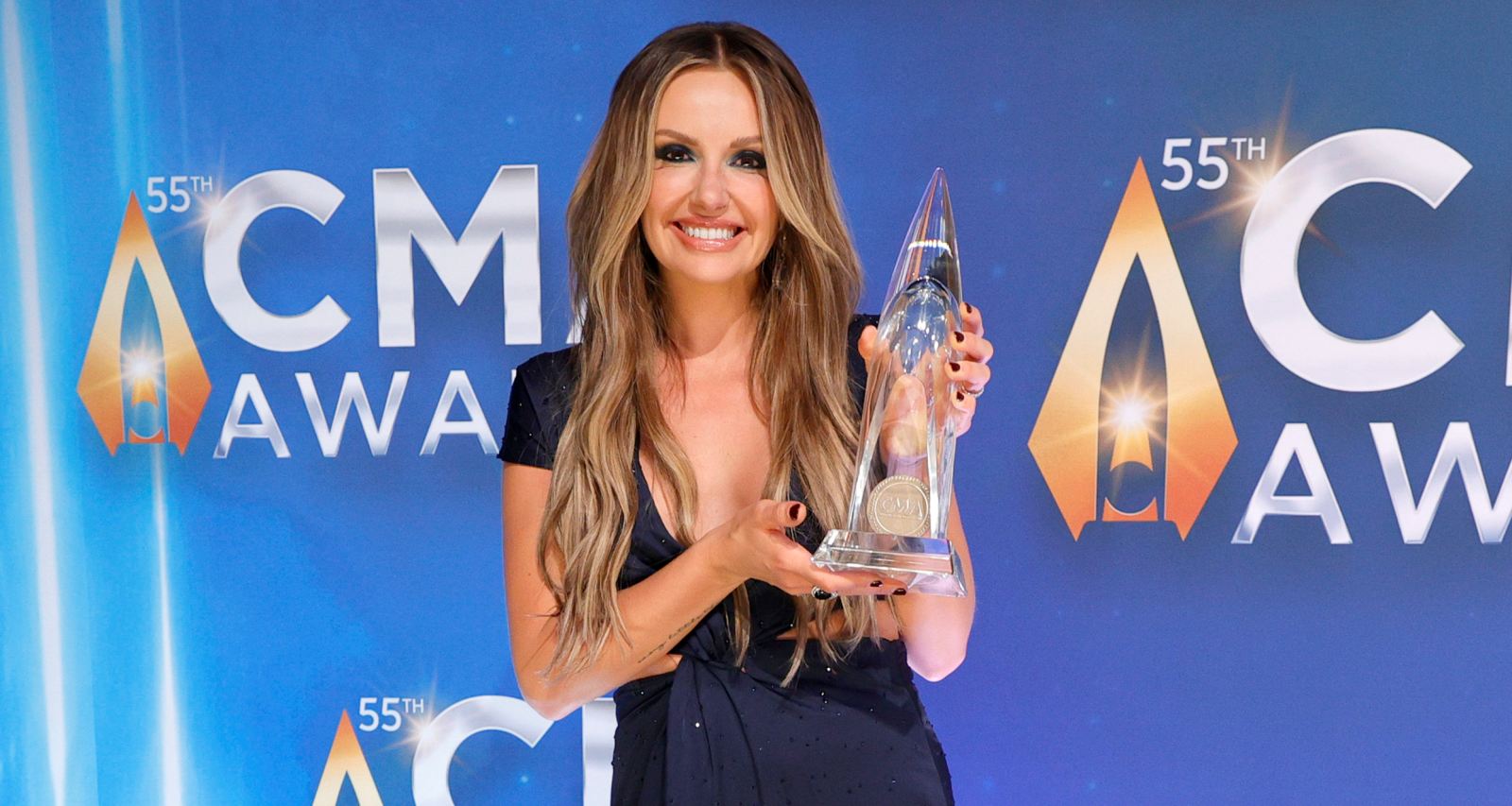 Carly Pearce at the Bridgestone Arena on November 10, 2021 in Nashville, Tennessee. (Photo by Jason Kempin/Getty Images)

Carly Pearce had a roller-coaster year fresh off the heels of her divorce from Michael Ray. The country music star turned her divorce into a series of hit songs, but that’s not what got her fans talking. The “I Hope You’re Happy Now” singer won big at the 2021 CMA Awards and also went public with her relationship with new boyfriend Riley King. The couple had been teasing Pearce’s social media followers for a while, but they now have confirmation. And they want to know more about who Carly Pearce’s boyfriend is. So we reveal those details in this Riley King wiki.

Riley King was born on April 23, 1994, and originally hails from Missoula, Montana. He is currently based in Nashville, Tennessee.

He is one of three sons born to Lisa and Bob King. His father Bob was a football player at Montana State. Currently, Bob and his other two sons, Taylor and Robby King, among other relatives, work for State Farm Insurance.

When he was based in Montana, Riley King was a multi-sport athlete, playing football, basketball, and baseball. Not only was he the star athlete at Missoula Sentinel High School, but his baseball skills brought him to the MLB.

This outfielder was attending Carroll College, but dropped out after his freshman year when the Kansas City Royals drafted him in 2013. After three years in the minor league system, King left baseball behind and enrolled in the University of Montana Western. While pursuing his degree in business, he was on the basketball team roster.

Before graduating in 2018, King interned with State Farm Insurance for less than a year. He also coached Missoula youth athletes  in baseball for four years.

Soon after graduating, the former baseball pro spent a year on the Central Washington University basketball team’s coaching staff as an assistant coach. He returned to his hometown to work for State Farm again before moving to Nashville in 2020.

In Nashville, he signed on with an agency as a model last year. However, he is primarily a licensed realtor. After working with Parks Realty, Riley King and his business partner co-founded and are co-owners of the Cowan King Group.

Country music hitmaker Carly Pearce went public with her relationship with fellow musician, Michael Ray, in 2018. They married the following year, but only eight months into their marriage, Pearce filed for divorce.

The divorce spawned a series of heartbreak-themed hits from Pearce. However, she surprised her fans by posting a picture with Riley King in May 2021. When asked in subsequent interviews if she was dating the Nashville realtor, she played coy and merely stated that she is “happy.”

Pearce made her relationship with King red carpet official at the 2021 CMA Awards. As she won Female Vocalist of the Year, she had King by her side, and her fans couldn’t be happier.