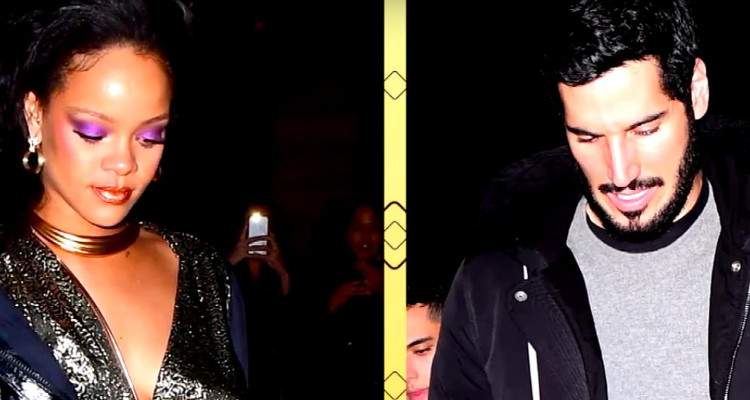 Hassan Jameel and Rihanna were first spotted getting cozy and kissing in Ibiza in June of last year. However, the duo have been seen together a few more times since then and were recently photographed by the paparazzi leaving a Grammys after-party together. So, who is the mystery man making Rihanna so happy? Keep reading to know more about Rihanna’s boyfriend with details from our Hassan Jameel wiki!

Rihanna recently bagged the award for Best Rap/Sung Collaboration for her track “Loyalty” (with Kendrick Lamar) at the Grammy Awards, on January 28, 2018. However, her “Wild Thoughts” performance that night resulted in pregnancy rumors erupting on Twitter.

Many people think that Rihanna is pregnant due to her weight gain and because she kept touching her stomach during her performance.

However, Rihanna is also in the spotlight as she was seen celebrating her victory with her beau, Hassan Jameel, at 1 OAK nightclub in New York City, on Sunday. Reportedly, Jameel left the party scene earlier than his reported girlfriend. But, they managed to attract a lot of paparazzi, nonetheless.

In June 2017, the couple got hot and heavy in a pool in Spain. So, when the paparazzi spotted her making out in the swimming pool with a handsome stranger, the shutterbugs went crazy!

The pictures of the steamy encounter made their way all over the Internet, and since then, fans have been trying to find out who this mystery man is. So, who is Rihanna’s rumored new boyfriend?

He is believed to be Hassan Jameel, Naomi Campbell’s ex-boyfriend. However, they are apparently good friends now.

Hassan Jameel is a businessman from Saudi Arabia. His family is linked to one of the biggest companies in the world, Abdul Latif Jameel Co., who owns the rights to sell all Toyota’s vehicles in Saudi Arabia.

Jameel is stepping into the limelight in the business world and is one of the newest faces of Abdul Latif Jamee Co. He is currently the deputy president and vice chairman of the company.

Although Hassan Jameel’s net worth is not known at this time, his family has a reported net worth of $1.5 billion.

Could This Be Love?

The couple have allegedly been trying to keep their romance a secret and out of the media. But, it was reported that Rihanna has been talking about it to her close friends.

According to one source, “This relationship is the real deal. Rihanna has told friends she’s in love with him and seems completely smitten. They’ve been spending a lot of time together away from prying eyes and are really serious. They’re really enjoying each other’s company.”

Anyone who saw the couple’s steamy pics wouldn’t doubt that!

Living It Up in Style

Rihanna and Hassan Jameel recently took a vacation to Paris and looked quite happy in each other’s company. And they were even seen living it up at a private luxury villa as they took sips of champagne between kisses.

Also Read: Who is Johnny McDaid? Age, Net Worth, & 5 Facts to Know about Courteney Cox’s Boyfriend