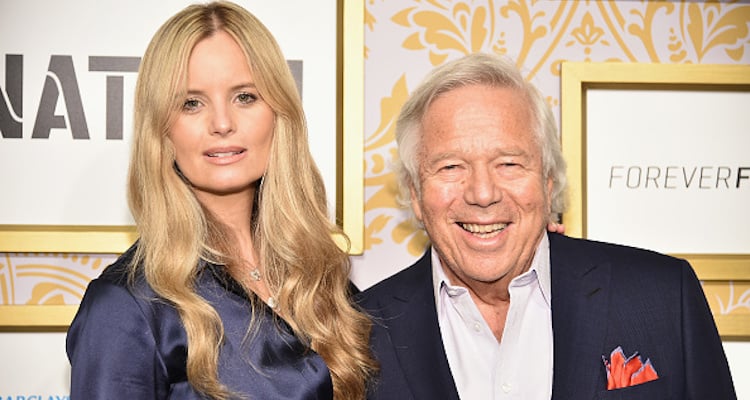 Keeping baby news under wraps seems to be the trend lately, and it’s not just the Kardashians that are doing it! While many are used to searching for actress Ricki Noel Lander’s hot pics on Google, it was just announced that she had a baby at some point in 2017! While she’s been quiet on whether or not she’s still Robert Kraft’s girlfriend, pics of her are still being searched. We’ve got some of the best ones here!

There has been speculation that the New England Patriots owner could be the father of Lander’s new baby (especially since the couple has been on-and-off-again for years), but that’s reportedly untrue.

“Last fall, Ricki Noel Lander became the proud mother of a beautiful, healthy baby,” the Patriots spokesperson wrote in an email early Thursday. “While Robert Kraft is not the biological father, he is thrilled with Ricki’s blessing of having a healthy child. With respect to her family’s privacy, we will not be commenting any further.”

With her name back in the news, many are looking up pics of the blonde beauty. We’ve found some great pics of Robert Kraft’s girlfriend. So, keep reading (and gawking)! 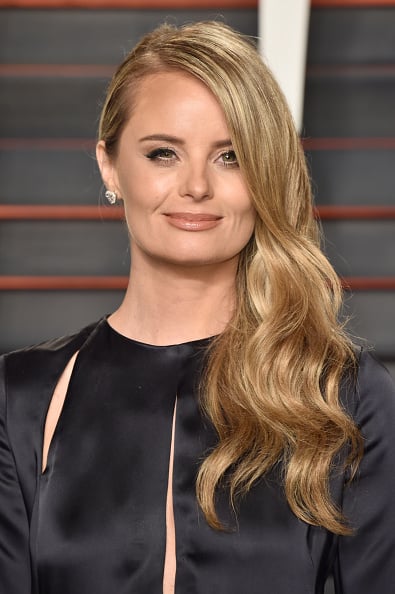 Her Instagram may be privately set, but that doesn’t mean people aren’t looking for other sexy bikini pics of the 38-year-old online! And why wouldn’t they—the girl is an absolute bombshell! The pair were also seen at the NBA All-Star game in Los Angeles in February and were posing with stars Snoop Dogg, Michael B. Jordan, and more. But if they really are back together, many are very curious to know who the father is, since it’s not the 76-year-old Patriots owner. 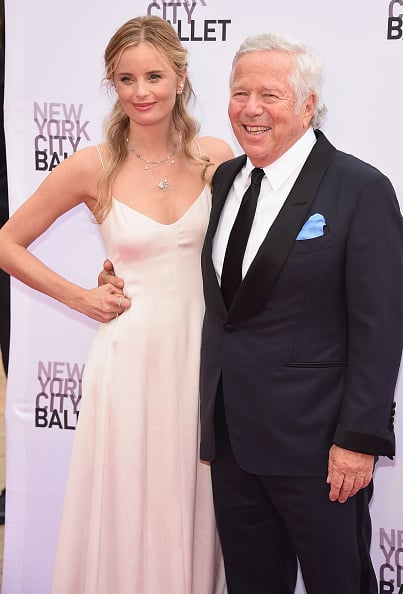 According to a source for Page Six, Kraft is helping to care for the child, despite not being the biological father.

“Bob is fully supporting the child. There is a lot of tiptoeing around the subject at the Patriots offices. Everyone is afraid to openly talk about it,” said the source. 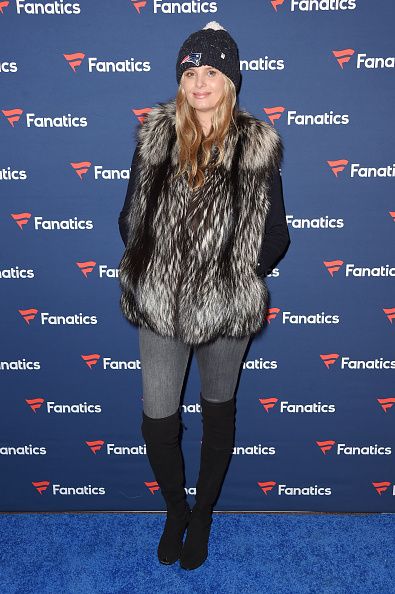 According to the magazine, the billionaire’s four sons said that the family trust could be rearranged in order to provide for the baby. In 2013, the trust was changed so Kraft’s kids could have more control over the assets, which was allowed by the Massachusetts Supreme Court. 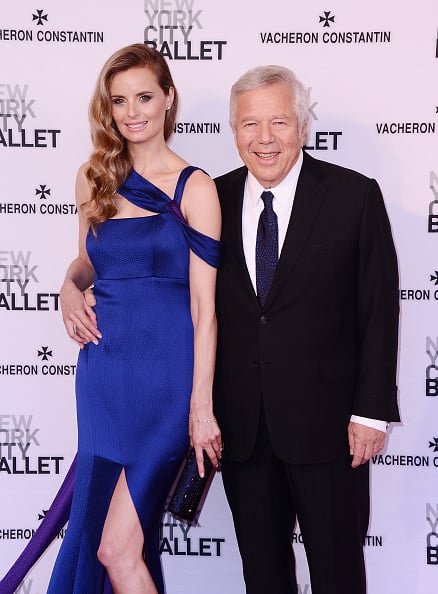 For someone who isn’t the father, Kraft certainly has a big heart! But it could also be gratitude since Lander was there for him shortly after his wife, Myra, died. Reports say that Lander and Kraft were on-and-off for some time, so it doesn’t look like there are any allegations of cheating in the mix. Either way, it’s big of Kraft to help out. Check out a few more pics of the couple below!

Matching Her Man in Navy! 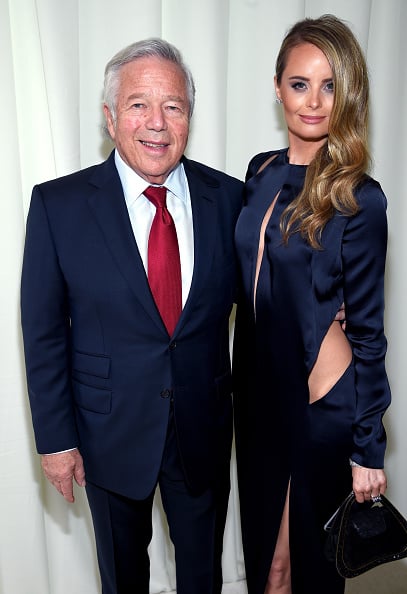 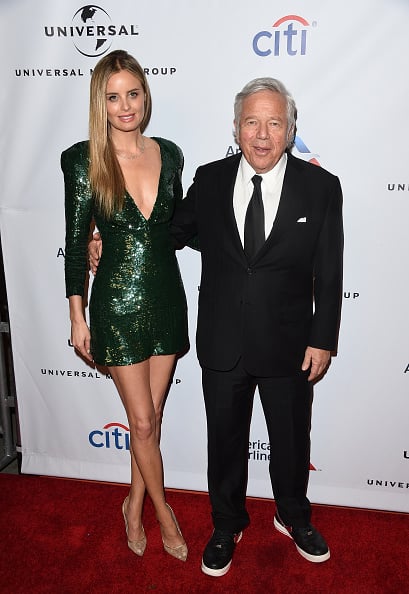 Working the Red Carpet in Gold! 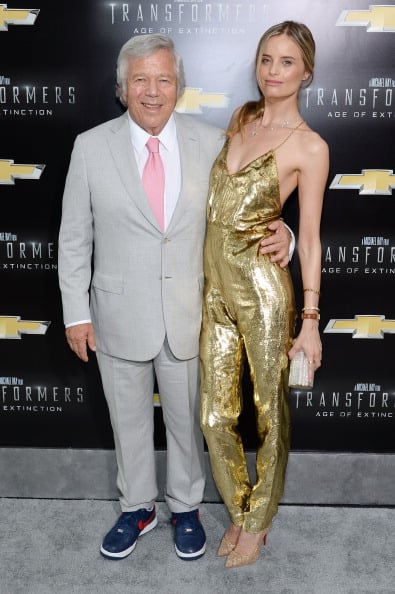 Looking Leggy and In Love! 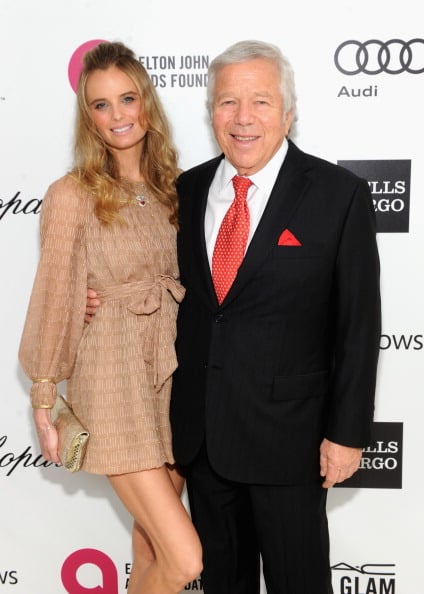