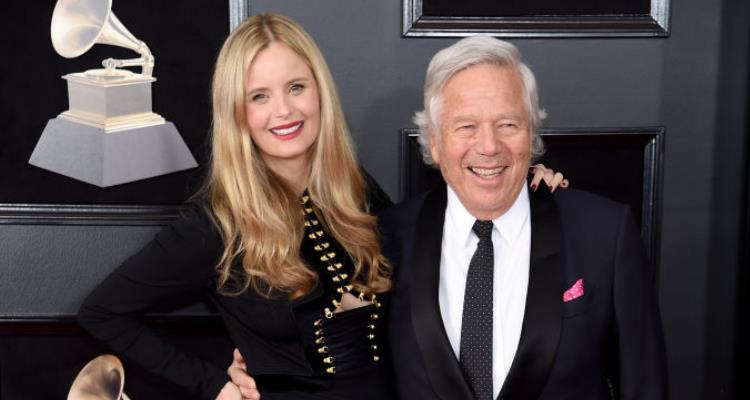 Who is Robert Kraft’s girlfriend? With Super Bowl 52 airing this Sunday, fans have been paying close attention to the New England Patriots, and that includes the team’s owner and his personal life. Are Robert Kraft and Ricki Lander still a thing? Whether they are or aren’t together, our Ricki Lander wiki has what you need to know about her.

Who Is Ricki Lander?

Ricki Noel Lander was born in 1980, in Salt Lake City, Ohio to Peggy and Robert Lander. She left home when she was just 15 years old and moved to California to train with the Los Angeles Classical Ballet. Although she graduated from Florida International University, she  worked as a model and eventually became an actress, though she isn’t well known. You may remember her as a flight attendant in 2008’s Iron Man, but many would better recognize her as Robert Kraft’s girlfriend. Some of her other roles include guest appearances in shows like True Blood, Ugly Betty, and Prison Break.

Ricki Lander’s age is 39 years younger than Kraft’s but that didn’t stop them from finding a connection! They started dating a while after Kraft’s wife, Myra, died of cancer in 2011. According to his family, the owner of the New England Patriots wasn’t getting any sleep or taking care of himself.

“We made it very clear that we all prefer he choose the path of figuring out how to regroup, and part of that was finding companionship,” said Kraft’s son, Jonathan, 52. “That when the time was right, that would be an important part of the process.”

The players wore a patch on their uniforms that had Myra’s initials on them, saying MHK.

The two are often seen at prestigious events and were just photographed together at a pre-Grammy brunch on January 27, looking as happy as ever! 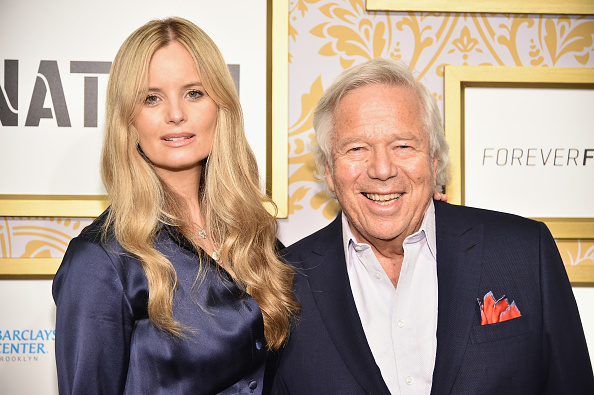 Kraft and Trump are Friends

While many in the country aren’t shy about their dislike for the President, Kraft has a personal reason for backing Trump, despite the amount of controversy. Despite being a lifelong Democrat and a past donor of President Barack Obama, Trump supported Kraft during a difficult time in his life.

“When Myra died, Melania and Donald came up to the funeral in our synagogue, then they came for memorial week to visit with me,” Kraft told the Daily News. “Then he called me once a week for the whole year, the most depressing year of my life when I was down and out. He called me every week to see how I was doing, invited me to things, tried to lift my spirits. He was one of five or six people that were like that. I remember that.”

If you’re looking for Ricki Lander’s hot pics, then we’ll save you some time. Her Instagram is privately set (weird, right?) and she’s not very active on Twitter, either. But don’t worry, you can just browse online and have a look at her from past events and movies!

Robert Kraft and Tom Brady have been close for a long time, so it’s no surprise that the quarterback and CEO have a Super Bowl ritual together.

“I’ve had a ritual for the whole time that Tommy’s been playing where I see him right at his locker before the game and we have a little chat,” the chairman and CEO of the Kraft Group said on CNBC’s Squawk Box. “I can usually look in his eyes and usually see how we’re going to do.”

Well, we will see how Brady does on Sunday at the super Bowl when all eyes are on him! As for Ricki Lander, we’re sure that she’ll be at the big game to support Kraft’s team on Sunday, too!