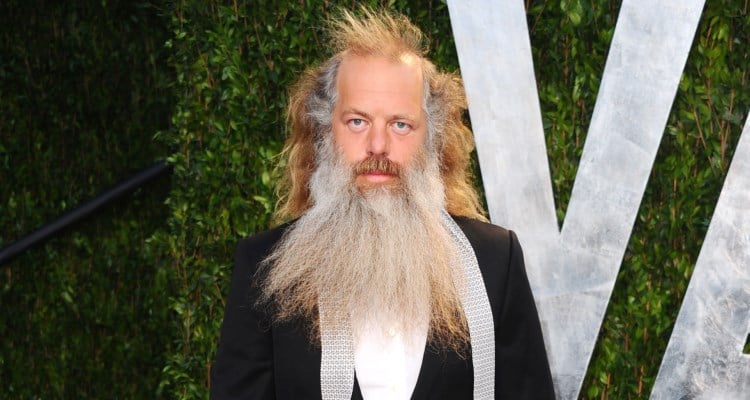 Kendrick Lamar will be working on a new album and asked record producer, Rick Rubin to help him “put all the paint on the wall and see where that goes.” In an interview for a new cover story in GQ Style, the two discussed their plans to collaborate on music together. Lamar has big plans to continue evolving his sound, as he works on record after record. He told GQ that his music would always have the same core elements and he compares his growth as a person to a chameleon. “That is a gift and a curse for me. But more so a gift, because it never puts me in a box. And my ability to express and still make the connection wherever I go, that is my high point. That’s something I pride myself off of.” To make his dream happen, he has chosen Rick Rubin to help him out. Who is Rubin? Everything you need to know about Rick Rubin’s net worth, career, and more is right here in our Rick Rubin wiki.

Who is Rick Rubin?

Born March 10, 1963, Rick Rubin is an American record producer and was once the co-president of Columbia Records. He founded Def Jam Records with Russel Simmons and also started up the company known as American Recordings. Rubin had a huge influence in making hip hop music as popular as it is today, by working with groups like the Beastie Boys, Public Enemy, LL Cool J and Run-D.M.C. He’s also worked with popular artists and groups such as the Red Hot Chili Peppers, Johnny Cash, Jay Z, Dixie Chicks, System of a Down, Weezer, Linkin Park, Black Sabbath, Eminem, Frank Ocean, and more. He was referred to as “the most important producer of the last 20 years” by MTV, and is considered one of Time’s 100 Most Influential People in the World.

Thanks to his hard work and success in the music industry, Rick Rubin’s net worth stands at a whopping $400 million!

Rubin’s production style is considered to be a “stripped down” sound, which focuses on raw vocals and bare instrumentation. He is known to eliminate string sections, reverb and backup vocals. He commented on his style to Rolling Stone in February and said, “I don’t really have any control over what’s going to happen with a recording.” He continued, “It’s more just experimentation and waiting for that moment when your breath gets taken away. It’s an exciting, exhilarating thing when it happens. But it’s not anything to master. You just have to recognize it when it happens and protect it evaporating. It takes luck, patience, a strong work ethic and being willing to do whatever it takes for it to be great. It’s a bit of a process we have to go through to get there.”

A Possible Future with Santana

Rick Rubin’s history of success is always getting the attention of various artists. On Thursday, Spin reported that Carlos Santana is hoping to make an album with Rick Rubin! He spoke to Billboard and expressed his hopes to do more dates with his band, work on two new album projects, and record new “forward-thinking” music. “I reached out to [Rubin] because my intentionality is to get back to the top 10 or No. 1 on the radio to get back to the Super Bowl and the World Cup.”