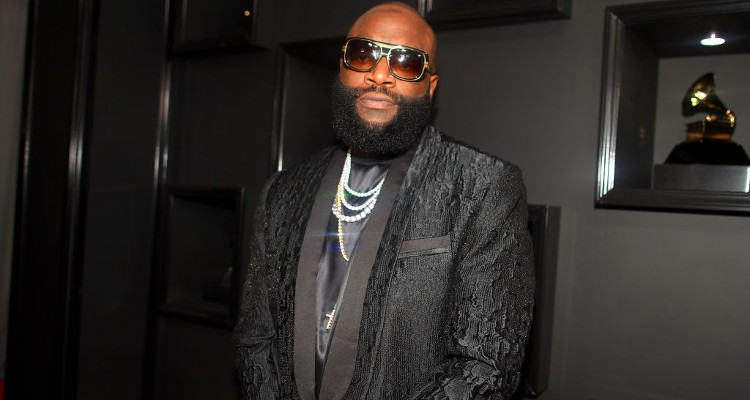 Rick Ross is one of the most famous rappers around. He is also notorious when it comes to relationships. Here are all the women Rick Ross has dated, including some details from his rumored current flame, India Love’s wiki.

William Leonard Roberts II, famously known as Rick Ross, is a rapper and an entrepreneur. Rick was born in 1976, in Clarksdale, Mississippi, but was raised in Carol City, Florida. He graduated from Miami Carol City Senior High School and later went to Albany State University on a football scholarship. He then worked as a correctional officer for 18 months. After that, he decided to try his hand at rapping and soon became the Rick Ross we know today. Rick Ross has an amazing professional life, but what about his personal life? The rapper is famous for his relationships, as he always has someone by his side. But who is he dating now? Though it has not been confirmed that she is indeed the new lady on Ross’ arm, India Love could be Rick Ross’ girlfriend in 2017. We’ve got all you need to know about her, and information on Rick Ross’ past relationships, right here!

like a Real Sicko, when you get to know me N*gga!

Social media is both a curse, as well as a blessing for celebrities. Case in point; Rick Ross is getting attention for a diamond emoji! When India Love posted a nude photo of herself on Instagram, Ross commented on it with a diamond emoji. Not too long later, the two were spotted partying in New York City. According to reports, India flew down to the Big Apple for Ross’ birthday.

The 21-year-old model was born on February 3, 1996, in California. Her real name is India Westbrooks, and she rose to fame through Tumblr. She later became a model for various clothing brands. In 2015, her career had a significant boost when she starred alongside her sisters Morgan, Brooke, Crystal, and Bree on the reality show The Westbrooks. India has a strong social media presence with more than 2.8 million followers on Instagram.

There is also a clip that has gone viral, with India and Rick Ross dancing real close. Does this mean that the are dating? Rick recently appeared on The Wendy Williams Show where he cleared up the rumors, saying he is not dating India Love. “No, no, I just got to say this. I’m just attracted to creativity. I’m attracted to creativity and what a lot of people don’t know about India is she’s an incredible artist – she’s not signed to MMG but she’s helping me out with Rich Hair Care, a new product I’m a part of.” So, there you have it folks. Rumor debunked, straight from the horse’s mouth!

Rick started dating the fashionista in 2009. According to sources, Shateria has her own fashion line called Frontrow Couture, which was featured in New York Fashion Week. She is from Maryland and previously worked as a consultant, as well as personal stylist. Rick and Shateria dated for a few years, but went their separate ways in 2013.

Other Ladies in Ross’ Life

After his breakup with Shateria Moragne-El, Rick Ross dated and was engaged to model Lira Galore, but they broke their engagement off in November 2015.

He spoke about his breakup with Lira on The Wendy Williams Williams Show saying, “I don’t recall how we handled the ring. It was an extremely nice ring but I just know however we worked it out, she was cool with it because that’s what I wanted. That’s what was more important to me – I must admit, I made mistakes. It’s nothing personal.”

Rick is also known for dating many younger ladies. When he was 40, he dated an 18-year-old girl named Cortney, who graduated from high school in January 2016. Though Ross has said there is nothing brewing between him and India Love right now, we will just have to wait and see if working together could make the sparks fly!