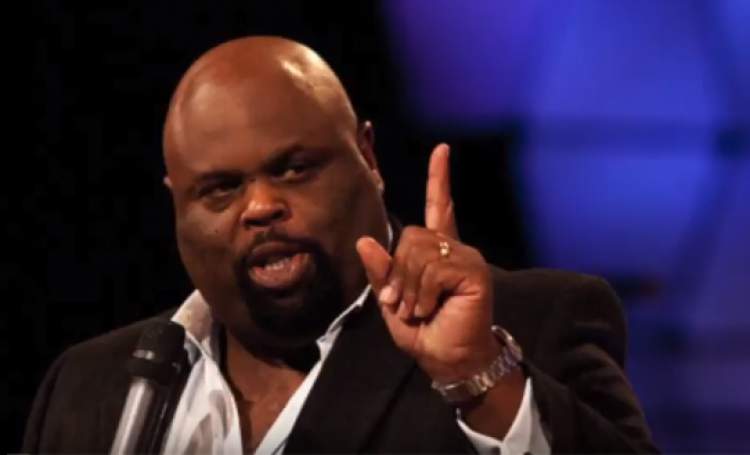 Who is Dr. Rick Rigsby? Who is Rick Rigsby’s wife? After a motivational speech was uploaded to YouTube, the 61-year-old is now trending and people want to know more about him. Find out why he’s so popular, with our Rick Rigsby wiki.

Who is Dr. Rick Rigsby?

According to his website, Dr. Rick Rigsby is the president and CEO of his own compnay, Rick Rigsby Communications. He offers corporate coaching, motivational speaking, and encourages people in the audience to become the best versions of themselves. He is originally from San Francisco but eventually made the move to Dallas. He is a former award-winning journalist and author, and he earned his Ph.D. at the University of Oregon.

Dr. Rick Rigsby’s motivational speeches are considered an honor, and over 200 students were able to receive that honor during a graduation speech at California State University Maritime Academy. Rigsby talked about his father, who was a third grade drop out and he was also regarded as the smartest person that Rigsby knew.

“My father taught me to combine knowledge and wisdom to make an impact,” Rigsby said in his speech. “Wisdom comes to you from the unlikeliest of sources, often from failure. The person that gets up off the canvas and keeps growing, that’s the person that will grow their influence.”

When Rigsby was in university, he met his first wife, Trina Williams, who grew up in Lompoc, California.

“I met the finest woman I’d ever met in my life,” Rigsby said in his speech at California State University. “Back in my day, we’d have called her a brick house. This woman was the finest woman I’d ever seen in my life. There was just one little problem. Back then, ladies didn’t like big old linemen—The Blind Side hadn’t come out yet. They liked quarterbacks and running backs.”

He continued: ” I decide in the middle of dancing with her, that I would ask her for her phone number. Trina was the only woman in college who gave me her real phone number,” he laughed.

The couple got married after a few years and have two sons together. During his speech, Rigsby revealed that his wife died in 1996 of breast cancer.  His father gave him advice on how to move on and stay strong in his grief. Rigsby is now married to his second wife, Janet, and they have two kids together.

The former Texas A&M professor left after 14 years of teaching to move with his family to Dallas in order to grow his business. It was also the place where he was teaching when his first wife passed away.

“This community gave me a place to grieve and a safe place to heal,” he said to The Eagle. “I will never be able to adequately thank the people of Bryan and College Station for praying for me and my boys, for supporting us and for encouraging us and for standing by our side.”

Well, it certainly seems that Rick Rigsby has overcome many obstacles, and it looks like now his words are inspiring many others through his “Change Your Life” talks. He’s making quite the impact with his incredibly inspiring speeches, as his goal is for all people to live life to the fullest, and be the best possible versions of themselves. In a world filled with so much hate and tragedy lately, maybe we really do need more Rick Rigsby speeches in our lives.