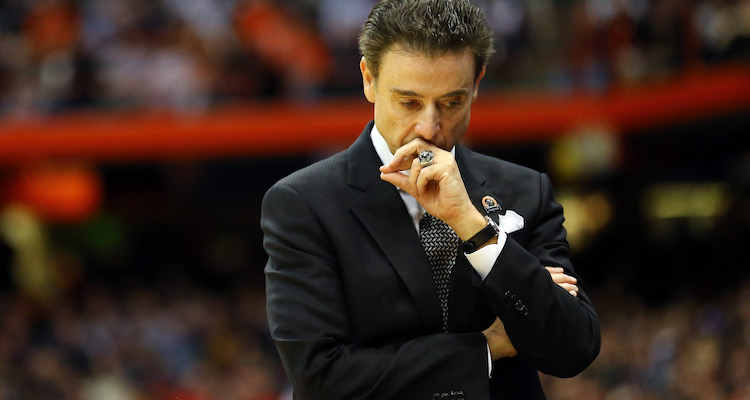 If we didn’t know any better, we’d say there’s something going on with the sporting world. Lately, there’s been more turnover with college coaches than the White House. The latest casualty to be ousted: Rick Pitino. But why was Rick Pitino fired? And what caused the Rick Pitino scandal? To learn more, have a look at our Rick Pitino wiki.

Who Is Rick Pitino?

Head basketball coach at the University of Louisville, Rick Pitino’s age is 65 and he was born on September 18, 1952 in New York City, New York. He has been married to Joanne Minardi since 1976 and they have six children: Richard, Jacqueline, Ryan, Michael, Christopher, and Daniel, who died of congenital heart failure when he was six months old. Rick Pitino’s net worth is unknown. For the 2017-18 season, it’s estimated that Rick Pitino’s salary would have been nearly $7.8 million

Back in 2010, Pitino testified in a trial for federal extortion involving Karen Sypher, who went to prison for seven years after trying to take money and gifts from him in exchange for her silence. Why would she do that? He admitted to having sex with Sypher in a closed Louisville restaurant in 2013. He paid her $3,000 for “counseling and medical needs” but was later told that the money’s true purpose was for an abortion. Pitino’s wife was unaware of his infidelity.

In a phone interview with ESPN, Pitino discussed his affair with Sypher.

“I have a very close-knit family and I hurt my children and wife, and for 10 years I’ve been trying to make up for that hurt,” he said. “I’m not worried about public things when someone went to jail for extorting me. I’m going to be married to my wife 40 years in April, and we’ve been through a lot together, including the death of her brother and the loss of our child. When you hurt your children and family, it’s the greatest hurt anyone can receive, and I feel I’ve atoned for everything I’ve done and my family has forgiven me. So I care a lot more about my personal legacy than my basketball legacy.”

Now, Pitino is caught up in a different scandal, one involving the FBI and bribery charges.

“All of those charged today contributed to a pay-to-play culture that has no business in college basketball,” Bill Sweeney, assistant director in charge of the FBI’s New York division said.

Like Lamont Evans, Pitino is being investigated for fraud and corruption on the basis of players being bribed to sign with certain advisors or managers.

“These allegations come as a complete shock to me,” Pitino said in a statement on Tuesday. “If true, I agree with the U.S. Attorneys Office that these third-party schemes, initiated by a few bad actors, operated to commit a fraud on the impacted universities and their basketball programs, including the University of Louisville,” he said. “Our fans and supporters deserve better and I am committed to taking whatever steps are needed to ensure those responsible are held accountable. But the FBI and the United States Department of Justice have come to clean up the sport and the mess made by Louisville and other programs.”

The former head coach has survived his share of scandals in the past, but something tells us that this time is different. Pitino has been put on leave, effective immediately and without pay, until the investigation is resolved. If found guilty, it’s possible that any victories earned during the time of any wrongdoing could be withdrawn.