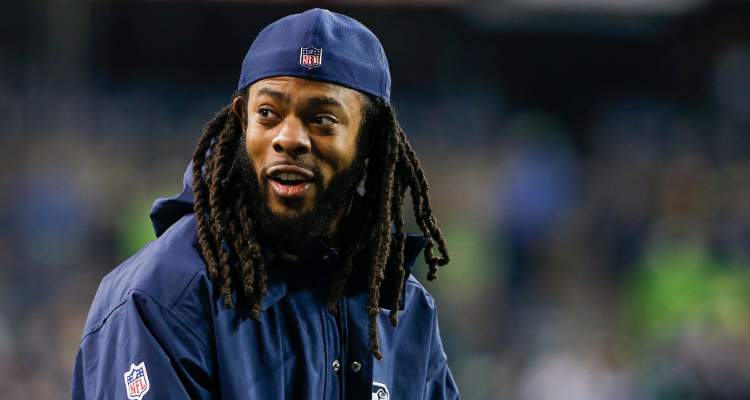 The Seattle Seahawks have been forced to play the rest of their 2017 NFL season without one of their star players, cornerback Richard Sherman. Sherman ruptured his Achilles tendon on November 9, 2017, in a game between his team and the Arizona Cardinals and will require surgery to fully heal. Both the coach and Sherman himself have ruled out his participation in any of the remaining games this season.

Richard Sherman, the American football cornerback for the Seattle Seahawks, has been selected for the Pro Bowl four times and voted All-Pro four times, as well. Sherman led the NFL in interceptions in 2013, the same year that he helped the Seattle Seahawks win their first Super Bowl. But now, fans want to know if he will be around this year to potentially win another one.

Yes, Richard Sherman is hurt. Sherman suffered a ruptured Achilles tendon during a game with the Arizona Cardinals a few weeks ago. He exited the game after the third quarter and did not return, leaving fans worried about the status of his injury ever since. He had said at that time that he expected to undergo surgery once the swelling in his Achilles went down after a few days.

Head coach Pete Carroll was pretty severe when he said, “No coming back from that until you get surgery.”

Carroll said that Sherman “couldn’t even walk” after leaving the game and standing on the sidelines.

“He’s been a bastion of consistency, competitiveness, and toughness. We’re going to miss the heck out of him,” said Carroll.

Sherman, who is proud of the fact that he has never missed a single game since 2011, said that his Achilles had been troubling him all season and that’s why he had tried to avoid making any drastic cuts. Talking about the play in which he was hurt, Sherman said that the defense was playing “Cover 2” and he was going for an interception.

Sherman told the reporters, “I thought I could get the ball. Once it popped, just unfortunate. One of those things that you have to play through for as long as you can. When it goes, it goes. I’ve put a lot of stress on it. Think it would have gone eventually.”

Sherman was already on the Seattle Seahawks injury report anyway because of his Achilles issue. So, he did not participate in the games or practice for three days, although the team held walk-throughs.

Sherman called Thursday night football a “poopfest” in The Player’s Tribune article he wrote. He even more recently, called it “terrible” in an interview with ESPN.com.

Now, all that the coach and the other Seattle Seahawks team members are wishing for is that Richard Sherman recovers quickly and gets back to what he does best—play football with all his heart!