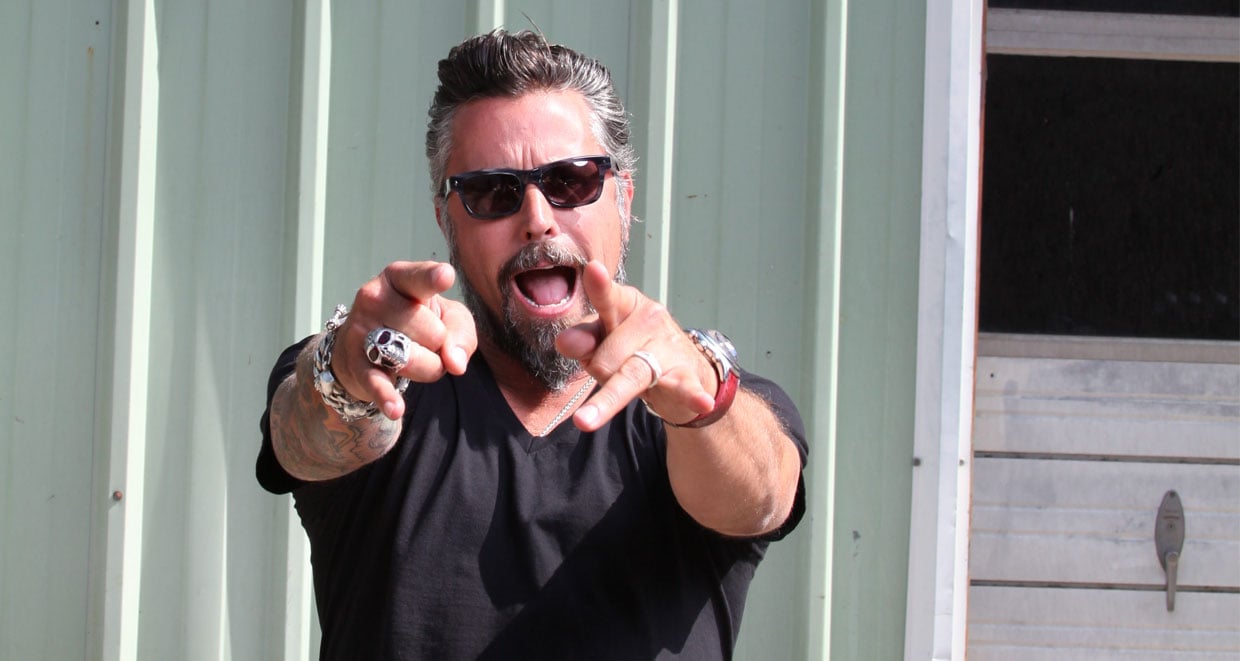 Gas Monkey Garage owner Richard Rawlings is not just your run-of-the-mill car guy—he’s the real deal! And thanks to his booming businesses, Richard Rawlings’ net worth in 2018 is estimated at $15.0 million. The American entrepreneur has been interested in cars since he was little, and the Discovery show, Fast N’ Loud, fuelled his career.

He’s a Classic Ford among Ferraris

Richard Rawlings has come a long way from going to auto shows with his father as a kid to owning one of the best hot rod shops today.

Rawlings’ garage has been his home. And his toys are some of the best cars you can lay your eyes on.

Did all this catapult him to success?

Richard Rawlings was born on March 30, 1969, making his age 49. He comes from Fort Worth, Texas. His father, Ray Rawlings, has played a big role in his auto passion.

Ray Rawlings always had a car or a motorcycle lying around at home and would be tinkering with them. Meanwhile, the younger Rawlings watched and learned.

Rawlings worked in multiple professions as a firefighter, paramedic, and police officer to make a living before he realized what his true calling was.

Because he knew all about cars, Rawlings wanted to open a garage. But nobody had confidence in him.

So, to make money, he started his own printing and advertising company in 1999 called Lincoln Press at the age of 30. His company pulled him out of his “broke” days.

And before he could say Gas Monkey Garage, Rawlings had made enough money from the business to fund a Lamborghini Gallardo to award the first customer who spends $1.0 million at his garage!

Gas Monkey Garage was up and running by 2002. And in 2004, he sold Lincoln Press to focus full-time on the garage.

After Gas Money Garage went broke two times, Rawlings changed gears in 2004 and began catering to the rich and elite. They would bring in their deadbeat wheels and take home shiny and up-to-date cars while splurging anywhere between $100,000 to $1.0 million.

In 2012, Discovery knocked on Rawlings’ door, and he was more than happy to join Fast N’ Loud! He said it was his initial plan anyway as he always watched automobile shows on TV, but most of them were of motorbikes.

He didn’t have $200,000 to buy one and be a part of the shows, but his will was strong. And Richard Rawlings’ Fast N’ Loud stint turned Gas Monkey Garage into a global brand, which now yields millions in profits.

Discovery’s Fast N’ Loud picked up pace for its uniqueness. The show had no cuss words and fits of rage!

The show is family-friendly and shows one man’s passion for cars and mechanics like no other. It has been translated into 13 languages and comes on TV in 200 countries!

Richard Rawlings’ salary on the show is an estimated $50,000 to $75,000 per episode. With over 125 episodes through seasons 1 to 11, it’s safe to say that Richard Rawlings has earned over $6.8 million through the TV show alone!

Steppin’ up my shoe game. Anyone else got these yet? #adidasyeezy #gasmonkeygarage #shoes #sneakers

He Won the Lottery

Back in 2016, The Texas Lottery featured Gas Monkey Records tickets for $2.00 each. A total of $8.9 million worth of prizes were on offer with a chance to win $25,000 in cash or a car customized by Gas Monkey Garage. The tickets were sold in partnership with Brandgenuity.

Along with his business successes, Rawlings is also estimated to have earned a substantial amount of money for his book, Fast N’ Loud: Blood, Sweat and Beers.

Rawlings was recently seen sporting a Dickies T-shirt, which he posted on the photo-sharing app. He also heavily promotes Gas Monkey Tequila.

He was also seen donating $20,000 to the Cannonball Memorial Run on Instagram, showing his support to the Richardson Police Department.

Rawlings’ YouTube channel, Gas Monkey Garage, has 225K followers. He earns an estimated $103.00 to $1,600 monthly through the channel.

It’s not unknown that Richard Rawlings invested wisely when it came to building the Gas Monkey Garage brand. But did you know that the man owns two restaurants in Texas alone?

Rawlings owns Richard Rawlings Garage and Gas Monkey Bar N’ Grill in Dallas, and he plans to open additional restaurants. You can find authentic southern food in a rustic and auto-filled atmosphere, which will transport you straight to Gas Monkey Garage!

The food costs $10.00 on average, but the money Rawlings is making from these eateries and bars is big!

Fueling His Wealth with Tequila

Rawlings even started his very own Gas Monkey Garage brand of tequila and energy drinks, which retail at $30.00 and $48.00 (for a pack of 24 cans), respectively.

The tequila industry is a billion dollar industry with leading brands raking in multimillions annually. And with Gas Monkey becoming a global brand by the day, Rawlings hopes to lead the liquor and beverage market one day.

Richard Rawlings is a fashion icon among his fans. And naturally, people from across the globe want to dress like him.

So, what was Rawlings solution?

The Gas Monkey Garage Merch Store is the place you want to go to for T-shirts, sweatshirts, tank tops, baby onesies, caps, and more with legit GMG branding and artwork.

Richard Rawlings lives in a 3,933 square-foot brick house near Northhaven Road and Hillcrest Road in Dallas, Texas. It has a pool, a sunken bathtub, a private lake, and a zen garden.

The property is estimated to have cost Rawlings a cool $1.7 million.

The home comes complete with three bedrooms, two and a half bathrooms, an outside master bath, and marble kitchen.

Since he is in the car business and knows cars like the back of his hand, we can trust that Rawlings’ car collection is mind-blowing.

Since most of these vehicles are vintage and have been customized according to Rawlings’ choices, their prices are incalculable.