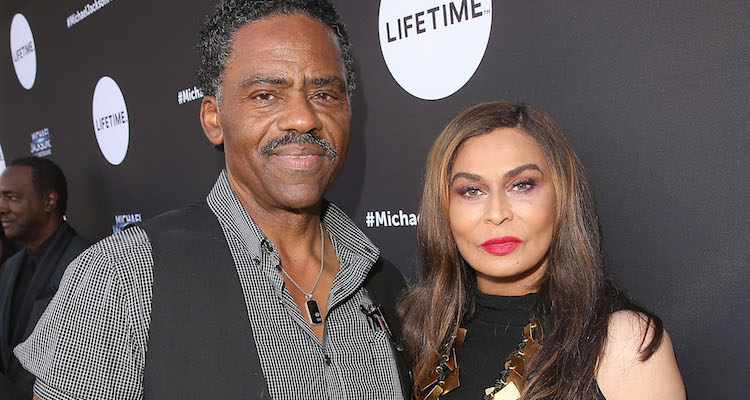 Tina Knowles has been talking about her new grandchildren a lot lately. Why shouldn’t she? A grandmother should be proud of her grandchildren, showing off their many photos while explaining how they’re going to rule the world one day… which, in the case of Beyonce and Jay-Z’s children, may not be too far off. But what about her husband? Who is Tina Knowles’ husband? Tina Knowles and Richard Lawson have been married since 2015. Keep reading for more about Richard Lawson’s net worth and his career as an actor.

Born on March 7, 1947, Richard Lawson’s age is 70 —not that you would know it by looking at him! He grew up in Loma Linda, California. Before he had a chance to become an actor, Lawson served two tours in Vietnam. When he returned, he went into the theatrical arts, starting off small with an uncredited role in Clint Eastwood’s Dirty Harry in 1971, and then as the madman who resurrects Blacula in Scream, Blacula, Scream in 1974. After that, he entered a period of steady acting in both film and television. Richard Lawson’s movies include The Main Event, Coming Home, and Poltergeist, as well as stints on TV shows like Chicago Story, V, Dynasty, and The Days and Nights of Molly Dodds. While Lawson slowed down in terms of acting (with occasional appearances on shows like Grey’s Anatomy and Stitchers), he still has a net worth of approximately $1.0 million.

On New Year’s Eve 1978, Lawson married his first wife, actress Denise Gordy. She came from a show business family as her uncle was legendary Motown Records founder Berry Gordy. Richard Lawson’s children from their marriage included one daughter, Bianca, who became an actress herself appearing in films like Primary Colors, Save the Last Dance, and Jeepers Creepers 2 as well as television shows like Buffy the Vampire Slayer, Pretty Little Liars, and most recently, Queen Sugar. Richard Lawson and Denise Gordy divorced in 1989.

My baby and I are at one of the most incredible God inspired events ever. Magic Johnson invited about 100 of their closest friends to Monaco to celebrate he and Cookies 25th Wedding anniversary. What a statement of love and confirmation! Wow!!

In the summer of 2013, Richard Lawson began dating Tina Knowles, but it wasn’t like the two didn’t know each other. They knew each other for 30 years as Knowles was best friends with Lawson’s sister! The couple got married on April 12, 2015 in what can only be described as an elegant and star-studded affair. Knowles’ daughters, Beyoncé and Solange, also attended, as did Beyoncé’s husband, Jay Z, and Lawson’s daughter. Both the bride and groom wore white and judging by the pictures, it was a pretty glorious day. But apparently, the reason why Knowles considered getting married again (her first marriage did not end so well) was due to her granddaughter. She told People:

“[In September] we went on a boat with Beyoncé and Jay Z for her birthday, and when we came out one night dressed to go to dinner, Blue said, ‘Oh, ya’ll look beautiful. When are ya’ll getting married?’ Richard said, ‘Oh, Blue, soon. Do you approve?’ And she said yes,” Knowles added, “That’s the first time we talked seriously about getting married.”

If we were Richard Lawson, we would really be spoiling that particular grandchild… a lot! From all accounts, the marriage is going as smoothly as the wedding, and the couple are enjoying their time together.