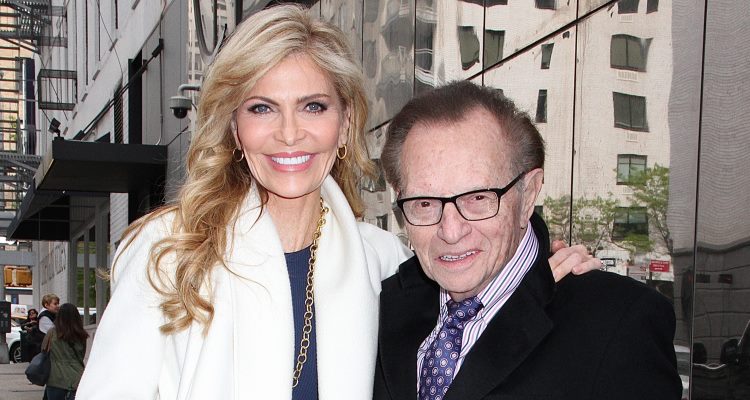 It’s a sad day for the American television and radio host, as a source revealed alleged news that Larry King’s wife Shawn has been having an affair with Richard Greene. The man having an affair with Larry King’s wife is a renowned public speaker, but many are still wondering who this man is, and where he came from. We’ve compiled five facts to know about this man, so keep reading our Richard Greene wiki.

He is a Leading Communication Strategist

The man having an affair with Larry King’s wife, Richard Greene, has been described by the Sunday Times of London as “the Master of Charisma.” Considered one of the leading communication strategists and public speaking trainers in the world, he is an author of the prestigious book, Words That Shook the World: 100 Years of Unforgettable Speeches and Events. The book has been used in high school and universities across the world.

His Work is Known Worldwide

He has conducted over 100 international lecture tours, consulted for The United Nations, The World Health Organization, The U.S. Chamber of Commerce, The Young Presidents Organization, The Walt Disney Company, and many more.

He was a Talk Show Host

On his show, he has interviewed Senators, Congressmen, and other major news personalities. He also provided commentaries for ABC Radio Networks among several others.

Greene has a passion to share his public speaking knowledge to encourage everyone to overcome their fears, be confident and develop optimal presentation skills. He established a corporation dedicated to helping high school students discover and share their voice. Green has given away over $200,000 in scholarships, while working with celebrities like Sigourney Weaver, Sting, Jason Mraz and James Cameron.

He has also coached Princess Diana, Naomi Campbell, and Will and Jada Pinkett Smith, just to name a few.

Shawn King, previously Shawn Southwick, allegedly met Richard Greene when he was a guest on Larry King’s podcast, Back and Forth with Shawn & Larry King. The news of the affair was first revealed on August 24 by tabloid magazine, the National Inquirer.

The report included alleged text conversations between Greene and Mrs. King (some where Greene complimented King’s body) and others where King joked/suggested she would leave her husband. There were also reports that she sent seductive picture messages.

Despite the lack of clarity on this alleged affair, Larry King is devastated that this could be possible. King found out about the affair when the Enquirer contacted his representatives for comment. According to a friend of Larry King, “He’s heartbroken. He’s embarrassed and furious.” The source added the couple was still living together after the reports were announced, and no final decision has yet been made.

It’s uncertain how the couple will handle this situation — let’s hope the rumors are false!