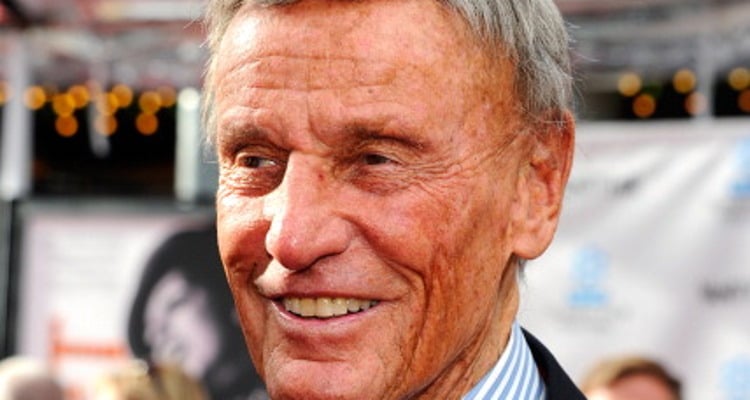 Richard Anderson died at the age of 91, and it’s yet another huge loss to Hollywood. He was a tremendous actor with inspiring roles in hits like The Six Million Dollar Man and Bionic Ever After? Anderson’s ex-wife was Katherine Thalberg, and we have some facts you might not have known about her.

Katherine Thalberg and Richard Anderson were married from 1961 to 1973. She married Aspen mayor Bill Stirling after separating from Anderson, and was a leader of the “Fur Fight” in 1989, protesting the use and sale of fur. Here’s everything you need to know about Katherine Thalberg’s wiki, children, and net worth.

Katherine Thalberg was born on June 14, 1935, in Santa Monica, California to business mogul Irvin Thalberg and actress Norma Shearer. Her father owned MGM and was a very popular movie producer. He married Norma Shearer in 1927, and some speculate that she starred in glittery roles because she was married to him. But we only know that she appeared some blockbuster hits like The Barretts of Wimpole Street in 1935, which earned her a spot among the classic actresses hall of fame. You could call Shearer the first lady of MGM, and she could not have lived a better life.

As a child, Thalberg studied in various schools in Paris and Switzerland. She became so fluent in French that she would be mistaken for a French femme when she visited Europe. She then studied at West Lake School for Girls in California and graduated from UCLA with a bachelors degree in English literature. Thalberg attended Vassar College and Stanford University in California before joining UCLA. She earned a minor degree in psychology from the University of Southern California and strongly considered taking it up as a career.

Who Did Katherine Marry?

Thalberg was an avid skier since she was just three years old. She met professional ski racer Jack Reddish (a tall and handsome man, no doubt) around 1953 and married him when she was 18.

Nothing like having a photo of my dad in the hall across from my hotel room! #jackreddish #steineriksen #skihalloffame

They lived together in Salt Lake City Utah, where they managed a ski shop, but soon moved to L.A. where Reddish got an opportunity to work in movies, and Thalberg took to writing scripts and content for TV shows. She divorced Reddish in the early ’60s and, in the blink of an eye, was soon married to blockbuster actor Richard Anderson in 1961.

The couple had three children together: Ashley, Brook and Deva. All was not merry in her second marriage, and Thalberg decided to take her daughters to Aspen after she and Anderson divorced. Little did she know that another man was destined to be with her, Bill Stirling. About meeting his wife, Stirling said, ”She was one of the most beautiful giant slalom skiers I’ve ever seen, and my favorite skiing partner.”

He saw her try to unsuccessfully buy a book store before opening up her own —something Thalberg considered to be a great achievement in her life. She remodeled and redecorated a Victorian style home and, in 1975, opened Explore Booksellers, a book store curated with a passion for reading and knowledge. It is an icon in Aspen, Colorado even today. You can find books of all kinds there, and when Thalberg opened it, she was a single mother trying to give her best to give her daughters a decent life. Her routine involved tutor women, skiing, and running her store.

She met Bill Stirling in 1978 and began dating him around December that year. The couple got married in 1986 and were together until her death in 2006. Katherine Thalberg’s cause of death was cancer; she fought bravely for two years but eventually lost the battle. She and Stirling did not have any children.

The daughter of a business tycoon surely had a lot of business sense, and Thalberg proved it. When she purchased the building that would later become her book store, she also thought about starting a bistro on the top floor. In 1989, she put her plans to fruition and opened a vegan bistro, making the place a heavenly escape for avid readers. People gathered there as a community and met up with friends from college, making Explore a hot spot in Aspen. Although she two successful businesses and a rich family background, Katherine Thalberg’s net worth is not known. But we’re sure money was never a problem for her, especially with the bookstore doing so well even today.