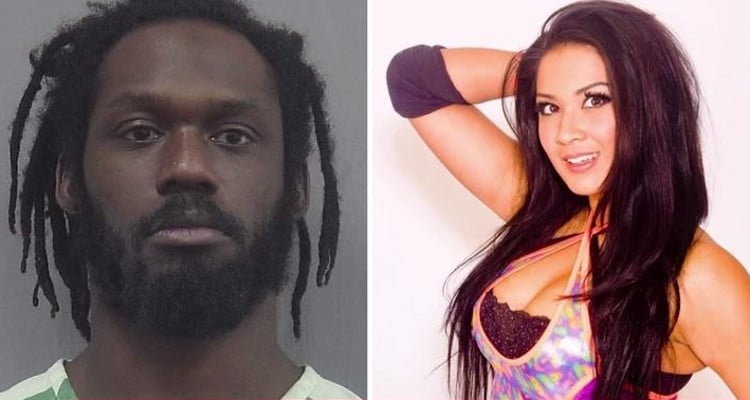 In a shocking development, WWE superstar Rich Swann was arrested on December 10, 2017, for allegedly kidnapping his own wife! Su Yung was married to Swann for about nine months, and the two wrestlers recently got into a huge public dispute. Learn more about the incident in our Su Yung wiki.

Rich Swann’s wife is known for her tremendous performances in the ring. However, her husband reportedly had comments about her latest fight, resulting in Su Yung forced out of a moving car. Witnesses claimed that Swann left the vehicle, put his wife in a headlock, and then forced her back into the car.

The questionable act led to Rich Swann’s arrest, on charges of battery and false imprisonment, and his suspension from WWE, who stated, “WWE has zero tolerance for matters involving domestic violence, and per our policy, Rich Swann has been suspended indefinitely following his arrest.”

Here are four facts from Su Yung’s wiki to know more about the wrestler.

Born Vannarah Riggs, she is a proud Tennessean born on June 30, 1989, making Su Yung’s age 28. She is from Memphis and began her wrestling journey a decade ago; her first match was against Tracy Taylor. But at the time, Taylor was a little too much for Yung to handle.

She had her redemption at the Main Event Championship in 2010, leading to a WWE phone call that changed her life.

The WWE Let Down

Su Yung signed a developmental contract with WWE that year, and made her first appearance at FCW House in September, with a slight tweak to her original name, Vannah. She shared a ring announcement with Matt Martlaro, and changed her name to Sonia a month later.

Yung faced a series of losses, starting with her fight against AJ Lee. She then teamed up with Audrey Marie against Aksana and AJ Lee, but lost the fight. In another match against Aksana in July 2011, she lost, and in August 2011, she was released from her contract.

Since 2011, Su Yung has been associated with SHIMMER Women Athletes and Shine Wrestling. She lost a series of matches against Buggy Nova, She Nay Nay, and Jessie Brooks. In 2012, she had no turn of fate and was defeated by Sassy Stephie in Volume 50 and Volume 52 by Miss Natural.

Later that year, Shine saw Yung and her former opponent Taylor team up against Made in Sin, and lose. Things weren’t looking good for Yung, and she had to step it up if she wanted to make it big in wrestling.

Her next fight was an important one, and she finally saw a win. Even in her fights against Luscious Latasha and Gabby Gilbert, Su Yung emerged victorious. Her matches since have been a mix of losses and wins, and from 2014, she has been a villainess with Valkyrie.

Rich Swann is a 26-year-old wrestler and WWE champ. He began training as a teenager and made his debut in 2009. Since then, he has emerged as a wrestler to watch out for. In March 2017, he and Yung got hitched after dating for five years.

MORE INFORMATOIN ON RICH SWANN'S ARREST The other person involved is Rich Swann's WIFE, former NXT superstar Su Yung (Vannarah Riggs) regram @thewwenewspage
According to the arrest report, the two had been traveling from an event in Gainesville, Florida that Yung had performed at, discussing her match –
According to the report, Swann had been critizing her performance and "began getting angry with her." Yung, feeling the argument was "going to escalate" got out of their car at 1500 East University Avenue as Swann, who was driving, was stopped in traffic –
Swann yelled for her to return to the car, but she refused and walked away –
At this point, the arrest report claims that Swann grabbed her by the arm, then around the neck, putting Yung in a headlock and bringing her back to the car as she screamed for help –
A witness to the incident told police that Yung was beating on the window trying to get out of the car as it pulled away and that she "seemed very afraid of the Defendant and was trying to get away from him." –
A second witness claimed that after Swann got out of the car, he left it in motion, leaving the car to lurch forward, where it struck a telephone pole on the corner of East University Avenue and Northest 15th Street –
In the arrest report, authorities stated that Yung told them she was afraid of Swann "because he has a temper sometimes" and that she was scared their argument would escalate into a physical confrontation –
Yung stated that she asked Swann to pull the car over so she could leave the vehicle but he refused, so she waited until the car slowed to jump out of the car –
She told authorities that she was grabbed by the arm and brought back to the car –
After being arrested and having been read his rights, the report stated that Swann denied ever physically touching Yung and forcing her to return to the car, stating that she did so on her own –
Swann claimed that he only wanted to return home and that they were using the GPS that was on Yung's phone and he "needed her to come with it." –
Swann also told authorities that the couple had been together five years and have been married nine months. #RichSwann

After almost nine months of marriage, the couple’s relationship is tainted with alleged physical violence against Rich Swann.

Swann could be facing five years in jail, and a $5,000 fine, for charges of third-degree felony, and battery.

His court date is December 11, and only afterwards will we understand what his future holds.