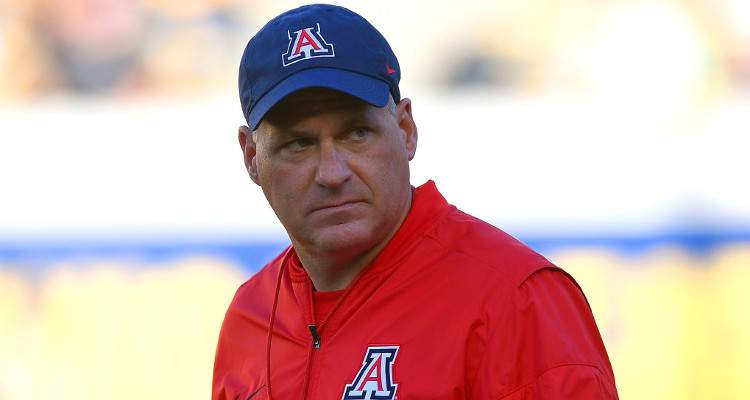 Rita Setliff was always a supportive wife who encouraged and guided her husband, Rich Rodriguez, as he became one of the best coaches in college football. However, after he was fired by the University of Arizona following allegations of sexual harassment, his wife is being put in the spotlight. Especially after Rodriguez’s admission of infidelity. Keep reading to know more about Rich Rodriguez’s wife in our Rita Setliff wiki.

The Rodriguez family is facing turmoil following football coach Rich Rodriguez’s firing by the University of Arizona over allegations of sexual harassment. The school conducted an investigation into these allegations before deciding to remove Rodriguez as head coach, citing “several factors, including the direction and climate of our football program.” Now, the spotlight is on him and his family, especially Rich Rodriguez’s wife, Rita Setliff.

He admitted to having had an extramarital affair with a woman who was not affiliated with the university. Rich Rodriguez’s affair may be the crux of the issue with his wife, who always supported him both on and off the field in all the years they have been together.

If you want to know more, we’ve got all the details for you, right here.

Although Rita Setliff’s age is not known, she has been with Rodriguez ever since they got married to each other on July 1, 1989.

Setliff attended Fairmont State University for three years before she met Rodriguez and she then transferred to West Virginia University. She proceeded to be a cheerleader for two years and earned a degree in business administration before tying the knot with Rodriguez. She then worked for a telephone company for over 10 years and coordinated the installation of a new phone system throughout the WVU campus.

“I trained university employees how to use the new, ultramodern phones. I really enjoyed that, and a lot of those people were still here when we came back,” Setliff later said about her work.

Relationship in a Delicate Situation

Setliff retired in 1996 and said that she has never regretted her decision.

When asked if she had to forego her identity she replied, “Not at all. Being called Rich’s wife, rather than Rita Rodriguez, has never bothered me. My identity is in the football program. And I’m very proud of the fact I’m married to Rich.”

It remains to be seen how Rich Rodriguez’s family dynamics will change, as it depends on a large part on how his wife, Rita Setliff, reacts to the sexual harassment claims.