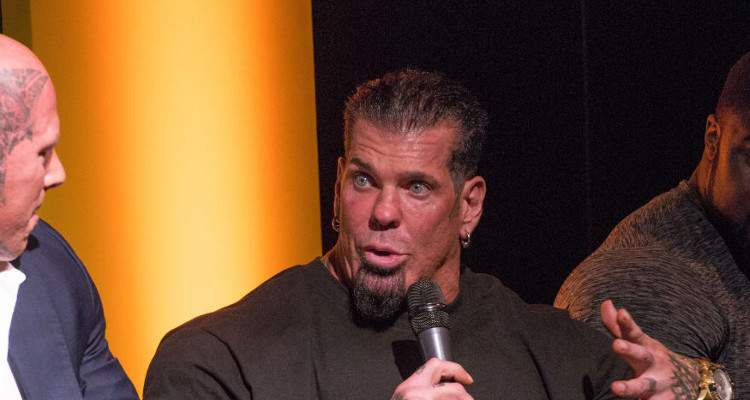 Rich Piana was taking chances with his life as he kept pumping steroids into his body. Although he attained fame and fortune as a result of his fantastic physique, all the “juicing up” caught up with him. He was in a coma for days, but finally, on August 25, 2017, death claimed him.

With a net worth of $2.0 million and a doting girlfriend by his side, Piana was happy until his steroid use inevitably caught up with him. Fans are grieving over the loss of their favorite bodybuilder, who inspired them all these years.

After several days of being in a medically-induced coma, star bodybuilder Rich Piana has died, and the news has been spreading like wildfire on social media like Twitter. His death has cast a pall of gloom over his friends, colleagues, and fans, who had been hoping that he would recover and be out of the hospital soon.

Piana was taken to hospital after he collapsed in his bathroom while his girlfriend Chanel Jansen was cutting his hair. Jansen said that she tried to catch Piana as he fell but couldn’t because of his gigantic frame. Piana was immediately taken to hospital and doctors were on call to attend to him.

According to reports, police reportedly found 20 bottles of steroids and some crushed up white powder in his Florida home after a search. But, how did Rich Piana die?

Rich Piana’s cause of death is not known right now, but he has been in a coma for the last 17 days and might have been brain dead as a result. Here are some details from Rich Piana’s wiki.

Too Much of a Bad Thing

Born on September 26, 1971, in Northridge, Los Angeles, California, Rich Piana’s age was 45 years at the time of his death. Piana was a bodybuilder, an actor, and a YouTube celebrity, who inspired immediate awe wherever he went on account of his fantastic physique.

Piana began training to be a bodybuilder at the young age of 11 and worked at it his whole life. He earned notoriety when he admitted to using “anabolic steroids” to bulk up his body.

Surprisingly, despite the stigma attached to steroid use, Piana was quite open about his doping, admitting that he had been “juicing up” for more than 20 years. That earned him a lot of criticism, but from all accounts, he did not stop taking steroids.

One possible explanation for his fall in the bathroom is that he might have overdosed on steroids, but this is yet to be medically confirmed.

Piana, in fact, defended his use of steroids by claiming that it was a necessary evil in bodybuilding. Piana said in a 2016 YouTube video, “If you have the choice to stay natural or do steroids, stay natural. There’s no reason to do steroids; you’re only hurting your body, you’re hurting yourself. If you want to become a professional bodybuilder, guess what – you’re probably going to have to f**k-in’ do ‘em. You’re not going to have a choice.”

This pic I weighed 263lbs my lowest was 259lbs now from carb loading I’m up to 270 and feel a million times bigger/fuller and crazy pumps! How is everyone else doing? #whateverittakes #welcometoourworld #weareallinthistogether #family #bepositive #theglassisalwayshalffull #samegoals #bestwecanbe #ateverything #5percenters #livinthedream

He even carved a niche for himself as an actor appearing in television series like NBC’s Scrubs and Ripley’s Believe It or Not. Piana played himself in Tim Muriello & Rich Piana Interviews and Mutant: Leaving Humanity Behind. He was also a stuntman on Tim Burton’s film Planet of the Apes.

Thanks to his impressive body, Piana was a popular figure in many TV commercials as well. All these activities earned him big bucks and Rich Piana’s net worth was $2.0 million at the time of his death. Most of his earnings came from Piana’s clothing and nutrition line.

Delay of the Inevitable

A little education people!! Genetically I have always had weak bi’s and small bi’s if anyone with a brain would look they would see this! My shoulders and tri”s over power by bi’s! Now if I put 5cc’s of synthol in my bi’s I could easily change that and also create a great peak! Do I know how to do this? Yes of course but choose not to! Look at all my pics and it’s obvious my bi’s are weak and lack peak but I just keep Killin them and doing #whateverittakes to bring them up! #peoplearereallyfuckingstupid I wish my bi’s overpowered my shoulders like Arnold’s!! #educateyourself before you talk about shit you know nothing about! #synthol #dumbfucks #peoplehatewhattheycantachieve #hardwork #getoffigandgotowork #livinthedream #positive #motivation #5percenters

Piana was very popular among his fans, and he had a huge social media presence with his Instagram account having more than 1.2 million followers.

Piana’s girlfriend Jansen had been sharing his health status with his fans on Instagram and even shared a black-and-white picture of her holding Piana’s hand. She has been asking his fans to pray for his recovery and thanked them for her support.

People had been eagerly awaiting news on Piana even as naysayers were predicting that he would not survive. Jansen had been heroically conveying to Piana’s fans that he was in a coma but still alive. However, it has now been confirmed that Piana has passed away.

The man who seemed to be invincible is no more. It is indeed a sad day for bodybuilding as one of its brightest stars has faded away. Rest in peace, Rich Piana.