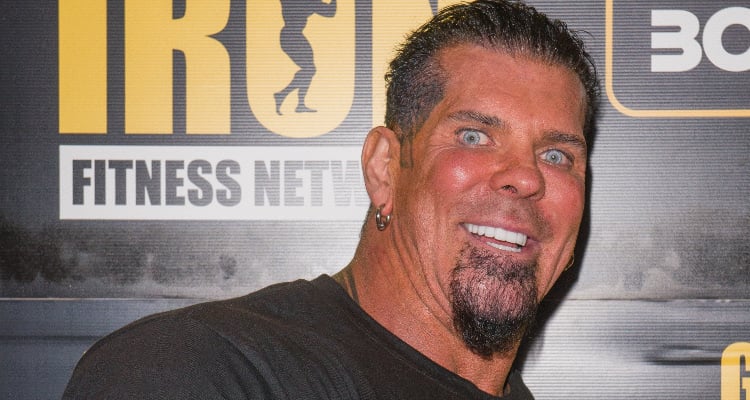 It has been almost three weeks that Bodybuilder superstar Rich Piana was placed in a medically induced coma, after he collapsed in front of his girlfriend. However, sources now suggest that Rich Piana is dead. If you want to know a little more about the Rich Piana news, then keep on reading.

Friend Bradley Martyn posted a picture of himself with Piana with the caption, “Rest in Peace.” A few days back, nor his company or his partner had confirmed the news about Rich Piana being dead. However, as the rumors were swirling all over the Internet, several people assumed Pianahad died.

The co-founder of Gunsmith Clothing, James Mooney also posted a message on Twitter, which read, “Gone too soon brother. What a sad day, can’t even believe it’s true….truly heartbreaking.”

Earlier this month, it was reported that Piana lost consciousness and hit his head as he fell to the ground. Piana’s partner, Chanel Jansen informed the authorities that he suffered from an overdose. According to the reports, “When [the medical team] arrived, Piana was unresponsive and was transported to a nearby hospital where he was placed into a medically induced coma.” Piana openly claimed the use of steroids to bulk up.

His death was not confirmed at that time, but many people took to social media to express their sadness over his death. The cause of Rich Piana’s death is not yet revealed. The news about Piana being dead comes a week after Chanel Jansen disclosed that the bodybuilder was indeed alive. She revealed, “The only update I’m permitted to give at this time is that he is alive, he is ok, and the excellent medical professionals here as well as myself and his close loved ones are doing all we can to get him back to a full recovery.”

The world wide outpouring to send Rich voicemails and messages to have played or read to him is overwhelming!❤ We can’t thank you all enough for your continued support during this time. To those who have been so respectful and come to his defense when others have been disgusting excuses for human beings -THANK YOU! The only update I’m permitted to give at this time is that he is alive, he is ok, and the excellent medical professionals here as well as myself and his close loved ones are doing all we can to get him back to a full recovery. Please continue to remain patient and respectful. This is a very stressful time for Rich and everyone around him so please understand if we’re quiet it’s with good reason. #myoneandonly #richpiana #loveofmylife #whateverittakes #love #strength #prayersforpiana #positive #5percenters #respect #loyalty #positivevibes #positivevibesonly @1dayumay

She also posted a photo on Instagram of the couple with the caption, “I just want to be clear [Piana] is STILL ALIVE. All myself and his family are asking for is positive thoughts, prayers, and love.” A confirmation statement on Rich Piana’s death is yet to be released by his family and loved ones, but many sources are already reporting on his death at this time.

I will not be posting any updates after this until further notice. I just want to be clear @1dayumay is STILL ALIVE. All myself and his family are asking for is POSITIVE thoughts, prayers, and love. PLEASE i’m BEGGING you all to have some respect and realize how EXTREMELY difficult this is for us. Thank you to all of you staying positive and sending well wishes, prayers, and love. We appreciate it more than you will ever know. #theloveofmylife #richpiana #love #staystrong #staypositive #myheart #positivevibes #positivevibesonly #thankful