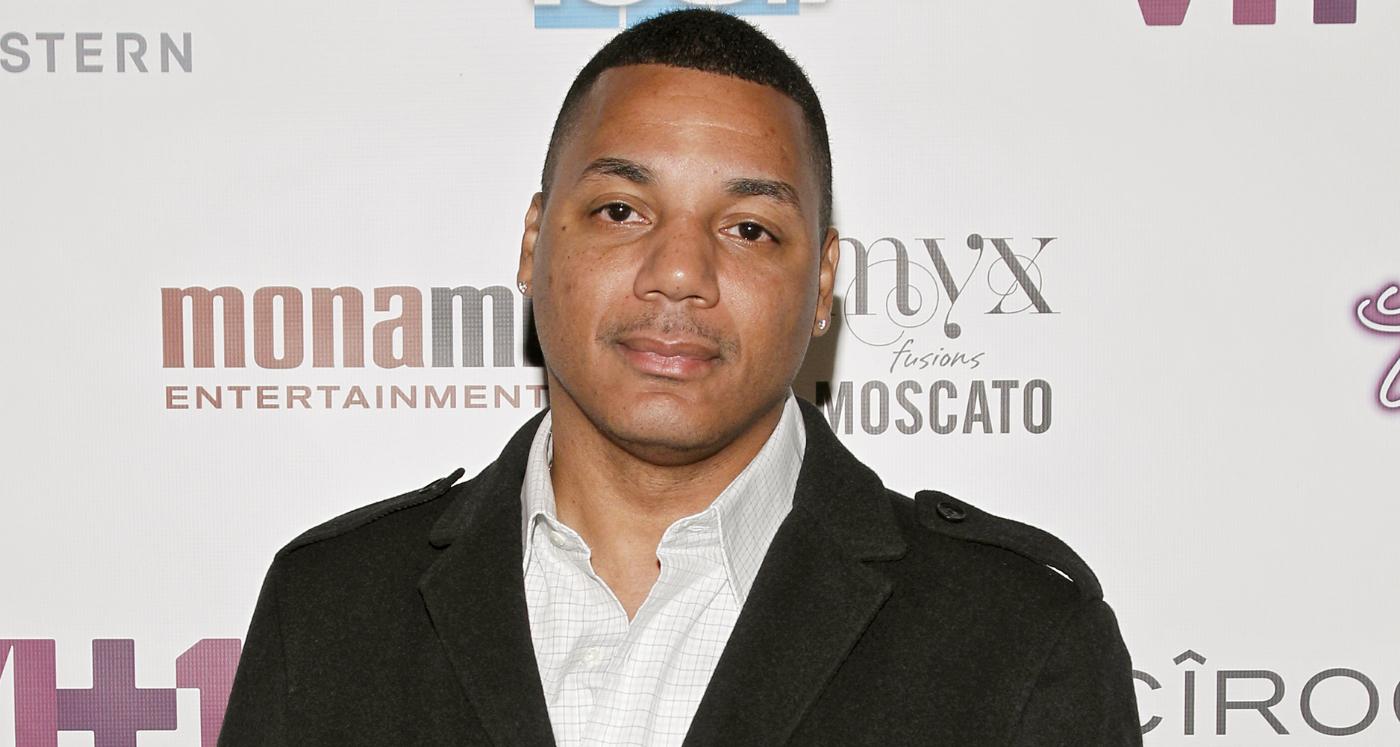 With Erica Mena and Safaree Samuels reportedly getting engaged on Christmas Eve, the spotlight falls on Rich Dollaz. The Love & Hip Hop star and music entrepreneur dated Erica Mena in the past. He also has a complicated relationship history. Most recently, he became the clueless subject of a catfishing attempt. Our Rich Dollaz wiki has everything on this reality star’s love life.

Born Richard A. Martin-Trowers on August 4, 1971, the Connecticut native is 47 years old. His mother Jewel, aka Mama Dollaz, is also a music executive, and he followed his mother’s footsteps into the music industry.

While he was studying at Fisk University, he interned at Sean “Diddy” Combs’ Bad Boy Records in New York. It was Diddy who would give him the name Rich Dollaz.

He would later return to Bad Boy as an employee when the label was still in its early stages. He did all sorts of jobs there, earning experience in marketing, promotions, and working in the studio. In his eight years at the label, he managed artists like Yung Joc and Gorilla Zoe.

He then switched to Universal Music and also launched his own label, Dollaz Unlimited. Several L&HH stars are signed under Dollaz Unlimited, including recording artist Olivia Longott.

Rich has been a part of L&HH: New York since its inception as Olivia’s manager and supporting cast member. Even though Olivia’s role in the cast diminished, Rich did pretty well for himself. He would later join the cast of L&HH: Hollywood.

While working at Bad Boy, Dollaz learned the ins and outs of the liquor branding business through Diddy’s Ciroc empire. That pushed him to branch out with his own spirit brand, 79 Gold.

His work in music, reality shows, and the liquor business have earned Rich Dollaz an estimated net worth of $2.5 million.

He Dated His L&HH Co-Stars

Richie D stirred up some major drama on the VH1 show with his romantic escapades. He famously had a tumultuous relationship with Erica Mena while he was representing Olivia.

Their relationship had its highs and lows, with even rumors of an engagement. They never got engaged, but they did break up eventually. She’s now reportedly engaged to Nicki Minaj’s ex Safaree Samuels.

Rich would go on to raise eyebrows by having an affair with cast mate Anais, who was still married to luxury car businessman Ruben Brito. Mama Dollaz, who had mixed feelings about Erica, made her disapproval of his affair very clear on the show. Later, Anais and Ruben would separate and Rich would also break up with her in the same episode. (Ouch!)

Rich’s girlfriend of a brief period, Jade Wifey, appeared on L&HH. He also dated Tiffany Lewis and Jhonni Blaze. He had a little something going on with Diamond Strawberry as well.

He would later get engaged to L&HH: Hollywood star, Moniece Slaughter. Their relationship ended and Moniece would go on to claim that he dated her for the show’s plot line.

The music mogul has also been friends with rapper MariahLynn for seven years. And they allegedly dated on and off for three years during that time.

There’s no indication that Rich is dating anyone at the moment.

His Daughter Appeared on L&HH

Rich reportedly has multiple children with different women. However, his daughter, 20-year-old Ashley Trowers, has become something of a celebrity since appearing on L&HH briefly.

She’s his daughter with Miracle Kaye, who also appeared on L&HH. During her time on the show, Miracle was looking at prison time for domestic violence-aggravated assault. ICYMI, Miracle reportedly shot her husband in March 2018.

Screaming Happppy Happy Birthday to my dadddddy/bff I love you & hope you enjoy every bit of today because you def deserve to! ???#leoseason

Ashley lives with her mom in Memphis, Tennessee but also visits her dad often. Richie’s beautiful little girl is rocking Instagram these days with teal-dyed hair.

Judging from their Instagram posts, Rich and Miracle have an amicable relationship as exes. The same can’t be said about Rich’s other reported baby mama, Chaundrea Nicolle, with whom he allegedly has a teenage daughter.

On his Instagram, Rich also posts pics of his son. Trowers’ son appears to have joined the Air Force Reserve Officer Training Corp.

He Was Arrested for Not Paying Child Support

Nicolle, however, accused him of being a deadbeat dad and failing to pay around $20,000 in child support. In 2013, there was a warrant out for his arrest for not paying child support.

In a hilarious twist of events, in October 2014, Rich was out getting a burger with a group of friends in New Jersey. Cops were going to write him a ticket for a parking violation when they ran his plates.

They ended up discovering there was a warrant out for his arrest. When Rich returned, cops were ready to cuff him.

Rich was released soon enough after posting bail of $1,000 and would put Nicolle on blast in since-deleted tweets.

That wouldn’t be the end of Rich Dollaz’s saga. He would end up getting arrested again in 2015 for not paying close to $200,000 in child support.

He Was Diagnosed with Diabetes

In 2017, a big part of Rich’s plot on L&HH involved his type 2 diabetes diagnosis. Through the show, Rich did his best to promote awareness about diabetes.

Rich recalled that the disease runs in his family. His grandmother and uncle died of it and knew people who’d lost their limbs to diabetes.

When he started showing symptoms, he got checked and found out he had type 2 diabetes. The diagnosis struck him hard as he says, “That’s scary, man. That’s scary, especially for someone that’s just 41 years old. I’m not an old dude.”

Since his diagnosis, he has taken a step back and re-evaluated his life. With a workout and diet regime, he looks absolutely ripped. He’s also returned to his first love, and that’s music.

Also Read: Everything You Need to Know About Lil Fizz’s Girlfriend on Love & Hip Hop: Hollywood

He Got Dragged into a Catfish Attempt

It’s not uncommon to come across an online dating profile with a celebrity’s name or picture, but Rich Dollaz never suspected his identity would be used to catfish someone. He recently made an appearance on MTV’s Catfish, when someone masqueraded as him online.

A single mom named Sheila claimed that she had fallen in love with him after interacting with him online. However, Rich tells host Nev Schulman that he doesn’t manage any of his social media profiles himself and he never courted Sheila.

Rich introduced his nephew Rove, who managed his profiles. Rove didn’t have much empathy for Sheila’s predicament. He confessed that he used Rich’s account for his entertainment by slipping into DMs and soliciting naked photos of several women who are under the misconception that it’s the L&HH star speaking to them.

Check out Rich’s brief appearance on Catfish below.