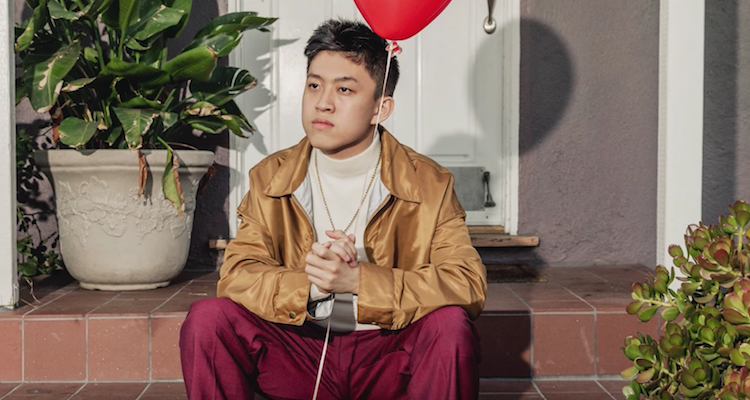 Why did Rich Chigga change his name? Like many others in the industry, the 18-year-old Indonesian rapper recently adopted a new title and fans are wondering why. Rich Chigga’s new name is Rich Brian and he recently debuted his tracklist for his upcoming album, Amen. We’ve got all the details about him here, including the reasons behind his sudden name change!

From Rich Chigga to Rich Brian

The “Dat $tick” rapper’s real name is Brian Imanuel, but he started out his career with the stage name, Rich Chigga—an ethnic slur combination of “Chinese” and the N-word used to describe “ghetto” Asian people. However, he has since changed it to Rich Brian! It’s not uncommon for artists to change their names as they progress in their careers. Prince, Snoop Dogg, and Sean “Diddy” Combs have all gone through the revolving door of name changes.

Why the Name Change?

In a 2016 interview with The Fader, Brian talked about why he regretted his rap name and shared his thoughts on changing it.

“[The name] just started from me making my first song,” said Brian. “I was talking to my friend about it back then like, “Damn. What should I name it?” And my friend was like, ‘Let’s pick the most controversial s**t ever.’ I didn’t really know what I was doing and I definitely did not know people were gonna pop off like this. Now I’m kind of stuck with this.”

He continued, “I might change it in the future, I don’t know. I hope I can do it. But as for now, I’m definitely not going to let it be the only thing that defines me. It actually kinda motivates me to do better so when people listen to my music they’re like, ‘Oh s**t, this is actually not bad.’ I’m not going to make my music based around this ignorant ass name.”

At the time, Brian said he didn’t know what he would change his name to, but he said that he didn’t want it to be associated with race, and used Kanye West and Kodak Black as examples.

While he doesn’t completely regret using the N-word in his song “Dat $tick,” Brian revealed that he wouldn’t use the word in the future and didn’t want to offend anyone. He caught a lot of angry tweets for using it, and for his former stage name.

“Definitely. I don’t really respond to them because I used to be the kid that got into so many internet arguments, back when I was like 13. But that s**t’s super tiring so now I always avoid them. So if I see those tweets I just close Twitter for a while. They would say shit like, ‘Rich Chigga, are you f*****g kidding me, what kinda name is that?’ But I kinda know what they’re saying. I can’t really please everyone.”

Brian released the tracklist for his new album, Amen, which consists of 14 songs. The biggest name featured on the album is Migos’ Offset, who is engaged to rapper Cardi B. He revealed the full list on his Instagram and fans are excited, so far.