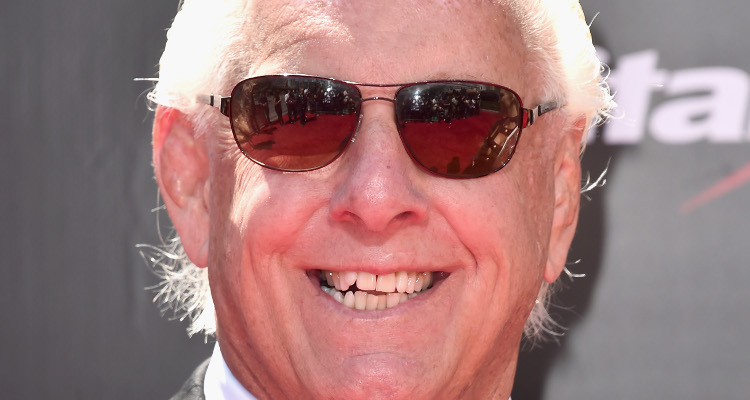 Ric Flair is an American professional wrestling manager and retired professional wrestler signed to WWE. Flair has been signed under their Legends program. Flair’s real name is Richard Morgan Fliehr, but he is better known under his ring name, Ric Flair. Flair is considered by many to be the greatest professional wrestler of all time. His career spans more than 40 years! Just check out the Ric Flair wiki page on the Internet. Right now, he is in the news because he has made a startling admission about his personal life regarding actress, Halle Berry. People are now asking, “Did Ric Flair sleep with Halle Berry?”. Don’t worry, we will tell you all we know about Ric Flair and the alleged tryst.

In Love with Wrestling

Flair was born on February 25, 1949 in Memphis, Tennessee. He lived his entire childhood in Edina, Minnesota. He attended the Wayland Academy as a schoolboy for four years, where he participated in inter-school wrestling, football, and track events. As a teenager, Flair took up a job as a lifeguard at a local pool in Minnesota. He attended the University of Minnesota, but later dropped out before obtaining his degree. While working as a bouncer in a club, he met some people who introduced him to the world of professional wrestling.

That’s when the legend of Ric Flair was born! Flair started out in the American Wrestling Association and soon became popular for his charismatic personality and his endurance in the ring. He had matches with well-known wrestlers like Dusty Rhodes, Hulk Hogan, Andre the Giant, Larry Hennig and Wahoo McDaniel. For a large part of his career, Flair wrestled in Japan. He was very popular in Japan and successfully defended his many titles against established wrestlers like, Genichiro Tenryu, Riki Choshu, Jumbo Tsuruta and Harley Race.

In October 1975, Flair was involved in a serious plane crash that almost ended his wrestling career. The plane he was traveling in crashed in Wilmington, North Carolina. The pilot died and Flair broke his back in three places. His doctors told him that he would never wrestle again. Flair’s will power and determination allowed him to recover within eight months and resumed his wrestling career. After this, Flair won several championships under different wrestling federations. He was also part of a tag team known as “The Four Horsemen”. Unlike most wrestlers who retire after a certain age, Flair continued to fight tough opponents. He became a leading attraction in America, as fans flocked to the venues where he was wrestling. People are wondering, “What is Ric Flair’s net worth?”. It is just $5.0 million, since he had to pay millions to his ex-wives in divorce settlements.

To Believe or Not?

Right now Flair’s age is 67, but he is in the news for something that, according to him, happened in the early 1990s. Flair has alleged that Halle Berry went “for a ride on space mountain” with him. This phrase is Flair’s code for having sex with someone. Flair has alleged that this happened after Berry’s break-up with David Justice. People are divided on whether or not to believe Flair, especially since no confirmation from Halle Berry herself has been made on the matter. Some people are wondering why Flair would make such a preposterous claim, unless it was true. The whole idea of Berry having sex with Flair is so ridiculous that it couldn’t be made up, so many believe it could be true. Others are saying that it’s just Flair running his big mouth, and that’s all. Berry herself has not commented so far on any of Flair’s claims.

Flair has been married and divorced four times. He has four children—three sons and a daughter. Never one to think small, Flair has entertained millions of wrestling fans in his long and eventful 40-year wrestling career. While Flair has made claims of having affairs with dozens of celebrities over the years, it is wrestling which has made him so famous. Flair continues to have as much fun outside the ring as he did when he was inside of it. And at 67, why not?