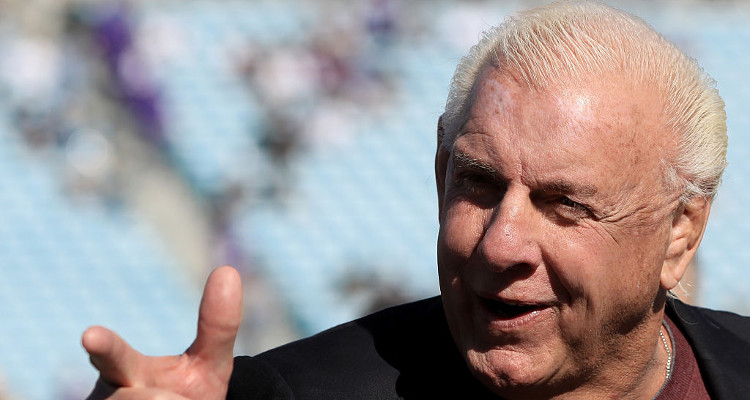 WWE star Ric Flair was checked into a hospital by his family on Saturday, August 12, for what his representative called “routine monitoring,” but things took a turn for the worse. According to the latest reports, Flair was moved to the ICU and faces tough health issues related to his heart. Family and friends are requesting fans to pray for him at this time.

Ric Flair was hospitalized due to heart-related issues on Saturday, August 12, 2017, at what his representative claimed was initially “routine monitoring.” Ric Flair is a professional wrestler turned manager signed to WWE under its Legends program. He is considered by many to be the greatest professional wrestler of all time and the best American performer of the 1980s. What happened to Ric Flair? Sources say he was taken to the ICU after his family admitted him to a hospital. While there is speculation that Flair was taken in for heart-related issues, this news is not confirmed.

The Situation is Escalating

Ric Flair’s age is 68, and his representative initially posted a statement on social media saying, “Yes, Ric is checked into a hospital for some routine monitoring. No, there is no reason to panic. Yes, we’d like to thank his fiancé & the incredible hospital staff who are providing the best care. No, we cannot answer any personal questions. Yes, Ric would want you to go out and have a great weekend … Nature Boy style!” The tone has since changed, with Flair’s management team asking for prayers as Flair goes through “tough medical issues.”

A Matter of the Heart

Thank You For Supporting Me & @ricflairshop !!! IF You Order Today- I will Send You A Personal Tweet Or An Instagram Message!!! Leave Your @ Handle In Order Notes. WOOOOO! Happy Monday #linkinbio

Ric Flair’s ICU admission has raised red flags that the matter is more serious than initially suspected. In his book, Ric Flair: To Be the Man, the former WWE star revealed that he suffered from alcohol-related heart issues and speculation is rife that his heart is what led him to the ICU.

The Face You Make When You have Held Solid Gold Belts 16 Times…….And Counting!!!!! @ricflairshop

Nicknamed “The Nature Boy,” Flair won a total of 31 championships over the course of his long in-ring career. His last official match in the WWE was in 2008 when he lost to Shawn Michaels, and the same year he was inducted into the WWE Hall of Fame. Flair is still contracted to the company for a “WWE Legends” deal in which he appears in their programming, and merchandise is produced in his likeness.

Now, Ric Flair’s friends and colleagues have taken to social media urging his fans and well wishers to pray for him. Rory Karpf, who worked on an ESPN 30 for 30 documentary about Flair (which will premier in November) tweeted, “Please pray for my friend Ric Flair and keep him in your thoughts.” We too hope that Flair recovers quickly!