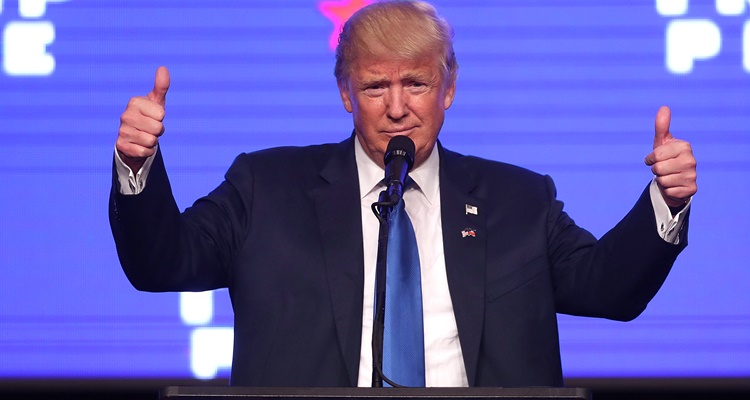 The third and final presidential debate has indeed made revelations about both candidates. One shocking statement came from Donald Trump, who has refused to accept the outcome of the 2016 U.S. presidential election. This has certainly enraged the public and Republicans at large. Find out how Republicans reacted to it.

There are only 18 days until the 2016 presidential election. On Wednesday night, the third and the final debate took place between Donald Trump, and Hillary Clinton. This last debate has indeed opened the eyes of Trump supporters. During the debate, he refused to say whether he would accept the outcome of the 2016 U.S. presidential election, and Republicans supporting Hillary Clinton have lashed back at Trump for his comments. On Twitter, several Republicans have reacted to Donald Trump’s statement.

The fact that he won’t concede peacefully is far more terrifying than him not revealing his tax returns. Chris Wallace, moderator for third debate, asked Trump if he would accept the outcome no matter who the winner is. Trump went on to explain how the media is corrupt. After being pushed for an answer twice, Trump still refused to answer, deciding instead to keep everyone “in suspense” until election day.

News spread that Donald Trump refuses to accept the election results, though he refused to answer the question. However, his response did not go down well with neither the Democrats, nor the Republicans. Many have expressed disapproval on social media web sites. Many Republicans who are supporting Hillary Clinton have reacted by Tweeting out their opinion about Trump’s statement. Let us take a look at them:

Carlos added that accepting election results is fundamental to the way democracy works. 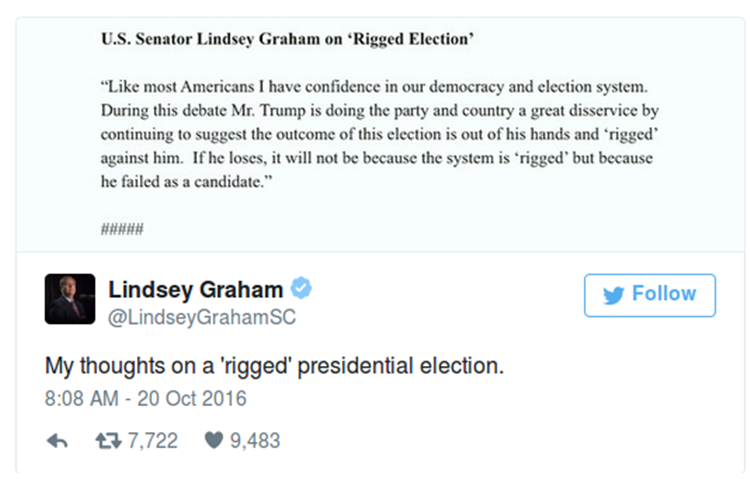 Democrats have also expressed their outrage at Trump’s statement. Many Republicans who support Trump, however, have stated that no matter the outcome, Trump will accept the result. His campaign manager, Kellyanne Conway said that he would accept the voting results, because he will win the election. She continued by saying that she would advise Trump to concede if he loses “absent evidence of widespread abuse and regularities.”

According to Trump, if he does not win the presidential election, it means Clinton, and her campaign, had something to do with it.

There are just 18 days left before the presidential election, and the third debate was the final chance for undecided voters to know which candidate they like best. Trump’s boat seems to be sinking. First with the sexual assault allegations, and now, with his statement about refusing to comment on if he will concede with the election results.

Well, now we have to wait for November 8 to find out how many people vote for Donald Trump and Hillary Clinton. Who’s side are you on? Let us know in the comments section below.