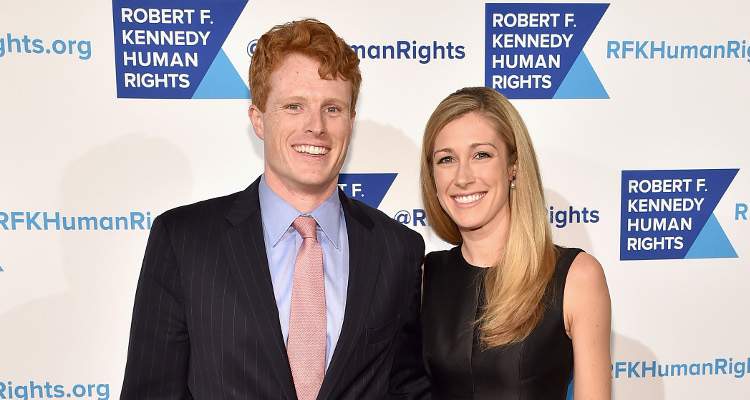 Hours before Rep. Joe Kennedy delivered the Democratic response to President Trump’s State of the Union address, his wife was cheering him on. Joe Kennedy III and Lauren Anne Birchfield make the most adorable couple in politics. We’ve got all you need to know about her, right here.

Find out about this amazing woman with details from Lauren Anne Birchfield’s wiki.

Who Is Joe Kennedy Married to?

Born on September 21, 1984, in Southern California, Lauren Anne Birchfield’s age is 33. Her parents are Rev. Dr. James and Marta Birchfield, and they live in Houston, Texas. Birchfield’s father is the pastor of the First Presbyterian Church of Houston.

Lauren Anne Birchfield attended UCLA, where she was a Rhodes finalist. After graduating with a degree in political science in 2006, she briefly studied at Oxford University, England. She graduated from Harvard Law School in 2009.

Joe Kennedy III was born in Boston, Massachusetts and attended Stanford University. He went to Harvard Law School and graduated with Birchfield in 2009.

In fact, Kennedy and Birchfield were Harvard sweethearts got engaged in 2012! They met in Elizabeth Warren’s class, who would later become the Senator of Massachusetts in 2012. Small world, right?

Go get ‘em, Daddy. We love you! pic.twitter.com/ZhMU3vGEhu

She Works in Healthcare

The 33-year-old is a health policy lawyer and worked with the Blue Cross Blue Shield Foundation of Massachusetts. She was most recently the director of health policy at the National Partnership for Women & Families in Washington, D.C.

Birchfield directs strategies for key health policy priorities and advocated the implementation of the Affordable Care Act. She was also a public member on the board of Family Medicine for America’s Health.

Kennedy’s wife previously served as the senior health policy and government affairs adviser for the Boston Medical Center and a policy representative for NARAL Pro-Choice America. She also co-founded the non-profit organization, Neighborhood Villages, to improve access to childcare.

Birchfield is also passionate about human rights and served as Editor-in-Chief of the Harvard Human Rights Journal. She advocates access to healthcare for women and children and supported CHIP.

Her Father Officiated Their Wedding

Joe Kennedy proposed to his long-time girlfriend in early 2012, a few days before he announced that he would run for political office in Massachusetts. He had resigned from his job as assistant DA shortly before running for Congress.

Meet James Matthew Kennedy. Born early this morning and doing great. First gift he received was (appropriately) a Patriots jersey from Grandpa Joe. Thanks to all for the kind words. We are exhausted, over the moon and deeply grateful! pic.twitter.com/F7D1ZVlDK7