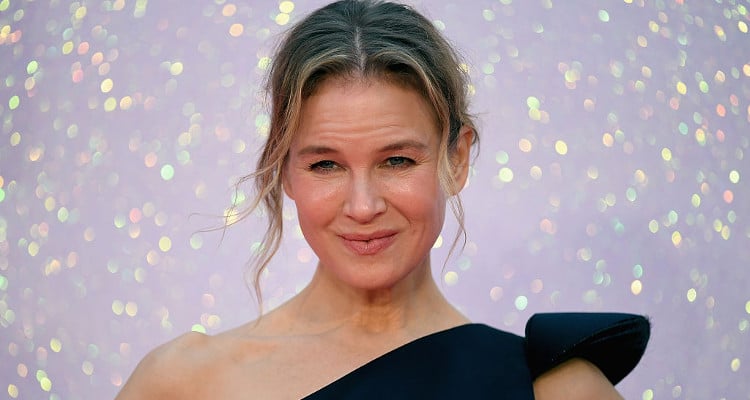 Oscar-winning (and heart-winning) actress, Renee Zellweger celebrated her 48th birthday yesterday. What is she up to now? Well, for starters, we’re going to see an all new Renee Zellweger in an upcoming movie!

Can you think of a certain actress who would go to great lengths to transform herself for her movie roles? Renee Zellweger just popped in your head, didn’t she? The marvelous actress, who turned 48 yesterday (April 25), has transformed and re-transformed for her roles, especially for the Bridget Jones series. Now that’s dedication! And still, people talk about Renee Zellweger’s plastic surgery rumors. She’ll show yet another new look in her upcoming movie. Here’s where Renee Zellweger is now.

Born in Texas, Zellweger has been an all-around over-achiever since childhood, whether it was sports, academics or acting. While at the University of Texas, she became interested in performing, thanks to an elective in drama. At that time, her father lost his job and was unable to finance her education. So, she took a job as a cocktail waitress while taking on small acting roles.

She worked in commercials and had many minor acting roles before landing her first major role in the 1994 horror flick, Texas Chainsaw Massacre: The Next Generation alongside Hollywood hunk, Matthew McConaughey. The movie was a flop, but the two actors were lauded as potential Hollywood megastars. She then became famous for playing Tom Cruise’s love interest in Jerry Maguire.

Her big break came when she landed the prized lead role as Bridget Jones in 2001’s Bridget Jones’ Diary. She was criticized for being too skinny and so she gained weight for the role and even learned to do a British accent. Her hard work paid off when she was nominated for her first Oscar and BAFTA awards. However, she won her first of both awards for Cold Mountain. Zellweger went on to do more critically and commercially successful movies, winning herself many more awards.

At the height of her career, she took a hiatus from her hectic schedule. After a six-year break from acting, she made a grand comeback with Bridget Jones’ Baby in 2016. Throughout her entire career, Renee Zellweger has amassed a net worth of $60.0 million and was once one of the highest paid actress in the world.

The A-List actress had high profile relationships, and was even engaged to Jim Carrey at one point. She was married to singer Kenny Chesney but they separated after only four months. Zellweger also had a long relationship with Bradley Cooper, but is now dating Doyle Bramhall II.

Renee Zellweger Then and Now

Zellweger has often gone through Johnny Depp-levels of transformation for her roles. For Bridget Jones, she gained weight, got voice training, and even worked undercover in a “work experience” placement for a British publishing firm to get into the lovable, relatable, affable character. The first time she gained weight also made her realize the emphasis on slim physiques in Hollywood when she was mocked for her curves.

After piling on the pounds, she quickly lost it again to play the super-sexy Roxie in Chicago. She put on weight again for Bridget Jones: Edge of Reason. Zellweger calls dieting “overrated” and she’s something of an expert on the matter having tried different weight-gain and weight-loss regimes over the years. She stuck to the Zone Diet for a bit, which involves eating a 40:30:30 ratio of carbs to fat to protein. She didn’t pack the pounds for the last Bridget Jones flick because she believed Jones had reached her “ideal weight” even if her life was still messed up.

But never has Zellweger’s transformations made headlines as when she stepped on the red carpet a while back looking like…well, not herself. Her signature puffy cheekbones and pout were absent. People began speculating that she had work done on her face. It wasn’t the first time she was the subject of plastic surgery rumors. In 2005, she and her Cold Mountain costar, Nicole Kidman were rumored to have undergone Botox. Meaner people said her face looked like someone who ate sour lemon candy.

There were reports more focused on Zellweger “Before and After Surgery,” paying more attention to her face rather than her acting. It became too much for her fans and even Renee Zellweger, herself. She defended her appearance by penning an essay saying she did not go under the knife.

“Not that it’s anyone’s business, but I did not make a decision to alter my face and have surgery on my eyes. This fact is of no true importance to anyone at all, but that the possibility alone was discussed among respected journalists and became a public conversation is a disconcerting illustration of news/entertainment confusion and society’s fixation on physicality.”

The actress is starring in the new drama flick called Same Kind of Different as Me with Greg Kinnear, John Voight, and Olivia Holt, which is expected to release in October. We’ve already got a peek of Zellweger’s new look in the latest trailer. The A-lister has transformed her blonde locks to brown ones and looks nearly unrecognizable!

About the red carpet appearance that started it all, Zellweger revealed that she was living with her friend who suffered from ALS. She said, “The reason I went to that event was that she wanted me to go, so she could be on the red carpet with me and prove to herself she wasn’t being defeated by this terrible disease,” and that day her appearance was the last thing on her mind.

Well, she said it! Woe to those who claim that Renee Zellweger got plastic surgery. This girl is aging like fine wine!