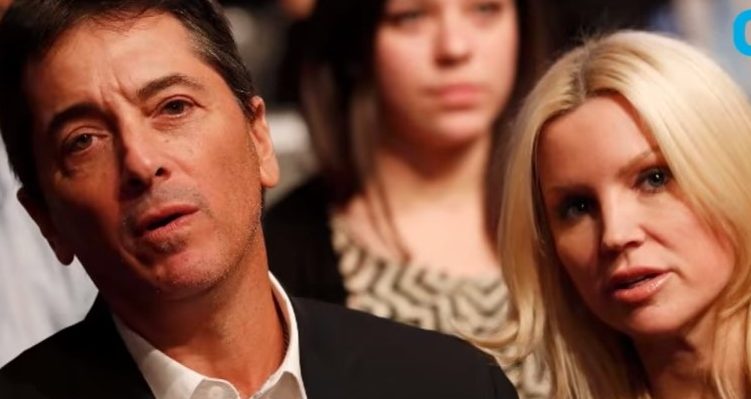 Scott Baio’s wife, Renee Baio, was a single mother at the age of 16 and worked hard to become a stuntwoman and actress in TV and films. She was diagnosed with a brain tumor in 2015 and has been spreading awareness about this condition. But now, Baio is busy defending her husband against some serious molestation allegations made by actress Nicole Eggert. Keep reading to know more about Renee Baio’s cancer diagnosis and the allegations made against her husband, as well as details from Renee Baio’s wiki.

The avalanche of famous men in Hollywood being accused of sexual harassment and abuse by alleged victims continues unabated. The latest celebrity in Hollywood to be accused is actor Scott Baio.

Scott Baio is an Italian-American actor and television director known for his roles in TV series such as Happy Days and its spin-off, Joanie Loves Chachi. He also starred in Charles in Charge and the medical mystery-drama series, Diagnosis: Murder.

Actress Nicole Eggert has accused Scott Baio of having “molested” her repeatedly when she 14 years old until she was 17. She made this accusation while replying to a tweet on the morning of Saturday, January 27, 2018.

Eggert wrote, “Ask @scottbaio what happened in his garage at his house when I was a minor. Creep.”

The actress starred with Baio on the TV series, Charles in Charge, which ran from 1984 to 1990. It was during this time that the alleged molestation took place.

The accusations have put the spotlight on Scott Baio’s wife, Renee Baio, who is supporting her husband in fighting these serious allegations. And now, people are curious to know more about her.

Mother at a Young Age

Born on December 24, 1972, in Tennessee, Renee Baio’s age is 45. Baio used to be an actress, stuntwoman, and a swimsuit model. She has even held a nine-to-five job once.

Renee Baio’s parents were named William and Beverly Stacy, and she is of American-Indian and Dutch ancestry. She has three siblings: a younger sister named Kimberly, stepsister Brandy, and Brian, her stepbrother.

Baio gave birth to her first child at the young age of 16 on August 30, 1989. She named her daughter Kalyn LaNae Sloan. The father was her boyfriend at that time.

Renee Baio later tried her luck as an actress in Hollywood and worked in movies like Murder-Set-Pieces and Nutbag, as well as TV series like The Girls Next Door. She was also Pamela Anderson’s body double in Baywatch, the iconic TV series that made every male want to be rescued by a sexy female lifeguard.

Scott Baio and Renee Sloan got engaged after spending some time together. The couple were married on December 8, 2007.

Scott and Renee Baio got married about a month after their daughter was born. The former stuntwoman was pregnant with twins, but she later lost one of the babies in the 11th week of gestation, which was hard on the couple.

Thankfully, the other baby was safe and was born five weeks premature in 2007. They named the girl Bailey Baio, but their happiness was interrupted when she tested positive for a rare metabolic disorder.

Shaken but inspired by their baby’s fight for survival, the couple started the Bailey Baio Angel Foundation.

Helping Other Families in Pain

The foundation provides financial support to other families who are suffering and dealing with metabolic disorders. But that wasn’t the end of Renee and Scott Baio’s troubles.

In June 2015, Scott Baio’s wife was diagnosed with a meningioma brain tumor, which turned her world upside down.

Renee Baio’s brain tumor came as a big blow to her husband and had a very difficult time accepting this. The actress, on the other hand, accepted her cancer diagnosis bravely and decided to go public with the news.

A Life-Saving Warning for Women

Renee Baio told People magazine, “I only wish my health issues to be open to the public in the hope that I can educate others. I want to bring awareness to this. I’ve been suffering from migraines and cluster headaches for almost two years, and I was told that because I am over 40 and premenopausal, my hormones had changed. Unfortunately, a lot of women are given this explanation, and they need to get checked out – an MRI did not pick up the tumor, but an MRI with contrast spotted it.”

Waiting for the Truth to Emerge

Nicole Eggert’s tweets and accusations have put Scott Baio in the center of a developing storm, but he has his wife by his side to support him. In response to Eggert’s tweets, Renee Baio tweeted that her’s husband’s legal team had served Eggert with two cease-and-desist letters.

Scott Baio has vehemently denied these allegations of sexual abuse and molestation. The actor is claiming that he is innocent.

Now, all eyes are on Renee Baio as she defends her husband against Nicole Eggert’s terrible accusations. For the sake of everybody concerned in this situation, we hope that the unvarnished truth comes out.