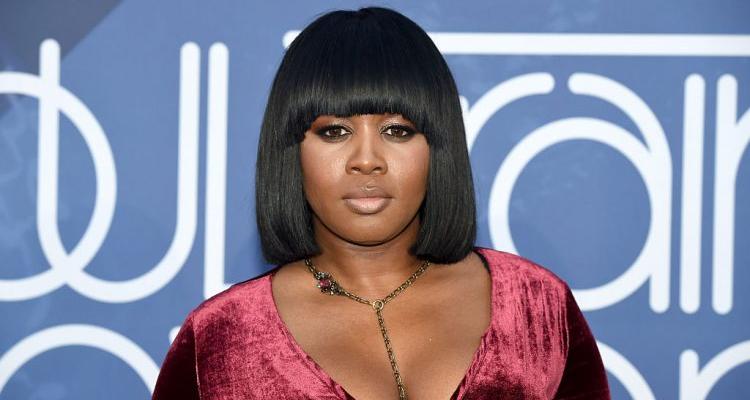 Remy Ma had to spend six years in prison from 2008 to 2014 because she was involved in a shooting incident. She got married to rapper Papoose while still in prison and resumed her music career when she was released from jail. Today, she has a net worth estimated at around $4.0 million and is working on her new music projects with a passion. Ma’s achievements prove that anyone can change and climb the ladder of success, even after making a big mistake.

Who Is Remy Ma?

Born on May 30, 1980, in Castle Hill, New York, Remy Ma’s age is 38 years old. Even though her real name is Reminisce Smith, she prefers to be known by her professional name, Remy Ma.

Remy Ma is an American rapper who became known for her work as a member of Fat Joe’s group, Terror Squad.

Her career took off in 2004 with the release of her debut album, There’s Something About Remy: Based on a True Story. She later released her second album titled Remy on the Rocks in 2015.

According to reports, Ma is currently working on her new albums titled 7 Winters and 6 Summers and PunisHer, and she’s planning on how to promote them.

Some of Ma’s songs have resonated with her fans and ended up becoming hits. These include “Whuteva,” “Conceited,” “Feels So Good,” “All the Way Up,” “Melanin Magic,” and “Company.”

She was recently in the news again with the release of her single, “New Thang,” with rapper French Montana. It will be featured on the soundtrack for the upcoming film, Uncle Drew.

Because of her success in the music industry, people are very curious to know more about Ma’s financial situation, especially her net worth.

Her Net Worth Is Growing

According to sources, Remy Ma’s net worth is estimated to be around $4.0 million and growing.

Most of her earnings have come from the sales of albums and singles, live concerts and tours, and her appearances on TV shows and series.

Ma also earned money through endorsing several products and brands over the years like Moschino, I Wear Glam, Karen Sabag, and Gucci. Now that she’s back on the scene and soon to release new hits, there’s no telling how her net worth will soar!

Remy Ma’s Net Worth Compared to Other Rappers

A Shooting Incident Landed Her in Jail

Ma got into major trouble on July 13, 2007, when she was accused of shooting Makeda Barnes-Joseph, who had earlier allegedly stole $1,000 from Ma.

The rapper turned herself in to the police and was later convicted of assault, illegal weapon possession, and attempted coercion. She was sentenced to eight years in prison.

Meanwhile, her victim had to undergo several surgeries. Barnes-Joseph filed an $80.0 million civil lawsuit against Ma in 2007 for damages, along with pain and suffering.

In May 2008, Ma married her fiancé, rapper Papoose, while she was in jail at the Bedford Hills Correctional Facility for Women in Bedford Hills, New York. She was released from prison on August 1, 2014, after serving six years.

According to Billboard, Ma signed a new record deal in 2017 with Columbia Records for around $2.0 million. She had been courted by Sony Music as well, before she finally inked her contract with Columbia.

Remy Ma’s record deal with Columbia Records will cover the release of her upcoming solo projects.

Her House Is Extravagant

The rapper owns an expensive, eye-catching house in Castle Hill. Remy Ma’s house includes a playground for her kids and has multiple rooms, with each one connected to a bathroom and shower.

The home is very comfortable and extravagant with an area of 5,342 square feet. The second floor contains deluxe guest rooms.

Not only is Ma a talented rapper, but she’s also an entrepreneur. She launched her own event planning business called Reminisce Events Designs, which has its own dedicated following on social media.

Playing with my angles in @FashionNova skirt & jacket ? #PregnantAndPretty #RemyMa

She Surprised Her Mother with a Lavish Christmas Gift

Remy Ma’s mother sacrificed a lot to raise her children and has been a big inspiration. After her success as a rapper, Ma reportedly had a problem staying with her mom as her house was too small.

So, on Christmas 2017, Ma bought her mama a new house and handed over the keys to surprise her. Ma said that this was just a small token of her gratitude towards her mother for having been a rock during her bad times.

The Future Is Full of Possibilities

With a new record deal with Columbia Records, a supportive husband like Papoose, and lots of ideas for her upcoming music projects, Remy Ma is looking at a new lease on life.

Despite her jail time and her ongoing feuds with other rappers like Foxy Brown and Nicki Minaj, Remy Ma is one of rap’s prominent female headliners. And her $4.0 million net worth is only expected to increase.