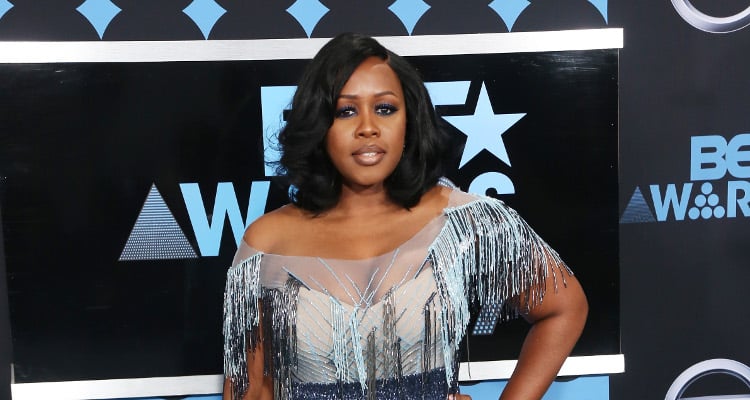 The BET Awards 2017 took place on Sunday, June 25, 2017 and several artists were nominated for their efforts and dedication within the entertainment and sports industries. Remy Ma won the Best Female Hip Hop Artist award. Here is everything you need to know about Remy Ma at the BET Awards 2017.

It was a sad moment for “Anaconda” singer Nicki Minaj, who has won the award for the Best Female Hip Hop Artist at the BET Awards every year since 2010. However, things took a turn this year when the award was given to Remy Ma. Though the category was dominated by Minaj for seven years, this wasn’t Ma’s first win, as she first received the award in 2005.

As she accepted the award, Ma said, “I want to thank God, first and foremost, I’ve been through a lot. To everybody who thinks there’s no such thing as second chances, I’m here to tell you that’s a lie. You just gotta keep working hard. Shout out to everybody in Bedford Hills Correctional Facility, Albion Correctional Facility. Anybody on parole—it’s hard, but you can do it. You can get second chances, you can make mistakes and come back. My husband—black love—I love you Papoose. When I didn’t believe in myself, you believed in me. My business partner, my brother, Fat Joe Crack. The whole entire team, Remy Mafia.” She ended her speech with four lines from her song “Spaghetti:”

“Y’all b*****s got fat while we starved/Shots in your ass, pads in your bras/Y’all some liars it ain’t no facts in your songs/And yeah that crown is coming back to the Bronx.”

Proudly representing the Bronx, Ma has made a name for herself in the music industry. At Remy Ma’s age of 37, she has released many power-packed singles such as “Money Showers” and “All the Way Up.” Her recent win is just a sign of more to come, meaning that Remy Ma’s net worth of approximately $500,000 is sure to grow.

Formerly known as Remy Martin, the rapper was first noticed by Big Pun and soon joined his crew. After Big Pun’s death, Fat Joe signed her to his crew, Terror Squad, where she not only started performing as Remy Ma, but also quickly saw success with a Grammy nomination, as well as a debut album with three hit singles. Since then, Ma has earned several awards, including two Vibe Awards, an ASCAP Pop Award, two Source awards.

Remy Ma was finally recognized after being released from prison in 2014. Three years was a long time for her to work her magic but she finally released Plata O Plomo with Fat Joe. This was the first time she won a BET Award in 12 years.

Ma competed against other artists like Nicki Minaj, Cardi B, Young M.A. and Missy Elliot to take home the award. It was definitely well deserved, and we cannot wait to see what Remy Ma comes out with next!