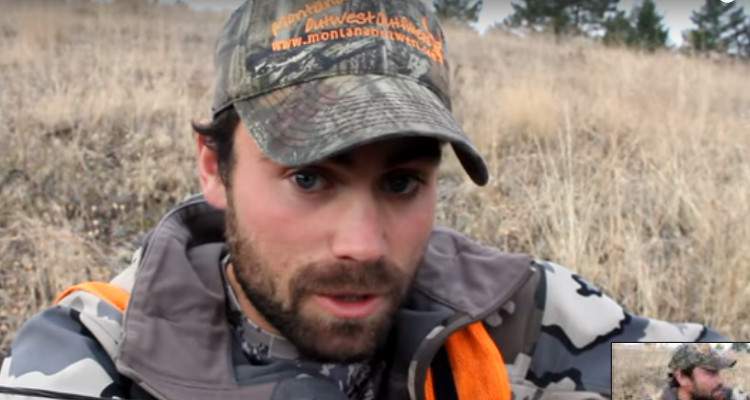 Remi Warren learned to hunt at a young age and continued to do so as an adult. He now has an uneasy peace with nature by hunting and killing for sport in the harshest areas of North America, New Zealand, and Africa. Through his camps, TV shows, and magazines, Warren teaches others how to hunt and live in the wilderness. He survived a near-fatal bear attack in October 2017 and lived to tell his exciting and frightening experience. Learn more about the bear attack in our Remi Warren wiki below.

Remi Warren considers himself a very lucky man. That’s because he’s one of the few men who was attacked by a large bear and survived to tell the tale.

In October 2017, he was out hiking with his brother and four friends when they were attacked by a massive brown bear (which he says was almost 12 feet tall) while having lunch. Even though Warren and another hiker had guns, it all happened so fast that they didn’t have time to react.

The bear charged the group at least three times but was outnumbered. The six men ran in different directions, yelling and shouting at the bear to confuse it.

Fortunately, it worked. The bear finally scampered off, leaving the six men alive and without a scratch.

Remi Warren’s bear attack story made its rounds through various interviews and media outlets. He says it all happened so fast that he couldn’t come to terms with the attack until much later.

Warren admits that it was one of the most dangerous experiences of his life. This really means something, as his life is full of risks, considering he hunts wild animals.

Ever since he graduated from high school, Warren has made a living working in the outdoor industry as a hunting guide, outfitter, photographer, videographer, outdoor writer, and TV personality.

FRESH FISH: Not long after my first cast hit the water, I had dinner on the other end of the line. Fresh Salmon cooked over the open fire by @stevenrinella. If given the choice between fresh salmon or a dehydrated meal for dinner which would you choose? #huntergatherer #meateater #fishing #salmonfishing #alaska #salmon @meateatertv cred: @dirtmyth

At the age of 22, Warren opened Montana OutWest Outfitters in Bitterroot Valley, Montana, which specializes in deer and elk hunts on public land. He later expanded the business with operations in New Zealand and Africa.

Warren hosts the TV show, Apex Predator, on the Outdoor Channel, where he studies the uniqueness of various animals. He then tries to adapt to the animal’s techniques and goes into the wild to replicate what he learned.

After a solid two hours of crawling through the wet grass, mud, and rain, I spotted the antlers tips of the buck I started out after. He was easy to identify with his long brow tines. This was it… the last push. He was 60 yards, but I wanted to get in closer… my next opening would put me at 30. I army crawled arrow in one hand, bow in the other. Only seeing the tips of his tines above the tall grass. I nocked the arrow, waited patiently till he looked away, and drew before slowly standing to get a clear shot above the grass. Before his head turned back my direction the arrow was on its way. #livewildhunthard #bowhunting #huntergatherer #axisdeer @yeti @uahunt #alwayslethal

The outdoorsman is also the co-host of Solo Hunters on the same network, where he goes into mountains and films his hunts alone. He is the sole hunter, cameraman, producer, and adventurer, as he lives and documents his experiences in dangerous environments.

Warren is also the field editor for magazines like Western Hunter and Elk Hunter, in which he shares hunting tips and tricks that he learned in his career as a hunter.

For a better insight into the world of wild game hunting, you might want to check out Remi Warren’s Instagram account. It has pictures of Warren posing with his kills, elks and deer, beautiful and awe-inspiring scenery, cooking meat, big fish, and the harsh wilderness where he holds his own against nature.

Through rain, snow, or shine we hunt on. Pushing through snow covered trees and steep slopes to the spot where I hope to find game. Work continues no matter the weather. #guidelife #hellotrouble @gerbergear #livewildhunthard @uahunt #gowhereyoudontbelong

In the perennial fight to survive against the harsh wilderness, you need courage and survival skills, and Remi Warren has plenty of both. He leads a tough life with threats of danger whenever he goes into the wild, but Warren wouldn’t have it any other way!