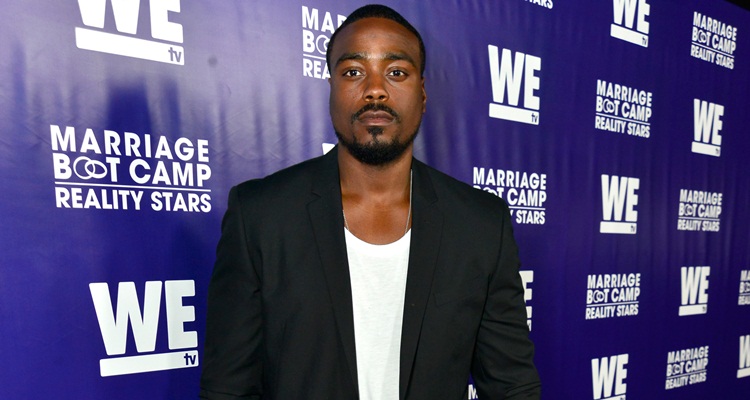 If you have been following Basketball Wives LA, then surely, you must be aware of Tami Roman. Roman is currently dating former football player, Reggie Youngblood, and many are curious to know more information on him, including things like, how old Reggie Youngblood is. For the answer to that and more from Reggie Youngblood’s wiki, then you need to keep on reading.

Tami Roman is a popular American television personality and a model, who stars in the hit show, Basketball Wives LA. Recently, Roman has been experiencing severe mood swings on the show. So to put her mind at ease, she decided to take a pregnancy test. Although it is unclear whether she is pregnant or not at this point, it is clearly evident that Roman is frustrated about something.

We still need to see how Tami Roman’s partner, Reggie Youngblood, reacts to her behavior on the show. Now that you know a little about the episode, let us take a look at Reggie Youngblood’s wiki.

Reggie was born on May 20, 1987, in Houston, Texas. If you are wondering how old Reggie Youngblood is, then you should know that the reality star is 29 years-old. He is 6 feet 5 inches tall and was an NFL prospect due to his amazing skills on the football field. Apart from being a reality star, Youngblood owns his own trucking company and is pretty occupied with his business.

Before starting his own business, he played football for four years at the University of Miami. In 2005, he participated in eight games in total. In the following year, he was a part of nine games and seven starts. He was a brilliant football player before he started his own trucking business.

Reggie Youngblood is in a relationship with Love Talk & Hot Jamz radio show host, Tami Roman. They have been together since 2013, and now sources claim that both of them are facing some issues in their relationship. However, they do not plan on ending things and instead are working on making their relationship better. Roman already has two daughters from her previous marriage with NBA basketball player, Kenny Anderson. For all those of you who don’t know, Tami Roman is 45 years-old and she is 16 years older than Reggie Youngblood.

Last year, in 2015, Tami Roman announced her pregnancy on the after-show for Love and Hip Hop Atlanta. However, it was revealed later on that the couple had suffered a miscarriage. It has been reported that Roman was over 10 weeks pregnant when she lost her baby.

Of course the couple was terribly upset over the ordeal, but they vowed never to give up on having a family and will try again for another one. Youngblood too was very upset about the loss of their child. He said that it is the worst pain he had felt since the loss his mother.

Sources claim that there are some real problems going on between Reggie Youngblood and Tami Roman. Losing a child is never easy, and though they still hope to have the family they long for, these are difficult times. However, they do want to work on their relationship, so they decided to star in Marriage Boot Camp: Reality Stars, where they will have specialists helping them work out their problems and get to the root of all their issues, televised for all their fans to see.