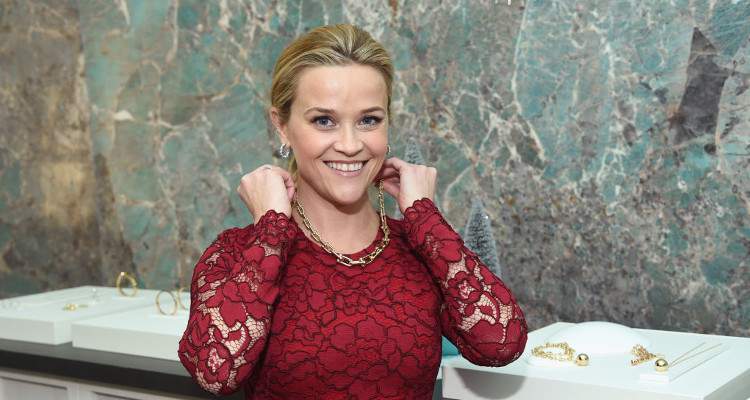 The year 2015 was a pretty quiet one for actress Reese Witherspoon, only appearing in one poorly-rated film (Hot Pursuit, which she also produced) and two television shows (Best Time Ever with Neil Patrick Harris and The Muppets, in both cases as herself). This is likely because she was busy launching her retail brand, Draper James, including its first physical retail location. But it’s a new year, and she’s already lined up an exciting new project!

On Twitter, the Wild star runs the “Reese Witherspoon Book Club,” indicated by the hashtag, “RWBookClub,” where she recommends quality reading material to her fans and they do the same in return. January 26 saw the latest recommendation, Opening Belle by Maureen Sherry, which Reese Witherspoon praised as being a “smart, biting & honest peek into life as a woman on #Wallstreet [sic].” But it turns out her post had a bit of an ulterior motive behind it (more on this later).

Opening Belle takes place in 2008 and tells the story of the self-made Isabelle, who, thanks to dealing with a lazy husband, has to do most of the housework and caring for the kids. Meanwhile, her ex-fiancé, who’s trying to win her back, happens to be her latest and biggest client. And if that wasn’t enough, she is also drawn into an effort to address the reduced pay and sexual harassment that the women at her office are subjected to. The book sounds like a good read, but there’s just one problem—it isn’t released until February 2! So how did Reese Witherspoon score an early copy? Well, it probably has something to do with the fact that she’s making the book into a movie! (Remember that ulterior motive we were talking about earlier?) “P.S. I loved #OpeningBelle so much that #PacificStandardFilms will be making it into a film,” she tweeted, though she first announced she was doing the movie way back in June. The book was likely chosen in part because Witherspoon formed her studio, Pacific Standard Films, with the goal of creating more films for and starring women—a goal that Opening Belle clearly fits.

P.S. I loved #OpeningBelle so much that #PacificStandardFilms will be making it into a film. ???????? #WomenOnWallStreet #GirlBoss

While Reese Witherspoon is confirmed to co-produce, she has yet to comment on if she will star in the film as well, although it would make sense. Matthew Aldrich, who wrote the 2007 movie Cleaner, has signed on to pen Witherspoon’s on-screen adaptation. Look for more info on Opening Belle following the book’s release next week!