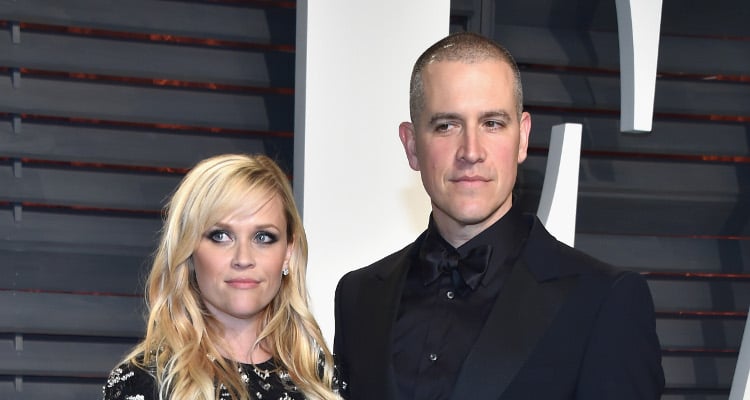 Reese Witherspoon has two movies in post-production, she has her lifestyle brand ‘Draper James,’ she’s a part-time horticulturist, she knows what must-reads of the season to suggest, she always looks chic while running errands, and still has plenty of time for her kids and husband! Phew! Where does she find the time? After a few relationships, Reese Witherspoon’s husband, Jim Toth, appears to be the one. He’s not an A-list celebrity like his wife, but he’s a big name in Hollywood. Here’s everything you need to know about the man Reese Witherspoon is married to, right here in our Jim Toth wiki.

James Joseph Toth was born in 1970, making him 47 years old. He is from Aliquippa, Pennsylvania. His father, Jim Toth Sr., was a heating and air conditioning installer.

Toth went to Loyola Marymount University in L.A. and graduated with a degree in political science. He began working in the mailroom of CAA (Creative Artists Agency). From there, he worked his way up and became an agent with a high-profile client list. Some of his biggest clients include Scarlet Johannson, Robert Downey Jr., Matthew McConaughey, Mary Elizabeth Winstead, Jamie Foxx, and the list goes on.

He’s Said to Have Been a “Ladies’ Man”

Witherspoon is a client of CAA, but is not represented by Toth. That’s probably how the two met and began a relationship. However, Toth’s friends and associates knew him as a ladies’ man, so they were surprised at how smitten he was with Witherspoon. “He used to be such a player, but he’s treating her like gold. He’ll do anything for Reese,” a friend of Toth’s noted.

Her Kids are Cool with Him

Reese dated her Cruel Intentions co-star Ryan Phillipe before they got married in 1999 and had their two children, Ava Elizabeth Phillippe and Deacon Reese Phillippe. When Witherspoon and Toth got engaged, Ava was 11 and Deacon was seven. Now 17, Ava is a dead ringer for her mother. The two look like twins!

According to reports, the kids were quite taken with her mother’s boyfriend. “He definitely lets Reese do the parenting and is more of a fun friend for the kids,” a source said. He is especially close to Deacon and they usually play ball or watch football together.

The agent proposed to Witherspoon with a four-carat sparkler that had a price tag of $250,000! They got married in 2011 on her ranch in Ojai, California. The guest list included the crème de la crème of Hollywood. Besides her BFF Renée Zellweger, Alyssa Milano, Tobey Maguire, Isla Fisher, Salma Hayek were some of the 120 guests in attendance.

The wedding was a luxurious affair with a pre-ceremony cocktail party and white doves under a massive white tent on the actress’ six-acre property. The Oscar-winner dressed in a custom-made Monique Lhuillier gown. They exchanged wedding bands designed by William Goldberg.

They Had a Run-In with the Law!

Last year, a video of Reese Witherspoon made headlines —but it’s not a performance she is proud of. Toth and Witherspoon were pulled over by police in Atlanta, after he drove in the wrong lane. He was found to have a blood alcohol level of 0.139 and was arrested and charged with DUI.

But it didn’t end there. Witherspoon was arrested with him for disorderly conduct! The police dash cam shows the actress berating the officer while she is handcuffed. Toth is seen trying to calm her down. She would later say in an interview that she was drunk and panicked, while admitting her behavior was unacceptable. She pleaded no contest to the charges and paid a fine.

She released a statement apologizing for her behavior, but it was Jim Toth who felt “awful.” According to his friend, he regretted that his wife got dragged into the debacle.