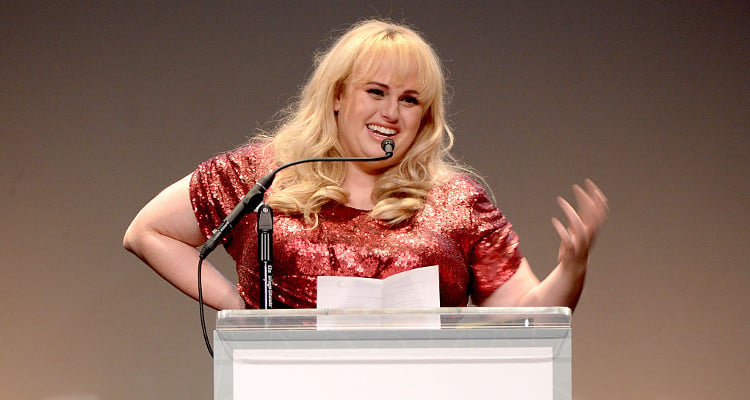 The year 2017 looks very promising for Australian actress, Rebel Wilson. She has lost around 40 pounds, has a bunch of hit movies lined up, and is feeling very chipper!

Who is Rebel Wilson?

Rebel Wilson is an Australian actress, writer, and producer. Wilson was born on March 2, 1980, in Sydney, New South Wales, Australia. Wilson attended the Tara Anglican School for Girls and graduated in 1997, earning a Higher School certificate and second place in a food technology course. Wilson has three siblings; sisters, Liberty and Annachi, and a brother, Ryot. Wilson’s first career choice was  in mathematics saying, “I was very academic at high school and was always good with numbers.” She attended the University of New South Wales, where she pursued a Bachelor of Arts degrees in Theater and Performance Studies and a Bachelor of Law degree.

Wilson studied at the Australian Theater for Young People in 2002 before moving to New York in 2003 after winning an International Scholarship. She trained in theater and was noticed for her stage musical, The Westie Monologues, which she wrote, starred in, and produced. Rebel Wilson also created the plays, Spunks and Confessions of an Exchange Student. From there, she had minor roles in the movies, Fat Pizza and Ghost Rider. Wilson also created and appeared in the TV musical comedy series, Bogan Pride and the improvisational series, Monster House, as well as the shows, Thank God You’re Here and Talking ‘Bout Your Generation. Then came the inevitable move to Hollywood.

She appeared in the comedy, Bridesmaids and the sitcoms, Rules of Engagement and Workaholics. Wilson started performing at stand-up comedy shows with fellow comedians Matt Lucas and Russell Brand. She then worked on three films Small Apartments, What to Expect When You’re Expecting, and Struck by Lightening, but her big break came when she starred in Pitch Perfect. Her portrayal of Fat Amy won her critical acclaim and various award nominations like Best Actress and Best Comedian. In March 2014, Wilson reprized her role of Fat Amy in Pitch Perfect 2.

Rebel Wilson looks ready to be the next best comedian in Hollywood. Some of her upcoming films that are expected to give good box-office returns are: Pitch Perfect 3, a remake of Private Benjamin, The Social Life, and the remake of the 1988 comedy classic Dirty Rotten Scoundrels. However, people are talking about Rebel Wilson’s weight loss now, with some asking if Rebel Wilson lost 220 pounds. No! Wilson has lost about 40 pounds for her upcoming role in Pitch Perfect 3. She has decided that once her film commitments are over, she will reduce her weight to 180-lbs.

Wilson is much slimmer now, and her new look has been complimented by her friends and fans. She is speaking to people about the importance of weight loss and the importance of suitable diet regimes. With a new look that has drawn admirers and a clutch of quality films set to release, 2017 looks like it is shaping up every well for Rebel Wilson.