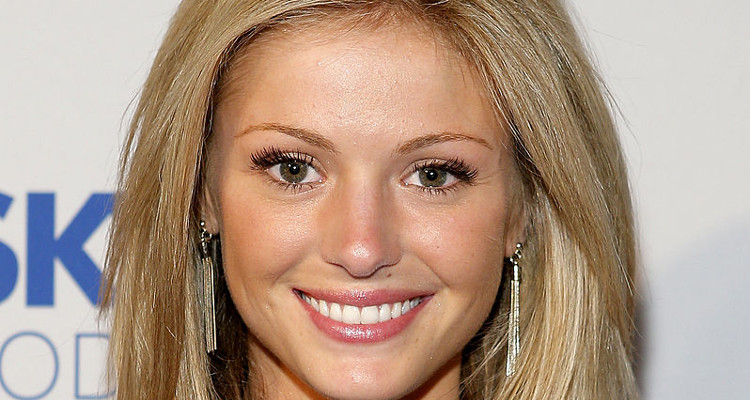 Rebecca Dalton is known as race driver, James Hinchliffe’s girlfriend, but she is a success in her own right. Dalton has been acting in popular TV series and films over the past six-seven years, and is slowly making a name for herself. She no longer needs to be in Hinchliffe’s shadow.

Dalton was born on January 10, 1989 in Oakville, Ontario, Canada. Currently, Dalton lives in Indianapolis, Indiana, United States. Dalton is one of the children born to Mark Dalton and his beautiful wife, Jane McKinnon Dalton. Dalton is the sister of Evan Dalton, the vice president of the Vancouver based financial services company, RentModa.

Starting off in TV

Dalton started her acting career in 2010 by acting in the TV series, Unnatural History. The same year, she appeared in the TV movie, My Babysitter’s a Vampire. In 2012, Dalton got a leg up in the TV industry. She acted in TV series like Lost Girl, Life with Boys, and The L.A. Complex. Dalton also played a supermodel in Life with Boys. In 2013 and 2014, she appeared in several episodes of the TV series, Degrassi: Minis.

2014 was a good year for Dalton. She appeared in several TV series such as Working the Engels, Suits and Saving Hope. She also acted in the TV movie, Rocky Road. Now, Dalton is looking for mature roles as she is keen on becoming a serious actress. That’s why she agreed to act in the movie, The Colossal Failure of the Modern Relationship. The movie is a smart, sexy comedy that explores the nature of relationships today.

In 2015, Dalton starred as Stephanie Lyons in the TV series, Spun Out. Spun Out has become very popular and Dalton’s acting in it has been appreciated. This year, Dalton has shifted her focus and is keen to act in more movies. She acted in the TV series Good Witch, but is also doing work in movies, as well. Dalton acted in the TV movie, A Perfect Christmas and in the big screen film, Total Frat Movie.

Dalton is a fan of social media. Just check out the Rebecca Dalton Instagram page on the Internet! It is full of photographs of Dalton with her friends and family. There are some adorable and happy photos of her and Hinchliffe, as well. It is obvious that Dalton is a warm and happy person in her off-screen life. No wonder Hinchliffe is so inspired to be able to drive his car at breakneck speeds!

Dalton is young at just 28 years-old and is very ambitious. She has a great career ahead of her. So far, she has mostly done light-hearted roles, but has also given enough cause to make a case for serious acting in the future. Her personal life is going full steam ahead and her acting career looks promising. As it currently stands, Dalton has a chance to make the best of both worlds.