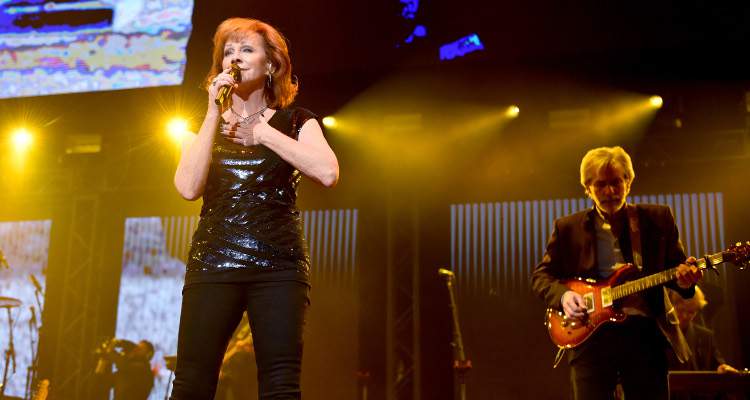 The holidays are upon us! The CMA Country Christmas aired on ABC Monday night and the annual extravaganza was hosted by country music superstar, Reba McEntire. The famous singer’s marriage to her manager Narvel Blackstock shockingly ended after over 25 years together, and the country music fans want to know what happened. Keep reading to know more about Reba McEntire’s ex-husband.

Country music stars ushered in the Christmas season with a beautiful performance at the Grand Ole Opry House in Nashville, Tennessee. Reba McEntire hosted the spectacular show that featured a long list of artists like Kelsea Ballerini, Luke Bryan, Alan Jackson, Lady Antebellum, and more. But all eyes are on McEntire and her relationship with former husband, Narvel Blackstock.

#1. Blackstock is from Texas

Blackstock is a television producer and worked on the 1999 television movie, Secret of Giving starring McEntire. He was also the producer of McEntire’s 2012 television show, Malibu Country. In the same year, he worked on the special Christmas show, Blake Shelton’s Not So Family Christmas.

Blackstock’s earnings as a television producer and music manager are high, but Narvel’s Blackstock’s net worth is unknown.

Blackstock married McEntire in 1989. He was previously married to Elisa Gayle Ritter.

McEntire and Blackstock met while working together on McEntire’s band. Blackstock was the steel guitar player in the band and also took on the role of McEntire’s manager. The couple got married in the beautiful setting of Lake Tahoe. It was a private ceremony attended only by the couple’s close friends and family.

McEntire and Blackstock also formed a music management company called Starstruck Entertainment in 1988 to manage McEntire’s career. The company has gone on to manage the careers of famous artists like Blake Shelton and Kelly Clarkson.

McEntire announced her divorce from Blackstock in 2015, after 26 years of marriage.

In a 2016 interview, McEntire revealed a few painful details of her separation and divorce.

She said, “The divorce was not my idea. I didn’t want it in any shape, form or fashion. So, it was really hard to make the adjustment. When someone’s not happy, I just want everybody to be happy in their lives because our lives are too short to be miserable, so I just thought it was the best thing to take my marbles, go play somewhere else, is what Daddy used to always [say].”

Blackstock and McEntire continue to have a professional relationship.

Blackstock has one son named Shelby Blackstock from his marriage to McEntire. Shelby is a race car driver. We found a picture of him with his dad on Facebook.

According to the website, the company is owned and operated by Blackstock. Starstruck Entertainment works towards developing musical talent.

Narvel Blackstock’s girlfriend was a close friend of McEntire and was often featured on the singer’s social media feeds.

Blackstock and Stroud were reportedly in a serious relationship in 2016, and marriage was in the cards, although Stroud’s Instagram feed has not been updated in four years and we don’t have any more information on their relationship since.

If you’re trying to find more pictures of the couple on Narvel Blackstock’s Instagram, you’re out of luck. Blackstock seemingly likes to keep his life private and prefers not to be on social media.