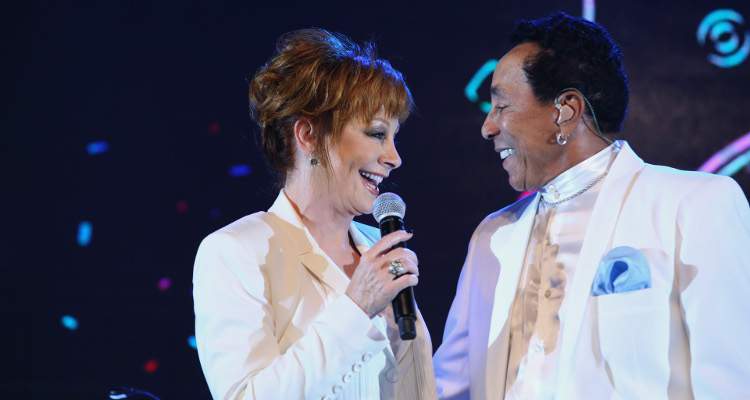 Country singer Reba McEntire gave us her hit “Does He Love You,” but now fans want to know, who does she love back? Reba McEntire’s private life has become the talk of the town ever since she was tapped to play Colonel Sanders in a KFC commercial. If you haven’t yet seen the commercial, do yourself a favor and check it out below!

Keep reading to get the scoop on the singer’s relationship history, including information about Reba McEntire’s ex-husband, too.

At one time, Reba McEntire was the sweetheart of country music. To date, she is loved by her fans the same way.

McEntire began her singing career when she was no more than 20 years old. She was discovered by country singer Red Steagall, after which she signed a recording contract with Mercury Records back in 1975.

The singer became an instant hit with country music fans. And the thriving country scene of the ‘70s gave her all the fame she could wish for.

A true-blue country gal, McEntire fell for steer wrestler, Charlie Battles, who was also a rancher. He was 10 years her senior and had two teenage sons. The couple married in 1976.

But come 1987, McEntire felt her career had taken a backseat. Her marriage to Battles ended the same year, and the singer moved to Nashville, Tennessee to pursue a career in singing.

Blackstock and McEntire married in 1989 in an exclusive ceremony in Lake Tahoe. The couple then took charge of things together, from managing McEntire’s music to forming Starstruck Entertainment.

Blackstock, like Battles, had three kids of his own named Shawna, Chassidy, and Brandon Blackstock. He and McEntire had a son, Shelby Steven McEntire Blackstock, who was born in 1990.

Did you know that Narvel’s son, Brandon Blackstock married singer Kelly Clarkson in 2013? McEntire and Clarkson even toured together and were loved by fans across the country!

Reba McEntire’s divorce with Narvel Blackstock came as a shocker. The couple announced that they were separating in 2015.

27 years ago Shelby came into my life! What a wonderful gift from God!!!! Happy birthday Shelby! Love you very very much. #toomuchfun #loveyouforeverandaleways

Who Is Reba McEntire’s Boyfriend?

Reba McEntire’s net worth in 2018 is an estimated $95.0 million, and her latest stint has fans buzzing about her again.

KFC has “handpicked” the country singer to play Colonel Sanders for their commercial, but it comes with a “fringed” twist!

The singer portrayed the chicken tycoon in their newest commercial, complete with a white wig and beard! However, McEntire brings her own country-chic element to the look by wearing a glittery jacket that has fringes at the back.

McEntire said, “I thought the transformation was really funny. I got a big kick out of it.”

These commercials are scheduled to appear until the end of April, though they are already available for viewing online.

With a busy schedule and a growing family, it seems like Reba McEntire’s love life has taken a back seat. She is currently not dating anyone and, according to sources, is very much single.

Reba McEntire is quite a catch, and we’re sure she won’t stay on the singles market for long! If you’re interested in checking out the full commercial, click here!