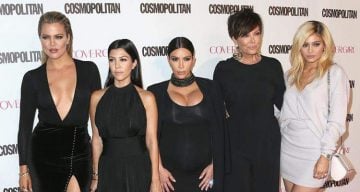 There’s no doubt that the Kardashians are one of the most relevant entities in all of modern pop culture. But there are a lot of misconceptions surrounding the actual source of their unimaginable fame and fortune. Who are the Kardashians and why are they famous? What does the Kardashian family have that other comparably normal families lack? What makes the Kardashians so special? To help answer these and a few other pressing questions about the Kardashians, we’ve taken the time to compile a comprehensive list of the biggest reasons the Kardashians have managed to achieve astronomical levels of fame and notoriety.

Why Are The Kardashians Famous?

With great fame, comes a lot of controversy…especially when it comes to Hollywood’s unofficial first family, the Kardashians. October 2017 marked the 10-year anniversary since Keeping Up with the Kardashians first appeared on our TV screens and even though the show has showcased a lot of the ups and downs the famous family has endured, there’s one thing that’s always remained constant: people just can’t get enough of the Kardashian-Jenner clan! And there are a lot of very good reasons for that, some of which you might not have anticipated. If you’re one of the many people who marvel at the Kardashian family’s immense fame and are scratching your head in confusion, then take a look at our list of reasons why the Kardashians are so famous and how they’ve managed to not only maintain, but also elevate their stardom to epic proportions over the years.

7. Kris Jenner is a Shrewd Businesswoman

Even before Kris Jenner became the highly revered matriarch of one of the most well-known families ever to grace our TV screens, she always had big aspirations and dollar signs in her eyes when it came to embarking on daring business ventures. In fact, she’s one of the biggest driving forces behind the success of the empire that the Kardashians have created and managed to uphold for well over a decade. Having wholeheartedly taken on the challenging role of “momager” in the lives of her 6 offspring, Kris is a veritable shrewd businesswoman first and a loving mother second. Judging by the way her grandchildren are being paraded around in the spotlight, it’s obvious that she instilled those exact same traits in her own children. Then again, it’s certainly made her a pretty penny for it!

6. They Know How to Cash In On Their Mistakes

By now, everyone knows about that infamous sex tape that starred Kim Kardashian and Ray J, which was leaked online back in 2003. While this incident didn’t necessarily launch any of the Kardashians’ careers, it certainly played a huge role in catapulting them into even greater stardom than any of them could’ve possibly imagined to achieve on their own. As the saying goes, sex sells—in this case, literally. According to Kim, the sex tape was unceremoniously released without her permission and it was never meant to be seen by anyone. This explains why she filed a lawsuit against Vivid Entertainment, but eventually settled out of court for the reported sum of $5.0 million.

Say what you will about the Kardashians, but they’re more than just fleeting cash cows for their mother! Kourtney, Kim, and Khloe have all held their own in the limelight and more than proven that they’re fully capable of being positive role models for young women in many ways. Not only do they constantly promote self love, body acceptance, and positivity, but they also use their celebrity status to voice their political opinions through their various social media platforms. Most of all, the Kardashian sisters are unabashedly proud to be who they are, even when they’re facing a great deal of backlash for it. They always stand by one another and support each other wholeheartedly.

Unbeknownst to many Kardashian haters, the family—particularly Kim—avidly supports numerous charitable organizations and hospitals. Many people mistakenly believe that they selfishly keep all of the money they make from their show, their endorsements, and the countless products that have been released under the Kardashian brand. However, it’s been reported that every year, Kim donates at least 10% of her earnings to various charities of her choice. Aside from that, she’s also taken the time to visit a few children’s hospitals in California while filming KUWTK. As part of her initiative to raise awareness about the perils of gun violence in America, Kim has also visited victims and their families in order to show her support. On top of that, the Kardashians have collectively spent a great deal of time speaking out about the Armenian Genocide and Kim even wrote a detailed composition that was published in the New York Times, urging more world leaders to recognize the horrific events that took place in 1915.

3. They Care About Their Fans

In case you’ve been wondering who the Kardashians are and what makes them famous, one of the main reasons people love them so much is because they actually care about their fans. They’ve demonstrated this by personally responding to messages and comments on their various social media platforms. On a much larger scale, they’ve even flown across country to spend time with some of their most loyal fans or flown them out to their home in L.A. for special events. Some people might consider this a tactical move, but not many celebrities are willing to do something so selfless just to make strangers happy.

2. They’re Always in the News for Something!

The Kardashians have perfectly honed the craft of remaining in the public eye in order to maintain relevance. Think about it: when in the past 10 years have the Kardashians not made headlines for one reason or another? Starting with Kim’s unforgettably notorious sex tape, leading up to Bruce transitioning into Caitlyn, Kim being robbed at gunpoint in Paris, Kylie’s lip kit controversy, then Kendall’s Pepsi ad fiasco, and so on. Most recently, Khloe and Kylie have been dominating the entertainment media outlets due to speculation surrounding their recently confirmed pregnancies. There’s always something new coming out about the Kardashians that keep people tuning into their lives and leaving everyone thirsty for more.

1. The Trial of the Century

Without patriarch Robert Kardashian, there wouldn’t be The Kardashians that we know and love today. It was 1994’s trial of the century, also known as People of the State of California vs. Orenthal James Simpson that first introduced the world to the Kardashian name. While Robert Kardashian’s participation in the trial didn’t quite cement his family’s upcoming media legacy, it certainly got the ball rolling, despite the fact that he was already a fairly wealthy and successful lawyer by that point.

Love them or hate them, the fame of the Kardashian name has risen so steadily to the top that’s it’s hard to imagine a world without them. And since they keep reproducing, it doesn’t look like we’ll have to—at least not for a couple generations!