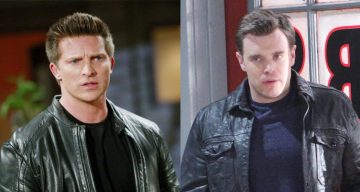 Who Is Jason Morgan?

The backstory behind Jason Morgan is a fairly long and extensive one. But to briefly summarize it, Jason Morgan is the product of the affair between Alan Quartermaine and Susan Moore.

Shortly after Morgan ended up with his father and Quartermaine’s then-wife Monica, he was sent off to boarding school. He returned a few years later much older than when he left (an apparent victim of soap opera rapid aging syndrome).

After a head injury, Morgan turned his back on his family and turned into a villain. He eventually ended up working as a mob enforcer. And after multiple storylines, betrayals, reunions, and babies, he was shot and kicked in the harbor, left for dead.

Two years later, he returned (with a slightly new face, which we will explain in a bit) and life returned to normal. Well, as normal as any soap opera life is until Patient Six appeared. 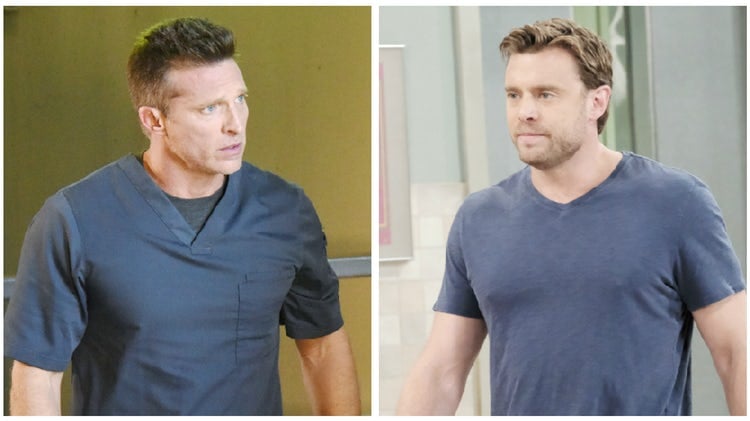 Currently, both Jason Morgan and Patient Six are claiming to be the real Jason Morgan. Complicating matters even more is the fact that both have memory issues, and seem to have some shared memories. So, neither one has been able to definitively prove their identity.

For viewers who may not have watched Jason Morgan’s early days, there are some behind the scenes factors that contributed to the storyline.

Adult Jason Morgan was originally played by Steve Burton, who left General Hospital in 2012. So, when Jason Morgan was brought back as a character, he was re-cast with actor Billy Miller. At some point, the idea to bring back Burton was conceived, and Patient Six was born.

EXCLUSIVE CONTENT: @1steveburton had a smile hidden up his sleeves this whole time. #GH #GeneralHospital

Will the Real Jason Morgan Please Stand Up?

Since the arrival of Patient Six, there have been numerous fan theories on his real identity. He was the real Jason Morgan. Patient Six is, in fact, Drew Quartermaine, the twin brother of Jason Morgan.

Recent spoilers for General Hospital reveal that resident artist/horrible person Franco has the results of a DNA test between Jason Morgan and Patient Six.

Franco holds the key to all the secrets.

According to Franco, the DNA test has revealed that both Jason Morgan and Patient Six are a DNA match, which means that the two are twins. This also means that one of the two men is Jason Morgan and the other is Drew Quartermaine, but which one is which?

And that is the ecstasy and agony of a General Hospital viewer. They know that they will get answers eventually, but they also know how soap operas work. For every answer, there is another question that becomes a cliff-hanger.

Eventually, we will find out which of the two men is Jason Morgan and which is Drew Quartermaine. But now, the question is: Do both men honestly not know their identity or is one of them lying?

Stay tuned to find out.