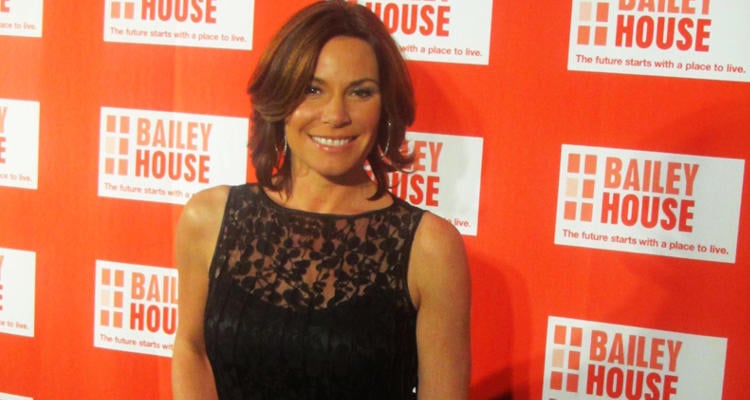 For all those people who have been keeping up with the show, you must be aware about what is currently happening! And you’ve got to be wondering, “Are Luann De Lesseps & fiance Tom D’Agostino Jr. still together?” Well, fortunately we will be able to solve that dilemma for you!

Just a warning for those of you who may have missed the chance to watch last night’s episode, this article may contain spoilers! So, only read on if you want to know, “did Tom cheat on Luann De Lesseps?” Let’s get down to business and find out if they are still together after the cheating allegations.

What would you do if you discovered that your friend’s fiance was cheating on her? You would be worried about how to break the news to your dear friend right? Bethenny was in that same position when she had to break the news to Luann. Clearly, she was very uncomfortable because she did not want to be the bearer of bad news, especially when Luann is planning to walk down the aisle!

Luann was in good spirits and was celebrating her engagement when Bethenny disclosed that she had photos of Tom cheating on Luann. The sad part about the situation is that the pictures were leaked a day before Luann’s engagement celebration. Sources reveal that Tom allegedly cheated on Luann with a Playboy model at the New York Regency Hotel.

Bethenny was clearly heartbroken and was teary-eyed when she disclosed this information to Luann. Tom’s cheating has not been 100% confirmed, however, in one of the interviews he admitted, “With any relationship, there are always bumps in the road. We had one misunderstanding that led to actions that I deeply regret. What is important, is that we were able to work through it and we are stronger than ever.”

Everybody knows about Luann De Lesseps engagement but fans are now unsure if she still wants to get married to Tom. Wednesday’s episode was divided into two parts, the next part of the whole fiasco will be aired next week. However, if you simply cannot wait to find out what Luann’s decision will be, then you will be happy to know that we will unravel that mystery for you.

If this question is still running through your mind, then to answer your question, yes the pair is still together! Luann still wants to get married to Tom, even after the cheating allegations. The couple is planning for New Year Eve’s wedding! They are still confused about the invitations, but they will probably work out the little kinks soon. If they can get over a feat as big as cheating allegations, invites should be a breeze!

We hope that pair have resolved their issues and that they they have a long and happy marriage. As for you, what do you think? Did he cheat on her or these are just rumors? Let us know your opinion in the comments section below!

To reacquaint yourselves with the Real Housewives of New York City cast, click here!