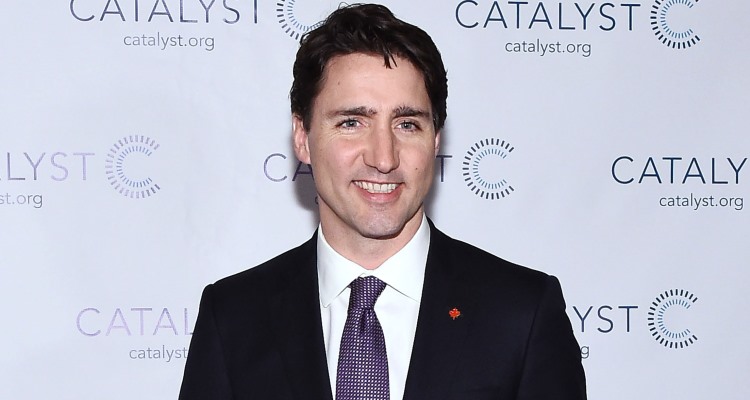 How can you run a country if everyone thinks you’re too pretty? Move over Kim Kardashian West because this time, it’s Justin Trudeau’s butt that is breaking the Internet! That’s right, the Internet has gone wild with Justin Trudeau butt memes and it doesn’t seem to be slowing down anytime soon. Is the Canadian Prime Minister’s butt really that big of a deal? We’ll let you be the judge.

Canadian Prime Minister Justin Trudeau himself isn’t blind to the fact that not only is he one of the youngest prime minister’s the country has ever seen, but also, he’s very easy on the eyes—except lately, no one seems to be looking at his eyes! Ever since he ran for prime minister, there have been no shortages of “Justin Trudeau hot pics” and with the latest memes, he’s the butt of every joke, literally. Probably not the best way to get people to take you seriously, but it certainly doesn’t hurt his popularity!

“Butt” where did it start? While at an event, Trudeau was seen standing in a way that let the outline of his pants reveal a great angle of his derriere. From then on, the Justin Trudeau memes were born and we have the best ones for you right here!

I Spy With My Little Eye…

Looks like someone’s version of neighborhood watch! We wonder what Trudeau’s wife thinks of all this attention!

Maybe He’s Born with It?

His hair is also a topic of discussion and it’s much better than President Donald Trump’s. Take note Trump!

My Eyes are Up Here

You’re eyes? Ain’t nobody got time for that! The photographer clearly made their choice and the Internet is forever grateful. Can you imagine if the hysteria if Trudeau’s butt wasn’t covered? 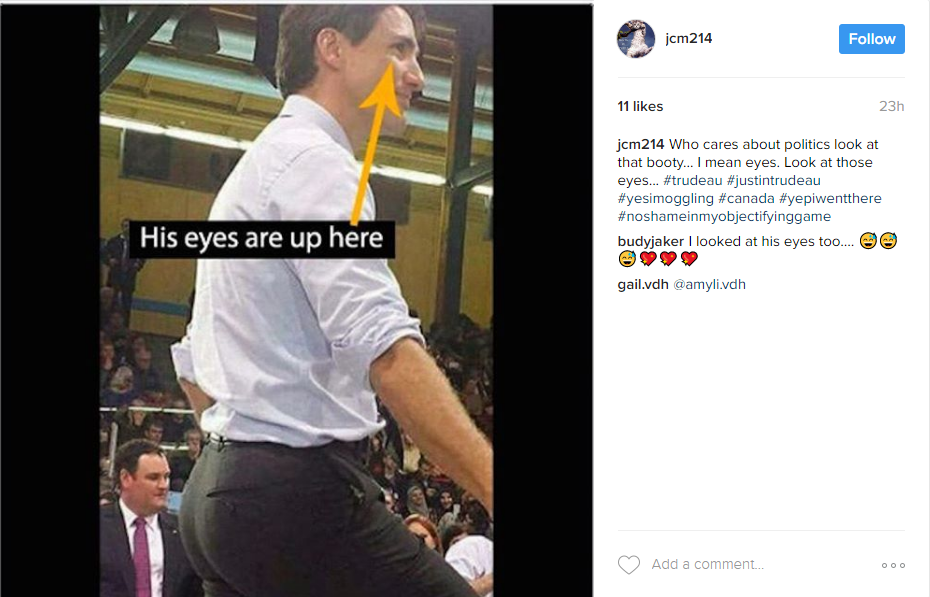 They grow them big in Canada! Now fans of the prime minister get both angles of the famous photo. The Internet has gone wild and all of the comments are NSFW! 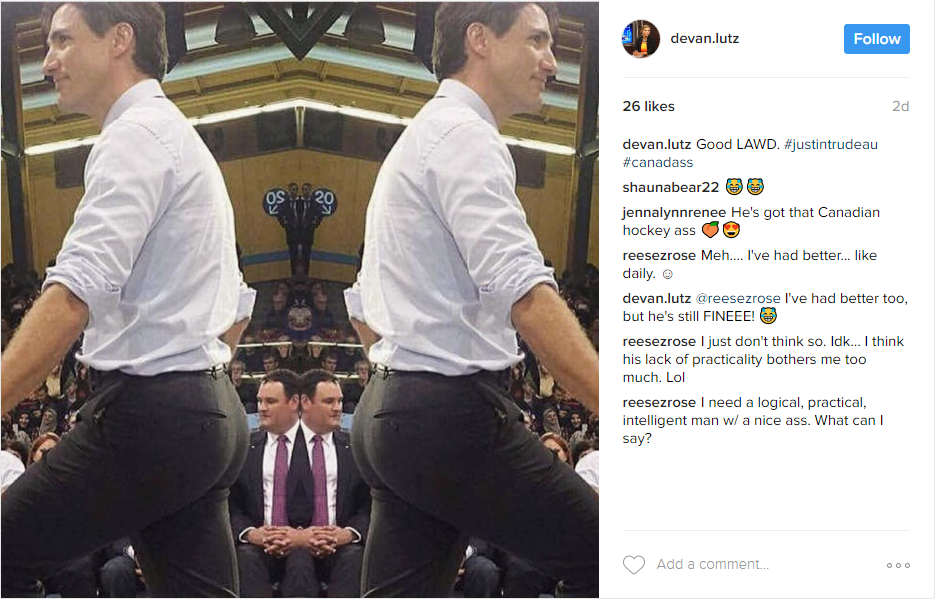 Who Wore It Better? Canada or America?

Once again, Canada is looking better than the United States these days! Canada not only has a liberal leader, but his butt looks better too! Anyone else booking a flight to Canada for the next four to eight years? 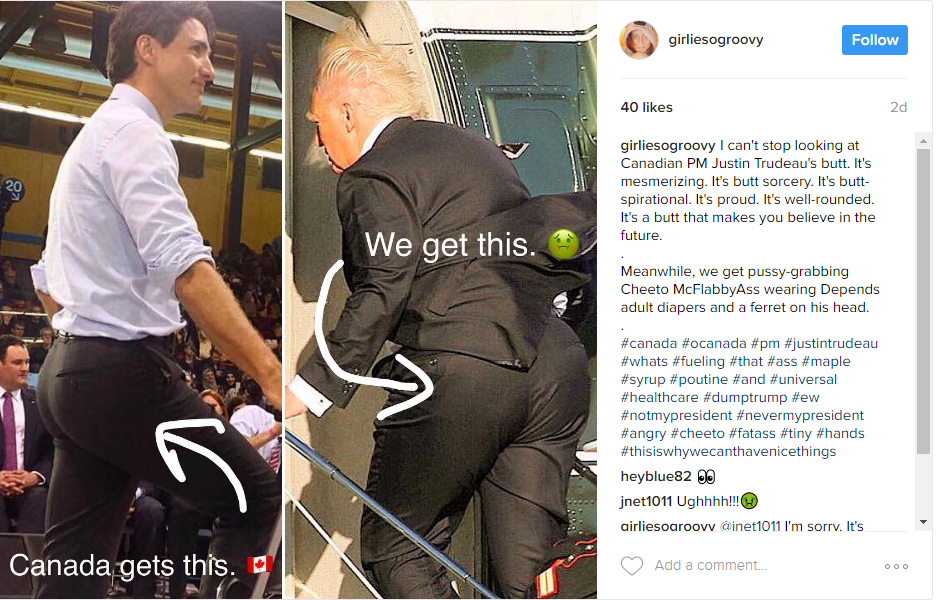