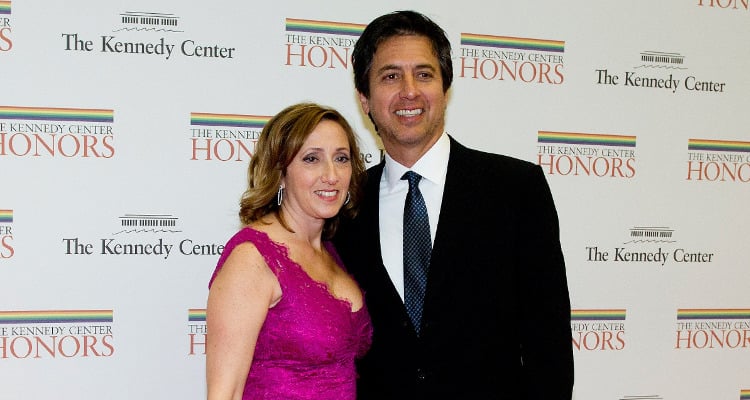 Everybody just loves him! Ray Romano, from the 90’s hit show Everybody Loves Raymond, is a 59-year-old actor and well-known stand-up comedian who can make you laugh with one or two funny jokes. But how is the man at home? Does his wife find him funny? In an interview on The Ellen DeGeneres Show, Romano revealed that the key to his successful and happy marriage is that his wife is unaffected by his celebrity status and treats him like she does anyone else. Here’s everything to know about Ray Romano’s incredible wife in our Anna Romano wiki.

Actor Ray Romano’s wife Anna Romano was born Anna M. Scarpulla on February 24, 1963. Like her husband, Anna Romano is also in the entertainment industry. She is a cinematographer and actress who is best known for movies like Because She’s Worth It (2012) and Class (2015).

She met Ray Romano in 1982 at the Williamsburg Savings Bank in Queens, New York where they both  worked at the time. The couple dated for almost five years and got married on October 11, 1987. They are happily married and getting ready to celebrate their 30th anniversary.

Of the four, Alexandra, Matt, and Gregory Romano are actors. Ray Romano’s daughter made several appearances on her father’s sitcom, Everybody Loves Raymond, and lent her voice to Ice Age: Continental Drift (2012).

Ray Romano’s wife is a cancer survivor. In February 2010, Anna Romano was diagnosed with stage one breast cancer. During a routine check up in October 2009, her doctor noticed an irregularity on her right breast.

Also Read: Kevin Hart Net Worth: How Rich is the Actor and Comedian?

As advised by her doctor, Romano went for a mammogram and a biopsy, and the results revealed that she had invasive breast cancer. “I couldn’t believe it,” she told People. The cancer was thankfully caught early and she underwent surgery and had to undergo radiation and harsh chemotherapy. With love and support from her family, as well as the treatment from her caring doctors, Romano is now cancer free.

In February 2012, both Ray and Anna Romano spoke to People about Anna’s diagnosis, treatment, and the impact it had on their family. Ray Romano told the magazine, “The reason we’re going public is to share our experience, yeah, but to have an effect…Our goal is to help people.”