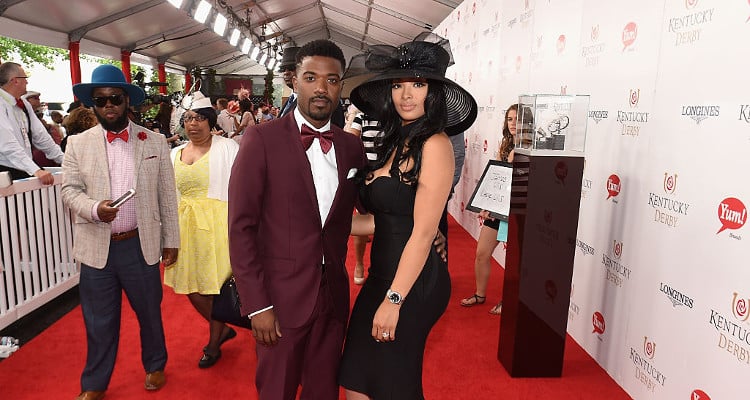 Ray J is best known as a musician and as the star of the sex tape that catapulted Kim Kardashian to fame. While the Kardashians became the First Family of reality TV, Ray J also hit the reality world. Ray J’s girlfriend-turned-wife, Princess Love, is also a reality star and we’ve got all you need to know about her, right here.

Ray J wrapped up Celebrity Big Brother recently and is glad to be back with his wife. We saw Princess Love on Ray J’s reality show, Love & Hip Hop: Hollywood. Princess Love and Ray J’s romance was the heart of the show. She’s had her fair share of troubles, which obviously made for some great reality drama. It’s natural that everyone wants to know more about her, so we’re sharing all we know about her in our Princess Love wiki.

She was a Stripper

Princess Pilipina Love Norwood is African-American from her father’s side and Filipino from her mother’s side. The reality star’s professional titles include video vixen and fashion designer. But before she hit it big, she was a stripper at a Las Vegas club. L&HH fans called her out for using what they thought was her stripper name. But it was later revealed that her real name is indeed, Princess.

The revelation came in the third season of L&HH when Ray J surprised her by inviting her father, Hugh Love, to their wedding. Love and her father have been estranged since her parents separated when she was young.

She Reconnected with Her Father

Last season, we saw Love’s parents and she opened up about her strained relationship with her father. Her parents split up when she was five years old and she didn’t maintain contact with her father for over 10 years. They have since reconciled, but Love revealed during the show that she hadn’t spoken to him in a year. So, Ray J surprised her by calling her grandmother, Barbara, and inviting Hugh to their wedding.

Ray J first engineered a meeting between his fiancée and her grandmother. Barbara told her granddaughter that Hugh wanted to be at her wedding and urged them to reconcile.

The couple tied the knot in the third season finale at the Vibiana in LA, with their parents and over 150 guests in attendance. Ray had nine groomsmen including rapper, The Game. His sister, Brandy, was Love’s bridesmaid.

Love is 4real! Takes time and patience! Learning to compromise and think about the other persons feelings as well as yours! Its not always easy but it sure feels good when we get it right. Love is a journey and im enjoying the ride! GOD IS GOOD! @princesslove

Ray J and Princess Love’s volatile relationship was the driving force behind L&HH. Ray J dated another of show’s stars, R&B singer Teairra Marí. They broke up, but the second season revealed that she had lingering feelings for him, which led to bitter feuds between her and Princess Love, Ray J’s girlfriend at the time.

Before Ray J, Love was dating Floyd Mayweather Jr., the pro boxer and son of legendary Floyd Mayweather. She probably learned a thing or two about thorwing a punch from her ex-boyfriend. In 2015, she was arrested for alleged domestic violence after assaulting Ray J following a heated argument!

Her Weight Loss was a Hot Topic

When Love and Ray’s wedding pictures came out, people were more focused on the bride’s weight than the happy couple. Love slimmed down and was flaunting a more svelte figure at her wedding. Princess Love didn’t like the negative attention her weight loss was getting and clapped back to the haters.

She revealed her weight loss regimen in a lengthy Instagram post to shut down her critics saying, “I’m Vegan and alcohol free. I went from 163lbs to 123lbs in 7 months the healthy way, by changing my diet and working out. When I was thicker I was eating junk food and drinking every single day. I’m happy with my body and that’s all that matters. I understand that everyone has an opinion and that’s fine.. But if I state my opinion about a lot of you, you would probably delete your IG, so from now on I’ll just keep it to myself… I’ll probably delete this in a few hours.”

So, there we have it. To be honest, we love Princess Love no matter what she looks like, and it’s clear that Ray J does, too!