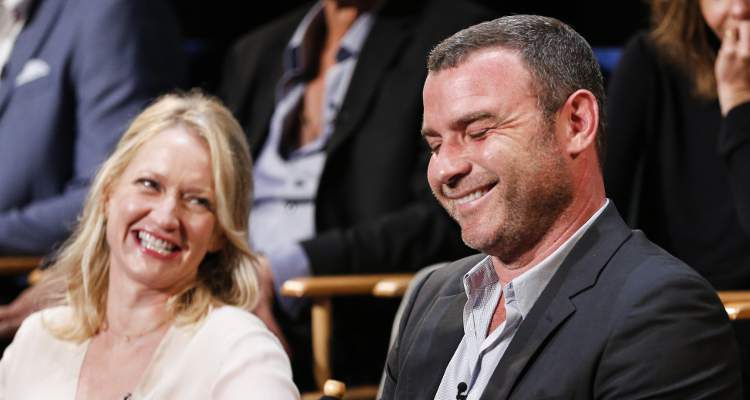 Ray Donovan season 4 ended on a somewhat pleasant note. At least the Donovan family was looking happy. But season 5 took a time-jump and it was heartbreaking for Abby Donovan. What happened to Ray Donovan’s wife? Get the tissues out! Here’s what went down on Ray Donovan season 5 premiere. For those who missed it, proceed with caution: This piece contains spoilers.

Last season, the Donovan family pulled off a huge job and were closer than ever. But Ray’s wife, Abby was not willing to get treatment for her cancer. Nevertheless, the season ended with them all smiles. Which is why the latest episode was a shocking contrast. About 10 months after the events of the season 4 finale, the Donovans seem to be reeling from something grave.

There are vague explanations in flashbacks showing what happened during the 10 months leading to Ray going to court-order therapy sessions. In one flashback, Ray and Abby survive a car accident. Ray’s children, Conor and Bridget, appear to be estranged from their father. Bridget, though, is seen bonding with a kid she met in the cancer ward of a hospital. The rest of the family is also dealing with their own job, health, and relationship problems.

The episode hints that Abby Donovan has died. However, the writers have made the circumstances surrounding her death mysterious. As the season progresses, we might find out whether Abby succumbed to her illness or something else lead to her death.

The Showtime hit was in dire need of a fresh start after a few disappointing seasons. So the writers are doing something new this season by sacrificing Abby Donovan to create more tension in the plot. As Mickey Donovan put it, “she was the brightest star in the sky” and it won’t be the last we’re seeing of her.

The show digressed from its usual form using flashbacks and series of sub-plots like never before. Ray Donovan season 5 explores the mystery of Abby’s death and how the family is dealing with it. Though she is not part of the current story, she will appear often in flashbacks giving us a hint to what happened.

Now 10 months after her death, Abby’s daughter appears to be looking into something related to her mother while Ray started a business in Abby’s name. The last flashback of the episode clues us in on something terrible when Ray returns home to find a sobbing Bridget. He bursts through a door and comes across something bad, but viewers don’t get to see it yet.

Not Yet a Goodbye

Paula Malcomson, who plays Abby, said about the painful season premiere, “It’s definitely hard to say good-bye to a character that you’ve played for a long time. It’s never an easy thing to learn or to have to do as an actress, but I also have high hopes that it’s going to be a beautiful season.”

However, Malcomson will be a part of the regular cast though she will appear only in flashbacks. Showrunner David Hollander explained the “narrative decision” behind why they had to kill off Abby saying, “It was about finding the best story to tell to get deeper into the character of Ray. And I thought it would give the show a chance to explore how important she is in a way that we’ve never been able to do.” Hollander also added that they will be using Abby’s death to push the story ahead.

Don’t miss a single moment of Abby and Ray Donovan when Ray Donovan season 5 airs on Sundays at 9:00 p.m. EST on Showtime.