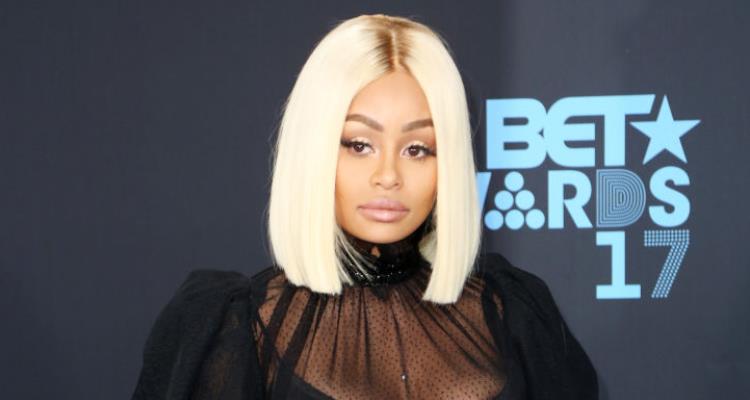 What’s going on over at the Kardashian household?! When all this drama started it wasn’t even noon on the West Coast, but the East Coast was enjoying the hot afternoon tea. The tea is courtesy of exes, Rob Kardashian and Blac Chyna, and it’s gotten very ugly and NSFW. Who’s Blac Chyna’s new boyfriend? Who is Blac Chyna dating now? Rob K. took to Instagram today to air out all of Chyna’s dirty laundry, and now people are scrambling to piece the facts together. Most importantly, fans have questions and need answers to who “Rarri True” could be. Keep reading if you want to know more!

Once again, we can’t keep up with the Kardashians and with the recent novel of a post Rob left on his Instagram this morning, we’re not sure anyone else can either. From one guy to another, the youngest Kardashian has put his ex-fiancée on blast, and now, the whole world knows it. Could there be another Blac Chyna baby daddy? At the rate of men she’s allegedly going through lately (according to Rob), there just might be!

According to Hollywood Life, Rarri (short for Ferrari) is a rapper from Chicago and his real name is Dejanel Carter. The 24-year-old rapper has released songs like “Rockstar” and “Just Go” and happens to be a model, as well. Rarri’s True’s net worth is unknown, but according to Rob’s text receipts, the Chicago native was accused of having financial problems. According to some of Rob’s allegations and hot tea he’s spilling about Chyna, Rarri threatened to expose Blac Chyna if Rob helped him take care of her.

Originally, Rob had posted the picture above of Rarri True with the caption, “And this the dude that posted a pic in the same bed Chyna and I made our baby in …The house that I pay for. That robe i prob paid for. Imma send u messages from this dude asking to link with me or he gonna expose Chyna if I don’t help him get money cuz he can’t handle the bills to take care of Chyna. Lol. I pay lambo. Ferrari. Down payment on the rolls. Downpayment on your moms car [sic].” But then, he reposted the same picture of Rarri two more times, with elaborate captions explaining his frustrations.

If you’re looking for all-access to Rarri True, then his Instagram is the place to be. Styled as “ferraritru3” the young rapper posts everything from his family to his everyday life and has 122k followers onhis account. From fast cars to swimming pools, Rarri True seems to be living the good life. But don’t count on seeing a pic of Blac Chyna and “Ferrari” anytime soon in his recent posts. The two have been put on blast, and based on the comments, fans have Rob’s back!

I made a way for you to live this good now, you don't have to thank me! I'm just blessed to say I kno you came a long way (FACTS)

One thing Rob and Rarri True have in common is that they are both fathers. He captioned one of his recent photo saying, “When yo daddy make it out of Chicago but come back to the hood and show his son them old 87th street Skating Rink Day Turn Ups Jukes [sic].” Majority of his photos are of him and his son playing together, much like Rob’s Instagram.

Are Blac Chyna and Rarri True Together?

Well, Rob certainly seems to think so! He released a barrage of Instagram posts claiming that his ex-fiancée has been cheating on him with two other men! First Rob, then Rarri True and later a guy named Mechie, whose Instagram is “mechiesocrazy.” Mechie was the man in the video that was allegedly sent by Blac Chyna to Rob, where she is fully making out with another man! It was this video that seemed to spark Rob’s outrage today, and it seems he’s had enough of Chyna’s crazy ways. He not only reposted the video to his own Instagram feed, but other messages and text receipts, as well! For those who don’t think that Rob can’t get mad and petty—just remember that he aired out Kylie’s personal phone number, which she quickly disconnected! It’s unclear if Rarri True and Blac Chyna are together at this point, but her nude photos (which Rob posted and deleted, or were likely reported and taken down) are property of the Internet now, and there’s no going back. Rob and Blac Chyna are at war and it’s getting gruesome.

Will Rob make good on his threat and take their 7-month-old daughter Dream away? No one knows yet, but there are also claims made that Chyna has been taking all kinds of drugs and Rob apparently has the texts to prove it! And the latest? Blac Chyna is now claiming that Rob allegedly beat her. One thing is for sure: This story is far from over…