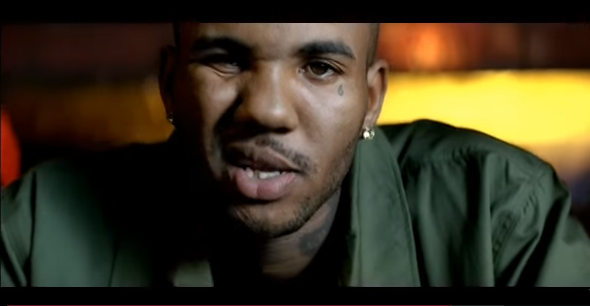 Ah, the music idol sleeping with an underage girl. It’s a story that goes back as far as rock and roll itself. Recently, a rumor started to make the rounds on Twitter that The Game (the rapper) has been absent from social media, not due to preparation for a new album or tour, but because he knocked up a 15-year-old girl and the two are trying to figure out what to do next. So, is it true? Let’s take a look.

The Headline of the Rumor

The Game gets 15-year-old pregnant! That’s the headline that you’ll discover if you do a little bit of searching on the Internet today. Dig a little further and you get the story. Supposedly, The Game met a girl from the UK at a club. He had no idea she was 15, they allegedly ended up sleeping together, and now, the girl has found herself pregnant. This has led The Game to withdraw from social media in order to figure out what to do, as getting a 15-year-old girl pregnant has a lot of wide-reaching complications, like possible jail time.

So, is it true? Is The Game this despicable creature preying on underage girls? We’re going with no… or at least no in the case of this rumor. We did a bit of digging and the funny thing about internet rumors, a lot of people don’t really look for details or check for facts. As far as we can tell, there is no substantial source on this “story.” The closest you get is some images of text messages between the supposed girl and a friend explaining how The Game is helping her out with living expenses and the baby. Except there are no names on these text messages and even if they were, that’s stuff easily photoshopped.

Instead, we think this may actually be the mutation of another earlier rumor that we also found floating around where The Game supposedly slid into the DMs of a 16-year-old girl from the UK. Odd that the general headline details are so similar, despite the fact that The Game is a guy who’s home base is Los Angeles. Even in the case of that rumor, the evidence was shaky at best. Dig a little further and you will find very similar stories about a rapper named PnB Rock from June of 2017.

The Game also makes a pretty easy target. He hasn’t been on social media for an extended period of time, he does have money, so travel is definitely possible, and (not to sound harsh), The Game has had a rep for allegedly mistreating women in the past. Whether the allegations against him are true or not, the bad publicity certainly isn’t helping The Game’s game.

It’s possible the rumor could have stemmed from a UK case where two rappers tried to kill a 15-year-old pregnant girl because she was having the baby of one of the two men. This all occurred in 2009 by the way, and this story, too, involved texting. While the main plot is different, some of the details are similar to these other rumors, but without any confirmed reports that The Game is the father of this 15-year-old’s baby, it is all speculation for now.

Remember kids, not everything on the internet is true. We will keep you posted on any updates or truth to this one.