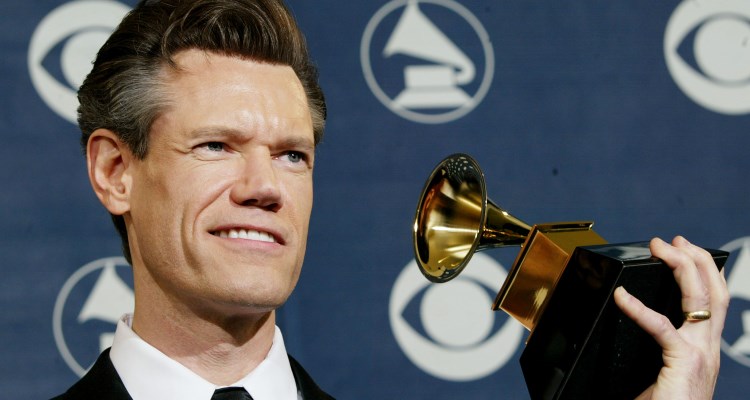 Randy Bruce Traywick, better known by his stage name, Randy Travis, was born on May 4, 1959 in Marshville, North Carolina. He is the second of six children born to Bobbie (nee Tucker), a factory worker and Harold Traywick, a horse breeder, turkey farmer, substitute teacher and construction business owner. His father is the one who encouraged Travis and his brother to pursue their musical talents, as he himself was a big fan of country music from a young age.

On Sunday, Travis was inducted into the Country Music Hall of Fame, alongside fiddler Charlie Daniels and record producer, Fred Foster. After suffering a stroke three years ago, Travis took to the stage and sang a rendition of “Amazing Grace,” despite his inability to speak complete sentences or walk without a cane. He was shaky and garbled, but managed to sing with his signature voice and it brought everyone in the theatre to tears. It was truly inspirational to see Travis back on his feet, doing what he had always done best. His induction was well deserved.

The 56-year-old may only have a modest net worth of $5.0 million, but that doesn’t change the fact that he has made an amazing contribution to the world of country music, with his brand of gospel and smooth guitar skills. Randy Travis’ net worth isn’t what gives him value to his fans, it’s his ability to bring them a unique sound that they can take anywhere and remember. Everyone has their own favorite Randy Travis songs and seeing him on stage was undoubtedly a huge relief for all his fans. Travis was an also an actor, second to his music. He appeared in TV shows such as Hey Arnold, Matlock, and Sabrina, The Teenage Witch.

In 2012, Travis was charged for drinking and driving and was arrested while naked, following a traffic accident. He had a blood alcohol level that was greater than 0.15 and the Class A misdemeanor was punishable by a $4,000 fine and up to two years in jail. Travis was sentenced to two years probation and a $2,000 fine, after pleading guilty. He also had to serve 100 hours of community service and 30 days in a treatment facility.

In 2013, Travis was hospitalized for viral cardiomyopathy after a viral upper respiratory infection, and three days later while in the hospital, he suffered a stroke and had to undergo surgery to relieve the pressure on his brain. It robbed him of his signature voice and despite therapy, Travis was unable to sing or speak and had difficulty walking and relied on a cane. Years of therapy and rehabilitation allowed him to mostly recover, so seeing him sing at his induction to the Country Hall of Fame was truly an inspiration to all.

Randy was married to Elizabeth Hatcher-Travis from 1991 to 2010. She worked to help support him when no one would sign him to a record deal, while he worked as a dishwasher.

In 2015, Randy married Mary Davis-Travis years after he divorced his first wife. Mary had been with Randy throughout his entire recovery and stood right next to him on stage when he sang “Amazing Grace” on Sunday.

Davis had been Randy’s girlfriend for a long time, but they got married quietly in March of 2015. They were engaged two years before his stroke back in 2013. Davis has been a constant presence in Randy’s life and has always been by his side. She would always keep his fans informed on his condition and stood by him when he took the stage last Sunday. Davis has two kids from her previous marriage: daughter Cavanaugh Beougher and son Raleigh Beougher. Davis was married to Ritchie Beougher, a cosmetic dentist in Dallas, Texas.