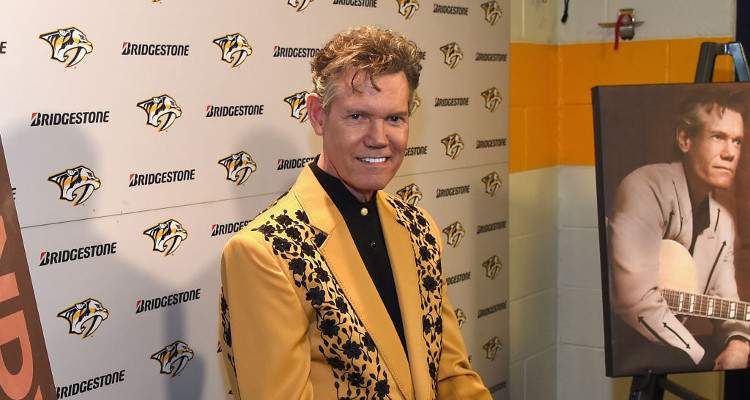 American Country music singer Randy Travis is in the limelight again, not because of his stroke, but for a recently released 2012 video of him naked and arrested, after crashing his car. So, where is Randy Travis’ today? If you want to know the answer to that, including Randy Travis’ health update, then keep on reading.

It looks like past couple of years have been really hard for American country music singer, Randy Travis. First, it was Randy Travis’ stroke. And now, his 2012 arrest video has been released, which shows the country star disorderly, naked, and screaming at the arresting officer.

Reportedly, in September, Travis filed a suit to stop the video from being released. He claimed that the release of the video meant violations of his privacy rights because, at the time of his arrest, Travis was on medication, wasted, and suffering from exhaustion.

However, Travis’ lawsuit fell on deaf ears. The U.S. District Court Judge, Sam Sparks, rejected his plea on Thursday and allowed the Texas Department of Public Safety to release the video.

The 2012 arrest garnered a lot of attention. And Travis reportedly tried everything to ensure that the video wouldn’t go public.

Randy Travis in 2017 is dealing with the fact that his arrest video has now gone viral. Travis was arrested back in 2012 after he crashed his Trans Am near Tioga. He then walked into a convenience store naked.

At the time of his arrest, Travis was found completely nude. In fact, according to sources, he was disoriented and didn’t even know that he was naked.

In the released video, Travis can be heard blessing the troopers and then threatening them and acting erratically throughout the video. Travis also told the troopers a story about how his father allegedly beat him up when he was a kid.

After Travis was handcuffed and put in the car, he said, “I grew up in a place where my dad was such a man, who told me to stop an Angus from reaking out of a goddamn herd of cows. So I ran after him, he stops me, and so therefore he whips me with a goddamn pair of reins and tells me to get him and I said “what the hell did I do, walk? That’s what I grew up in.” Much of his babbling didn’t make sense, and even the officer began laughing at some of the bizarre things he was saying.

Apparently, Travis also threatened the officer in the video and said, “You insulted me by locking me up in a goddamn cage, basically, with handcuffs behind me with my d*** hanging out! And I’m proud of my d***, it’s bigger than most, but you insulted me. You’re a dead man.”

After the incident, the judge sentenced Travis to two years of probation and was also asked to pay a $2,000 fine. Additionally, the country star was ordered to spend a month in an alcohol treatment facility and was asked to complete 100 hours of community service.

After the release of the video on Monday, Travis’ rep explained, “Randy’s behavior was extremely altered the evening of his arrest due to the state of his mental health, and substances in his body, causing him to do and say things that were entirely out of character.”

His rep also added that at the time of the crash, Travis suffered a concussion and further added, “Randy is deeply apologetic for his actions that evening. A man of integrity with a good heart, Randy does not and will never condone these type of actions that distort the true beliefs of Randy Travis and his entire family.”

Post his arrest, Travis has been reportedly concentrating on his health and recovering from a stroke he suffered in July 2013. He was taken to a Dallas area hospital for viral cardiomyopathy, where his health was claimed to be critical.

After three days, Travis suffered a life-threatening stroke and had to undergo surgery to get rid of the pressure on his brain. His health improved post brain surgery. But after his stroke, Travis could not speak or sing, and he also used a walking cane for more than a year.

Last year, it was reported that Travis’ voice was back after undergoing rehabilitation and therapy for almost three years. In fact, on October 16, 2016, the musician attended the Country Music Hall of Fame, where he was inducted. He also sang his rendition of “Amazing Grace.”

Is Randy Travis’ still alive? Yes, Travis is still alive and kicking! And, his fans are happy about the fact that his health is improving.

As of now, Randy Travis has not commented on the release of his 2012 video. And according to his rep, Travis deeply regrets his actions.

If you want to have a look at the video, then click on the link below.