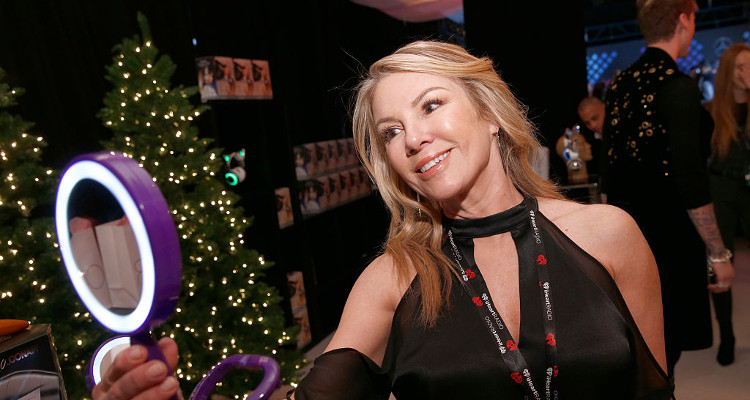 Fans of The Real Housewives of New York, get ready for a showdown! In one corner, we have the Skinnygirl entrepreneur and in the other, fashion maven, Ramona Singer! We’ll help you decide who to place your bets on by updating you on everything about Ramona Singer.

Last season’s camaraderie between Ramona Singer and Bethenny Frankel is just that; so last season. But season 9 of The Real Housewives of New York will see these two ladies at each other’s throats like never before! Who will be the victor? Longtime fans will most likely bet on Frankel, the most popular housewife in the show. Here’s everything to know about the other Real Housewife, including how Ramona Singer made her money in Ramona Singer’s wiki. You might just see that Singer is no less successful than  Frankel.

What was Singer Doing Before RHONY?

According to her web site, Ramona Singer is “the woman who really can do it all.” She is the oldest of four children from upstate New York, a far cry from her life in Manhattan today. Singer has often opened up about her abusive father on RHONY. That experience became her motivation to become financially independent and never depend on a man like her mother did.

She traveled to New York City to study at the Fashion Institute of Technology to fulfill her dream of working in business and fashion. Though she originally planned to complete a two-year program, her father wouldn’t let her go for her bachelor’s degree, calling it “a waste as she’s going to marry and have kids, anyway.” Instead, she proved him wrong and got a student loan. She then worked 30 hours a week to pay for her studies and was part of the first class to graduate from the four-year honors program with a Bachelor of Science in marketing.

Many reasons to #love a #spring day

She Started Her First Business at 29

By now, it’s clear that Ramona Singer could school you in fashion. Soon after graduating, she worked as a buyer at Macy’s. Then, at 29 years old, she set up her own business called RMS Fashions. Perhaps the one good thing her father did for her was lend Singer the money to start her business. RMS Fashions buys excess inventory from retailers and sells it to discount stores. Through her business, she worked with Calvin Klein and French Connection.

Her business was so successful that she was able to pay back her father’s loan “in full, with interest, within a month.” Thanks to her popularity on RHONY, her business got a boost and she expanded to Tru Renewal skin care, True Faith Jewelry, Ramona Singer Collections on Amazon, and Ramona Singer Jewelry for HSN.

Singer also launched her own brand of wine. With so much going for her, it’s no surprise she banks a sizable net worth of $18.0 million!

She Moved on from Her Husband

The 60-year-old was married to Mario Singer, a businessman. His family business, Classic Medallics, manufactures awards and gifts, and Ramona’s True Faith Jewelry was a sister company to it. The couple has a daughter, Avery, who is a social media star with over 45k Instagram followers. The 21-year-old was a student at Emory College before she transferred to the University of Virginia.

Season 7 of RHONY saw their messy divorce as a result of him cheating on her. Their daughter was not happy about her father’s indiscretions and reportedly took her mother’s side in the split.

The couple didn’t have a prenup, which led to their assets being split right down the middle. As Mario put it, ”I signed over the condominium to Ramona in exchange for a financial settlement on both our Southampton house and our New York City apartment.”

Ramona Singer and Avery now live in their Hamptons home, and the exes have moved on from their 22-year marriage. While Mario is reportedly trying the online dating thing, Ramona has a new boyfriend, at least that’s what everyone guesses from her Instagram. Before dipping into the dating pool, she also went in for some plastic surgery, namely a breast augmentation. She also got some hair extensions and a new fitness routine to feel sexy again.

Nothing like a #sweet16 #kiss ? from a handsome man