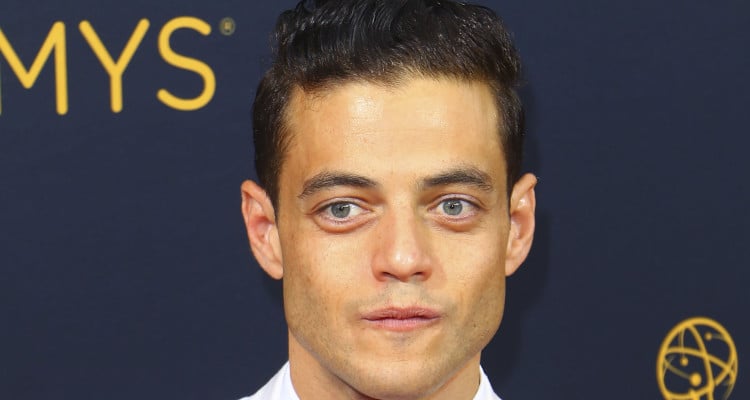 Rami Malek has won his first ever Emmy for his role as Elliot Alderson in the thriller drama Mr Robot. The actor came out of nowhere and won our hearts for his brilliant acting on Mr Robot. Those who are curious about the man behind the troubled hacker Elliot, we have all you need to know about Rami Malek, including his net worth, his twin, his family and career.

The 35-year-old actor shot to fame with Mr Robot, after playing many minor roles on film and television. In 2016, his acting stints, video game voice-overs and endorsements have earned him an estimated net worth of $7.8 million, which is continuously increasing.

Here’s some more information about this rising actor.

Malek’s family is of Egyptian lineage. His father was a tour guide in Cairo before becoming an insurance salesman, while his mother is an accountant. He has an identical twin brother named Sami, who’s younger than Malek by four minutes. Sami is a teacher in a Los Angeles Middle School. The brothers have an older sister who works as a doctor.

Rami attended Notre Dame High School in California, where his classmate was The O.C. star, Rachel Bilson. He also attended high school with Kirsten Dunst. Rami acquired his Bachelor’s degree from the University of Evansville.

Malek’s acting career began with a guest role on the TV drama, Gilmore Girls. He was later cast as the recurring character, Kenny in the comedy series The War At Home. The actor with Egyptian heritage played Pharaoh Akhmenrah in the hit Ben Stiller comedy film, Night at the Museum and the two sequels that followed. In 2010, Malek returned to the small screen as recurring characters on 24 and The Pacific and earned critical acclamation. Malek also joined the popular Twilight franchise, starring in The Twilight Saga: Breaking Dawn – Part 2. In 2015, Malek starred in the psychological thriller drama, Mr. Robot and that has won him a lot of praise. He plays a hacker suffering from social anxiety and clinical depression, who joins a group of hackers under the leadership of Mr. Robot, played by Christian Slater. The hackers’ group aims to erase all consumer debt of a corporation by hacking and destroying their data. The two seasons of Mr. Robot received great response and Malek was lauded for his acting. His portrayal of Elliot Alderson won him the Emmy for best Lead Actor in a drama.

Malek provided voice-over to characters in the popular video game Halo 2 in 2004. In 2014, he voiced Tahno in both the game and animated versions of The Legend of Korra. In 2015, he appeared in the PlayStation 4 horror game, Until Dawn. He lent his voice and was fully motion captured for the game.