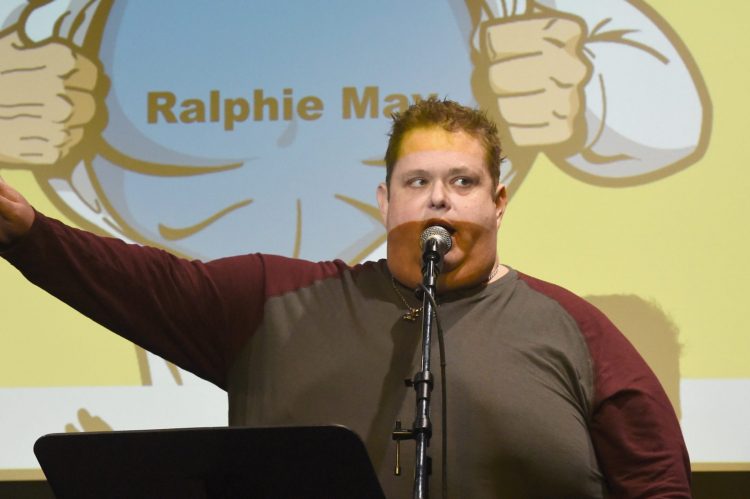 Ralphie May was attracted to comedy from a young age and found that he had the rare ability to make people laugh with his funny jokes and one-liners. After getting mentored by Sam Kinison, he went to Los Angeles and started working the comedy circuit. He made it big and appeared on several shows on Comedy Central and Netflix.

May had always struggled with obesity, and on Friday, October 6, 2017, he passed away due to a cardiac arrest.

Ralphie May, a loud and big-sized comedian, died on Friday, October 6, 2017, in Las Vegas, Nevada, at the young age of 45. According to his publicist Stacey Pokluda, Ralphie May’s cause of death was cardiac arrest. Pokluda revealed that he had been treated for pneumonia and had canceled several shows in September.

May was known for his comedy specials on Netflix and other channels, not to mention his extensive touring. At the time of his death, May was the in-house comedian for Harrah’s Casino.

May’s sudden death has saddened his family, friends, and fans as he was just 45 years old and full of life. If you want to know more about May and his work, keep reading to know some details from Ralphie May’s wiki.

Mentored by His Idol

Born on February 17, 1972, in the city of Chattanooga, Tennessee, Ralphie May was an American stand-up comedian and actor. He was raised in Clarksville, Arkansas.

When May was 16 years old, 42 of his bones were broken in an automobile accident.  He recovered, and at the age of 17, he won a contest that gave him an opportunity to open for the established comedian Sam Kinison.

May was thrilled at this because Kinison had always been his idol. And on Kinison’s suggestion, he moved to Houston, Texas, to develop his comedy routine. After graduating from The High School for the Performing and Visual Arts in Houston, May moved to Los Angeles, California, to begin his career in the entertainment industry.

I ain't even gonna try to hide my love for y'all, Iowa City. Making a Sunday a fun day. Thanks, #firstavenueclub and all you good folks, for a strong finish to a strong week. #unrulytour #iowa #iowacity #netflix #imperfectlyyours

Just like any beginner, May worked the stand-up circuit for some years. And in 2002, he made his feature film debut in For Da Love of Money. His performance received encouraging reviews in The New York Times, and his career in showbiz got off to a good start.

In 2003, May competed in the NBC competition series Last Comic Standing season 1 and won second place. The program was widely watched, and May got a lot of exposure from this series.

By this time, May had made a mark and appeared in several comedy specials like Girth of Nation, Austin-tatious, Prime Cut, and Too Big to Ignore on Comedy Central, as well as Unruly and Ralphie May: Imperfectly Yours on Netflix. May also appeared in comedy shows like The Wayne Brady Show, The Tonight Show with Jay Leno, and The Big Black Comedy Show.

16th hour in 10 years, ya'll, I present to you, Imperfectly Yours. Go check it out on Netflix. Big shout out to #netflix for helping me get two hours out in less than six months. And a heartfelt thank you to all those who have been with me from the beginning and allowed me to make you laugh. Here's to many more! #imperfectlyyours #netflix #RalphieMay

In 2005, May released his comedy album Just Correct that showcased another aspect of his talent.

Ralphie May’s net worth is reported to be around $2.0 million at the time of his death. However, some sources say that it could be as high as $4.0 million.

Ralphie May’s weight was always a problem for the stand-up comedian. He was a large man and grossly overweight but did not make it a focus of his stand-up comedy routine.

In a 2015 interview, May said, “My audience has accepted me for a long time as, you know, not a fat comedian but a comedian who happens to be fat. That’s a huge difference.”

Ralphie May’s wife was a fellow comedian named Lahna Turner. They were married on July 3, 2005, and had two kids, a daughter and a son. But the marriage was not a success, and in October 2015, Turner filed for divorce seeking joint custody of their two children.

Despite being a comedian, May had a serious side to him. And in 2014, he told The Charlotte Observer that he had another aspiration for his home state other than making them laugh and have a good time.

May said, “I’d like to be a US senator from Tennessee. I am not crooked, and I want to help people.”

Unfortunately, his untimely death robbed him of this opportunity. His obesity and his health got the better of him, and the man who had made so many people laugh passed away quietly.

Rest in peace, Ralphie May, and thanks for all the happy times.