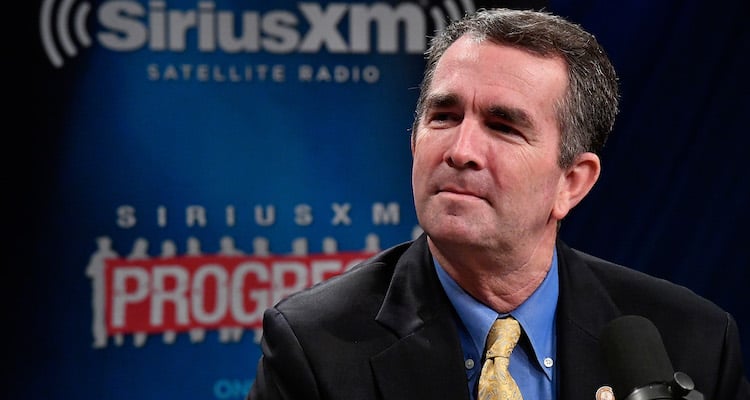 Virginia is currently in the midst of an election that may be a sign of things to come for elections across the country —or yet another sign of the current political climate, depending on how you want to look at it. The race for governor between Ralph Northam and Ed Gillespie is coming down to its final hours, and there are some very interesting things happening at the polls. In this Ralph Northam wiki, we’ll take a look at the candidate and examine his political career, along with Ralph Northam’s issues, causes, and personal life. What led to Ralph Northam’s Governor of Virginia run? Read on to find out.

Born in Nassawadox, Virginia, on September 13, 1959, Ralph Northam’s age is 58. He was raised on a farm in Onancock, Virginia by his father Westcott, a circuit court judge, and his mother Nancy, a nurse. In high school, he was a member of the basketball team and voted “Most Likely to Succeed.” After graduating, he attended Virginia Military Institute gaining his B.A. in biology, and proceeded to Eastern Virginia Medical School for his medical degree, which he earned in 1984. From 1984 to 1992, Northam served in the army as a doctor, eventually reaching the rank of major before he left the service in 1992. He then became a pediatric neurologist at Children’s Hospital of the King’s Daughters in Norfolk, Virginia.

Ralph Northam’s wife is named Pam, and the couple have been married since 1987. The pair have two children: A son named Wes, and a daughter named Aubrey.

Politically, Northam began as a Republican, voting for George W. Bush in both the 2000 and 2004 elections. He has since stated that he was under-informed on the issues at that time and regrets the way he voted. He made his first run for office in 2007 when he ran for Virginia’s state senate as a Democrat. He won that election and was re-elected in 2011. Northam’s politics tend to be fiscally conservative and socially progressive, and there was even a point where the local Republicans tried to get him to flip sides. Northam followed his run in the state senate with running for, and winning, the election for Lieutenant Governor of Virginia in 2013.

Northam’s current campaign is for the spot of Governor of Virginia. While at first, he seemed to be the front-runner, the campaign has gotten rather messy with attack ads on both sides. One of the more contested arguments has been around “sanctuary cities,” which are cities where illegal immigrants can take shelter from the current immigrant policies. President Trump and Northam’s opponent, Ed Gillespie claim that Northam was the deciding vote to allow these sanctuary cities to continue, and that has lead to an increase in gang violence in Virgina. These statements are mainly false due to Virginia not having any sanctuary cities in the state. It should also be noted that Northam stated that, as governor, he would sign a bill to ban sanctuary cities in Virginia. This is now currently being looked at as a blunder by Northam’s campaign.

As of this writing, the race is too hard to call. The standing of Ralph Northam in polls is all over the place. He made some mistakes, but Gillespie is aligned with a President that has one of the lowest approval ratings in history. Many political watchers are keeping an eye on this particular election as it may be a good preview of what we will see in the future.